Brexit was long in the making 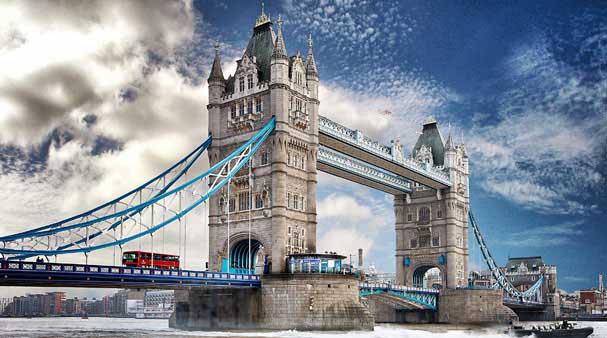 Aseed was sown by Michael Heseltine, a pro-European MP in 1990, challenging the leadership of Margaret Thatcher, which led to her resignation. Since then, the Thacherite Tories have hated Europe. The quarrel wrecked John Major’s term as Prime Minister and then the Conservative Party lost successive elections until 2005, when David Cameron won the leadership. In 2014, Cameron was too scared about gains by the United Kingdom Independence Party. So just like an Indian politician to mollify anti-immigration voters in his party and to keep the party together, he promised a referendum on British exit from the European Union if he won the 2015 election. He was sure that people will vote to remain in. But many members of his party did not agree with him, including former London Mayor Boris Johnson. So Brexit was long in the making – almost 25 years. A well-orchestrated campaign was launched by Cameron supported by the US president and others. Treasury chief Osborne warned that after Brexit, the U.K. economy could be around 6% smaller by 2030 and that would mean a loss of income equivalent to about £4,300 (or $6,100) a year for every British household. All in vain.

The leave campaign’s trump card was immigration and they argued that its economy would be better off after an exit. Boris Johnson even likened it to an escape from prison. Such appeals to national pride played big roles.

The ‘Remain’ campaign taking a clue from Woodrow Wilson’s famous quote ‘Prosperity is necessarily the first theme of a political campaign,’ argued that the EU takes almost half Britain’s exports, whereas Britain takes less than 10% of the EU’s, and if the U.K. votes to exit, it will hammer investor confidence, an argument supported by  the International Monetary Fund.

Logically speaking, UK realized that the EU had unleashed the immigration bomb in addition to perpetual funding the PIGS, which could only grow in numbers in future demanding ever more budget financing. Since last 8 years on, the euro-zone remains in a permanent state of crisis, with Greece on the edge of financial collapse demanding perpetual EU bailouts which are funded by rich members including the UK. At the current trend, UK net annual migration could hit 400k within three years, cumulative increase of 1.2 million in just 3 years. This would be near double the rate of natural population growth running at about 230k per annum. Therefore, remaining within the EU ensured migration will continue to increase putting added pressure each year on housing, jobs and social services such as schools, NHS and the benefits system, virtually all of which are already at critical breaking point levels.

So the result of the much awaited referendum was as expected – young versus old, rich versus poor, London versus the rest of England, Scotland versus England and Wales. It shows just how divided is Britain, almost identical what the Raj systematically did with India 68 years back before leaving. England voted for Brexit, by 53.4% to 46.6%, as did Wales, with Leave getting 52.5% of the vote and Remain 47.5%. It shows only three percent voters tilted the balance. Scotland voted to stay in the EU by 62 to 38 percent, compared to the vote across the UK which saw 52 per cent opt to leave. Plans for a second independence referendum are being drawn up as one likely course of action to keep Scotland in the EU.

The most shocking figure was the referendum turnout – 71.8%, the highest turnout in a UK-wide vote since the 1992 general election. Although David Cameron has reassured the 2.9 million EU citizens in the UK that they will not be adversely affected, the ugly fallout is pathetic as immigrants and their descendants are being stopped in the street and ordered to leave Britain. Although ‘Leave’ advocates argued that there are about 3 million non-British EU nationals living in the UK, but they forgot to mention that about 1.2 million Brits are living in other EU countries. What will happen to them?

Although the number of foreign-born people living in the UK has gone from 2.3 million in 1993 to 8.2 million in 2014, a close look of the available data shows that Britain wasn’t suffering harmful economic effects from new migrants. There’s another problem with the migration theory because British hostility to immigrants long precedes the recent spate of mass immigration. That’s the reason support for staying in the EU was concentrated among the UK’s young, whose wages were hurt most by the 2008 recession. Support for leave was concentrated among older Britons, who had less reason to fear wage competition from immigrants.

Beside the above reason the third finger should be pointed at the EU institutions in Brussels for their lack of transparency and accountability. Europe’s economy as a whole have been not good since the global financial crisis. Brexit could create multiple problems and London will lose the status as the financial capital of Europe. Economically, the biggest victim of this will be the UK itself – both politically as well as economically.  And of course, the UK is only 3% of the Global economy.

But the political arguments are intended to take our attention away from the truth. In fact, Britain is suffering from xenophobia.  Bigotry on the basis of national origin. This vote was to reject liberal internationalism and in turn a racist reaction on the part of Brits who resented dark skinned foreigners (especially Muslims; don’t get carried away with the London Mayer). Secondly, Britain can never digest a strong Germany. And being a part of the EU it was helpless to advertise its supremacy like US or Russia. The third reason, which is more political, is the sentiment – “what happened to the Great Britain that I remember from when I was growing up?”

The world is passing through a new phase where anti-immigrant, anti-elite, and nationalist sentiments are playing major roles. So tomorrow it may be the time for a vote on Amexit. As Britons were tired of being bossed around by Brussels Americans too might raise voice as Washington as today America’s great wealth and productivity have been twisted into an effort to make the U.S. the dictatress of the globe, irrespective of financial, human, and constitutional cost. Referendum in Hungary is coming up on October 2, capping immigration limits!! These developments could lead to an end of peace in Europe since like US and many Asian countries the right-wing nationalist parties are getting stronger in Britain, in France and Poland. The impact can be understood by Heaven Crawley’s tweet: “This evening, my daughter left work in Birmingham and saw a group of lads corner a Muslim girl shouting “Get out, we voted leave”. So it has more to do with the growing Islamic terrorism, and the church certainly has a far bigger role in the unbalancing of strategic cooperation in different races, and religions.

The world must start preparing itself to confront a Bush part two and the all powerful church’s hidden agenda being unfolded in a bizarre way.