History Repeats – Not In Stock Markets 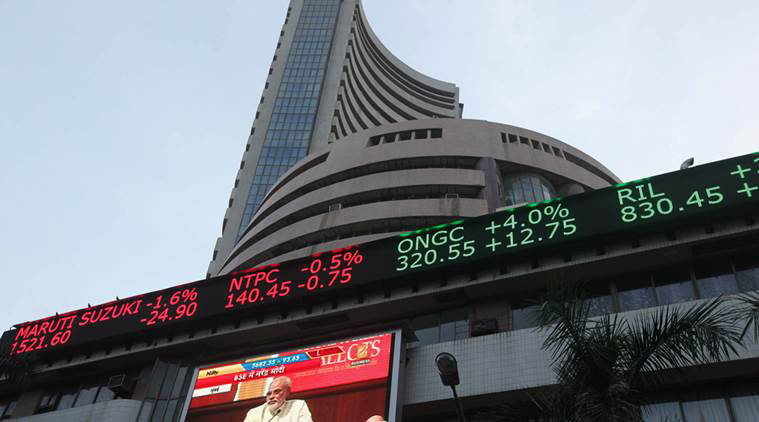 If You Aim To Fly With The Eagles, It’s No Use Learning To Swim With The Ducks

History repeats itself, sometimes in some of the worldly matters. Like the sun always rises in the east, but at different timings each morning; tides are certain, but their timing and height are not. One cannot step in the same river twice. Too many clichés on the subject probably provoked Henry Ford to say, “History is more or less bunk.” No matter how much, or how little of it you remember, what matters is what history you make today.

Most often, history does not repeat in stock markets. It is similar to the problem with forecasters, an entirely illusory set makes ninety-nine out of every hundred people on this earth believe that an orderly repetition of history allows accurate forecasting in stock markets. Order is what the human mind seeks in life, and particularly what traders pursue in stock markets. But there is none, anywhere. When it happens for the first time, it’s a tragedy. When it happens, the second time, it may be pure coincidental. But when it repeats for the third time, it’s a damn farce and by design.

If something hasn’t happened in the past does not mean that it wouldn’t in the future; likewise, the mere occurrence in the past doesn’t merit it to happen again and again. Britain ruled the world, was the rule till it was broken, bit by bit, first in the United States then in Asia and Africa.

In order to make money in stock markets, you better track what works on the Greed Street, rather than pondering over such silly theories that history repeats itself, and that too in regular cycles predictable to the p. It’s no use keeping company with the ducks who can’t train you to fly. Forget flying, they can’t even teach you swimming, the way fish do.

So-called market experts, not only believe in, but also edify to ordinary folks such absurd theories like “Golden Cross” on premise that every time the short term average (50 day) crosses over the long term average (200 day). Its reverse is “Death Cross” when the 50 day average moves below the 200 day average. It is something as ridiculous that January is always a profitable month and that March is always a losing month.

Many times when they are confused, which is often the case, or perhaps when they don’t find any plausible reason from their text book learning for a particular market direction and price action they compile, collate and come out with many foolish theories, in order to appear brainy on television’s “Bull or Bear” drama. They package the stupid formula in large spreadsheets to make it appear an intelligent work by a Harvard alumni and draw strange, absurd and illogical conclusions based on it. These prescriptions are more like throwing darts in the dark.

While devising such irrational formulae, analysts suffer from limited vision and look selectively at those narrow sets of figures that suit and help them prove their slender hypothesis, howsoever stupid and silly it might be. These rules – by the blind for the blind – at least from the markets’ perspective, do not consider those frequency tables in conjunction with a lot of other relevant statistics on the economy, consumer and investor behaviour, liquidity in the financial system, risk perception and appetite, relative asset valuations apart from cross-border capital flows and many other data points. Macro and micro issues do matter. And they do matter when they matter. When it does not behave as expected, they blame the market for being irrational and illogical. They wouldn’t admit that their flimsy hypothesis could be wrong. They see the world upside down. Formulas can fail, and they often do so, but markets never.

We learn from history that we do not learn from it. We learn the hard way that markets do not repeat, but surprise us repeatedly. History is merely a list of surprises that come fairly regularly in unpredictable time cycles. Our aim should be to learn to prepare ourselves to be surprised again, and profit from it, rather than get swamped by.

As with most myths, factual data does not support these cock-and-bull stories and the truth, these data reveal is that one has an equal chance of making money as losing by relying on these tricky tables. A coin toss is far easier and gives similar results as spreadsheets showing a fifty percent chance of a Golden Cross rally or a slump. Markets might indeed go up, or down, despite only a fifty per cent probability, but that would be for any of the thousand reasons that impact stock prices, and not merely the fact that it was a particular month of the calendar or that the stock averages had a Golden Cross.

The height of insanity is noticed in a peculiar trait that is observed among gamblers who insist playing only with their “lucky” coin that they always keep with themselves. Crack-heads believe that it is the coin that decides (in fact, they believe that they dictate the coin or can decipher in advance) whether it would be heads or tails, and not the laws of physics which apply to any coin that is flipped in the air. Somehow, they seem to be impressed by the character of Shakuni in the Hindu mythological classic Mahabharat. They forget that the dice may have six sides and eight corners, but no memory to remember who their master is and no ears to hear however loud he might shout. What investors do not realise that with the passage of time, market moves on; moving the history itself, thus re-writing the old and inventing the new principles. The market becomes more and more complex as analysts become more and more complacent with their historical knowledge and living in their own fantasy world of spreadsheets. Reject all these methods and systems which are more likely to distract you from your goal of profiting from playing the stock market game. Look at the big picture, but attend to small details as well, instead of just getting fooled by those abstract, tables, or blindly following those who themselves are befuddled by the popular fads fanned by the so called market experts.

Another formula, similar in principle to the earlier one, propagated by market experts is that stock returns around certain recurring events, such as yearly federal budgets, or accounting year end or general elections, can be predicted by using past data surrounding such seasonal performance. This again shows clearly the twaddle in the theory as they hardly care choosing the data sample and period of study. What fits in the narrow space between their two ears, is enough for jumping, and also leading you to the claptrap.

Analysts blabber endlessly on the popular news channels and fill gibberish in your head that the pre-Budget rallies tend to extend to the post-Budget month as well. As it did three out of six times in the past, it is likely to have an extended run this time since in the past, the market dived post-Budget four out of six times and so on and so forth. Try explaining this to a school-going kid. The political promises, economic deliberations and fiscal compulsions before each finance minister are different every time he rises to present the annual budget. And they remain so, beyond doubt, till he is in the hot seat.

Remember, history is just that – history. But investing and wealth building is about the future. Do not expect the stocks to move according to pre-determined formula in a straight line. Even kids would not agree with you. History is written by winners, not losers, of the war. It is but natural to expect that they would write the way it suits and positions them in the history when the same is read in the future. That’s exactly the point, and the ploy, in those theories which may go and do well for the theorists and not necessarily be useful, or may even be detrimental, to the followers’ financial health.