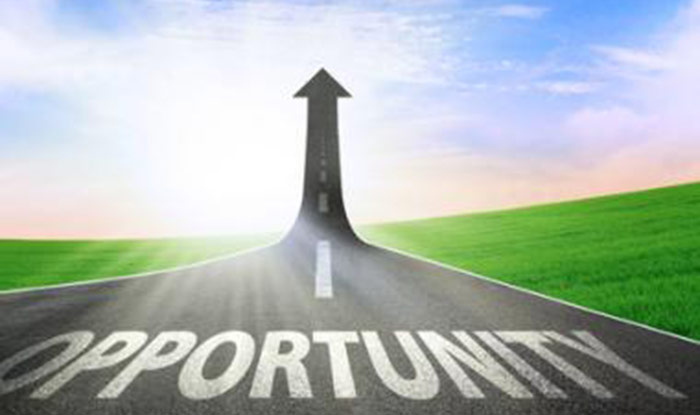 There is no progress without change. But nothing
changes until something changes. Since the change in government at the centre in 2014, incremental change here, there and everywhere is perceptible and hopes for “India’s decade” are rising as mega global economic trends and domestic demographics converge for India’s “window of opportunity” to open. India is poised to become the world’s youngest country by 2020, with an average age of 29 years with more than fifty crore, nearly one-third, of the nation’s population falling in this category.

A new dawn is on the horizon. Prime Minister Narendra Modi must use this ‘window of opportunity’ to put India on an accelerated growth track for the coming decade. Global commodity prices at six years low and real negative interest rates are expected to kick-start the investment cycle that will create more jobs and increase demand for goods and services. Easy availability of bank and broadband in every town and village will enable sharing of the fruits of economic prosperity by the masses and not only by those living within four square miles of the metros.

China’s economy is 25 times bigger now than it was in 1990 when the demographic window opened with the one child policy. According to the United Nations, demographic window is defined by a working age population between 15 and 65 years of age and generally opens for about 30-35 years. The IMF projects India to be a global growth engine in the next decade that will see India’s GDP near trebling.

India today boasts of GDP (gross domestic product) growing at 7.6 per cent for the year ended March 2016, the fastest among major economies in the world and is estimated to exceed $3 trillion, a rise of about 50 per cent over a five year period to 2019 from about $2 trillion economy. The early indications, business sentiment and indirect tax buoyancy, suggest India clocking nearly 8 per cent growth rate in the current financial year 2016-17. Further, India’s share in the world GDP has risen sharply from 1.43 per cent in 2000 to 2.86 per cent in 2015.

In a major development the government has brought a radical liberalisation of the Foreign Direct Investment (FDI) regime by easing norms for a host of important sectors including defence, civil aviation and pharmaceuticals, opening them up for complete foreign ownership. Foreign Direct Investments (FDI) inflows have rapidly risen in India to a record high of $63 billion during the financial year 2015-16, higher than even China, a rise of about 43 percent over $44 billion received in 2015 with fairly broad-based inflows. It is not just the e-commerce (trading) sector that has received more inflows; other sectors such as computer software and hardware, construction, services, autos and the telecom sectors also account for a large share of the increase. Interestingly, when FDI measured as a share of GDP, there too India has started to close the gap with China. FDI inflows into China have moderated to 2.3 per cent of GDP in 2015, from 2.6 per cent in 2014. During the same period, FDI inflows into India rose to 2.1 per cent from 1.7 per cent.

The resurgence of FDI inflows into India can be traced to both “domestic pull” as well as “global push” factors. On the domestic front, India has emerged as one of the fastest-growing major economies, while China’s growth has stumbled due to large over capacity and high leverage.

Giving global push are ongoing economic reforms in India that are attracting larger FDI flows. FDI limits have been increased in various sectors such as defence, railway infrastructure, insurance and construction. Incremental reforms aimed at improving the ease of doing business and to improve public infrastructure have also encouraged long-term investors.

FDI is considered one of the most stable forms of non-debt creating capital inflows, with significant positive effects on the economy and recipient country’s currency and long term credit rating outlook. According to the IMF, FDI refers to “an investment made to acquire lasting interest in enterprises operating outside of the economy of the investor.” The most important factors that drive multi-national corporations (MNC) to invest in an overseas country include domestic market size, cost of labour and regulatory and governance issues such as transparency, the level of corruption and efficiency of the legal processes. This implies that if India continues on the path of economic reforms with the current vigour, both at the Centre and state levels, then the FDI outlook could be significantly more positive.

India improved its position to 130 from the last year’s 134 in the World Bank’s Doing Business 2016 ranking, which was released recently. Last year’s report ranked India at 140, but this year’s report features the recalculated 2015 rankings, in which India comes at 134, computed according to a new methodology. The World Bank Doing Business Reports, started in 2002, review business regulations and their enforcement across 189 countries. Given the degree of determination shown by the authorities in evidence last year, if this process continues, then we could see big improvement in this ranking in the coming year as well. Since several other initiatives to simplify the start-up process and offering tax incentives were still ongoing on June 1, 2016, the cut-off date for the year’s data collection, the ranking is expected to see further move up making India among most favourable investment destinations.

Early indicators are positive as numbers of MNCs have committed mega billions for investing in India. Electronics manufacturer Foxconn announced an investment commitment of $5 billion in new manufacturing facilities across India over the next five years, and also plans to service Africa and West Asian markets from India. General Motors has announced that it would invest $1 billion in India over the next few years, to turn India into a global export base for emerging markets. GE and Alstom have already bagged a $5.6-billion contract from Indian Railways for locomotive supply and maintenance.

The IMF projects India to be global growth engine in the next decade that will see India’s GDP near trebling. The Economist Intelligence Unit forecasts India to be the only country that has the potential to change the world in the 2020s in the way that China did in the 2000s. “It’s going to be a global growth powerhouse of the 2020s.” According to global consultancy McKinsey “from 2010 to 2025, almost 50 percent of global GDP growth will take place in approximately 440 small- and medium-size cities in emerging markets.” India must aim a 10 per cent share of this horizontal growth by converting 40-50 smart cities into a nation-wide rising tide that will generate jobs, surpluses and sustain the government’s new bold initiatives and take India on a longer term accelerated economic expansion which alone can bring inclusive economic growth and improve the quality of life of those at the bottom of the pyramid.

Through combination and orchestrated roll out of legislative changes in Bankruptcy Code, Corporate Laws, relaxation in FDI rules, Land Acquisition and Real Estate Act, Make-in-India, Start-up India, Digital India, MUDRA, Jan Dhan, Swachh Bharat and other initiatives, Mr Modi is trying to catapult India into the world’s top five economies, thereby bolstering India’s stake to, and actually claiming, the permanent seat on the UN Security Council by the time he seeks re-election in 2019.

For the ‘Make in India’ to succeed, besides encouraging and empowering local entrepreneurship, corporate tax rate is proposed to be brought down from the current 30 per cent to 25 per cent. The government is also providing a favorable tax regime for real estate investment trusts and alternate investment funds. Direct tax rationalization will come year by year as exemptions are phased out. These efforts along with good monsoon forecasted for 2016 will eventually lead to stable food prices and boost private sector demand to put India in a virtuous position of attaining over 8 per cent real GDP growth rate.