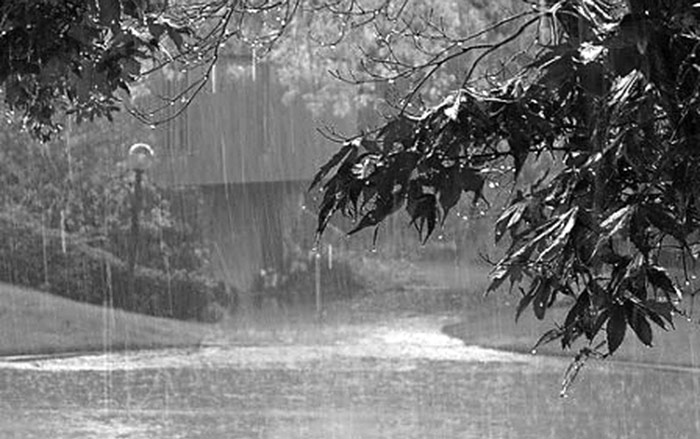 No more dark tunnels for me. Fifty years of morning rush hours on crowded subways have come to an end. Now retired as a lawyer, with ample leisure time, I travel to the office by bus. I leave my apartment house on 73rd Street and Lexington Avenue, where I have lived for 52 years, to embrace the companionship found on familiar New York City streets. The office-bound, racing to subway and bus stops, or jumping into taxis; the school-bound, weighed-down by backpacks filled with books; dogs and their walkers; coffee and fruit vendors; workmen gathering on the sidewalk outside luxury buildings awaiting entry to undertake major apartment renovations. Work is underway on every block.

On the way to the bus stop, I converse with the doorman at 52 East 72nd Street. We don’t know each other by name, but exchange morning thoughts. Today we talk soccer. I am wearing the red and blue stripped soccer shirt of Barcelona. On the back appears,”Messi 10.” We both are Barca fans. This shirt is a prized possession on the streets of New York.

I pass the residence of the Apostolic Nuncio, the representative of the Holy See to the United Nations. Pope Francis stayed here when he visited New York. The Apostolic Nuncio and I have exchanged correspondence concerning the Pope’s visit, he generously writing to me – your comments as someone who “lives in the vicinity of the Papal residence are so poignant and so filled with evident esteem for this man of God.” The Apostolic Nuncio has become a spiritual neighbor.

Moving on, I cross Fifth Avenue and proceed to the bus stop at 71st Street. Behind me is the East Green of Central Park. There stands “my tree,” a red oak planted in the 1920s. It is mine because friends endowed the tree in my name on the occasion of my retirement as a lawyer. I selected the tree. Over the years, on weekends, I have spent many hours seated on the grass, leaning against its trunk. Here I would read and write and lift my head from time to time to gaze at the majestic facades of Fifth Avenue apartment buildings. Standing on the sidewalk, I salute my tree.

From the bus stop I see the Frick Mansion. While waiting for a Fifth Avenue bus to arrive, I think of some of my favorite paintings in this treasure house of art, my neighborhood museum: “Still Life with Plums” by the 18th-century French painter, Jean-Simeon Chardin. Here Chardin delights in life’s simple and familiar joys: a plate of plums, two loaves of bread, a wine bottle and glass. “Vetheuil in Winter” by Monet. The painting conveys the intense cold of the winter of 1879-80 in a small town on the Seine. Even on the hottest summer days in New York City, when standing in front of this painting, I feel winter’s icy blast.
“The Arch of Constantine and the Forum, Rome” by Corot. Here I am warmed by Corot’s bright colors and my love of Rome. “The White Horse” by Constable. The painting depicts  a horse being ferried across the River Stour in East Anglia, an area of Suffolk where I have gone bicycling. Constable writes of this countryside where he grew up,” I love every stile and stump and lane in the village; as long as I am able to hold a brush I shall never cease to paint them.”

The bus arrives. I board and sit in the back where the ride is less bumpy. My fellow passengers are deep into their smart phones. I read the newspaper and gaze out the windows. We pass elm trees bordering Central Park. At Grand Army Plaza at 59th Street, from my seat, I greet General Sherman mounted on his horse and Abundance atop the Pulitzer Fountain outside the Plaza Hotel.

Next comes Rockefeller Center, occupying the former site of the Elgin Botanical Garden where Thomas Jefferson contributed plants and Alexander Hamilton stopped to chat with the gardeners on his way to the Grange, his country house in Upper Manhattan.

The bus stops at the New York Public Library at 42nd Street. Its Main Reading Room is one of the grand interior spaces in the United States, along with Grand Central Terminal, a few blocks away.

The ride becomes bumpy in this area of town where the traffic thickens. The bus lurches on its way as the driver seizes every opportunity to move forward amidst a mass of other buses, trucks, taxis and private cars. The passage over rough road patches rattles my bones and, I fear, may cause a rearrangement of my internal organs. (The diarist George Templeton Strong writes of the perils of bus travel in 19th century New York: “Streets much blocked and circulation impeded. All along Broadway the line of omnibi labors and the cars move slow. Had my fingers mashed in an omnibus door as I was leaving the vehicle this morning.”)

We pass the Empire State Building at 34th Street. Looking down Fifth Avenue, the Flatiron Building comes into view, resembling the prow of a proud, splendid ship. I prepare to get off, hoping a red light will force the bus to stop, making it less perilous for me to move from my seat toward the door of the lurching bus. At 23rd Street, opposite the Flatiron Building, I exit from the bus and walk one block to my office on Park Avenue South.

Central Park, the Frick Mansion, Grand Army Plaza, Rockefeller Center, the New York Public Library, the Empire State Building, the Flatiron Building. How fortunate I am to experience daily encounters with each of these city landmarks.

Monsoons and Ancient Rivers
Langston Hughes (1902-1967) lived and wrote in New York City’s Harlem. His poems are direct and emotionally moving – my favorite form of poetry. He was very popular with the students I taught in Rajasthan. His “April Rain Song” resonates in a land of monsoons:

Let the rain kiss you….
Let the rain sing you a lullaby….
The rain plays a little sleep-song on
our roof at night–
And I love the rain.

His poem,”The Negro Speaks of Rivers,” resonates in a land of ancient rivers. Hughes wrote the poem at age 19 in the summer following his graduation from high school when he was only a few years older than some of my students.

Few of my students had ever seen the Arabian Sea or Bay of Bengal, so different from the desert land of Rajasthan. From his poem,”Long Trip”:

The sea is a wilderness of waves,
A desert of water.
We dip and dive,
Rise and roll,
Hide and are hidden
On the sea….

How pleased I am when several students ask to read aloud in class Hughes’s poem,”Dreams.”