And about PM Modi’s biggest mistake 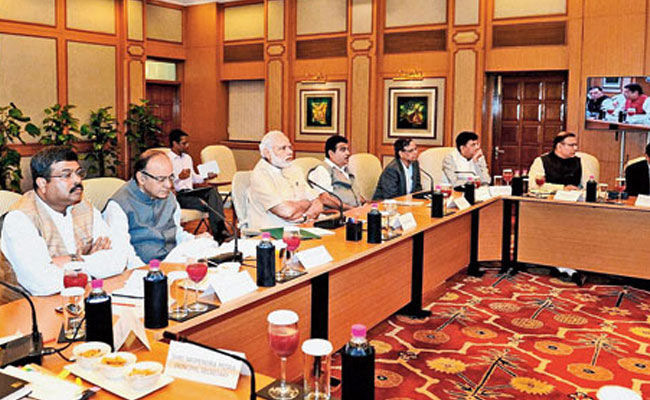 Prime Minister Narendra Modi has revealed something the whole world knew. In a recent interview he admitted that he wanted to bring a White Paper on the economic condition of the country when his government came into power, but refrained from it in the national interest. He said he chose to face political damage instead of damaging the economy by revealing the real situation. “Many people ask me what has been the biggest mistake we made in two years. When I think about it now, I feel, before presenting the first budget I should have tabled a white paper on the economic condition of the country… We had this thought, politics said you must reveal the situation, but national interest said if the situation was revealed, the economy will suffer, and face a setback. So despite facing political damage, I stayed quiet. I did not present it to the nation, we suffered a political loss, faced criticism… because I wanted to set things right,” he said.

Modi is perfectly right. Even after more than two years his government is criticised and is made to look like all the problems this country is facing was his fault – right from poverty, unemployment, scarcity of drinking water in most parts of the country…….the list is long, and even the Kashmir problem.

To a great extent Modi was telling the truth. Those days “newspapers were filled with news of corruption, despair… People had lost hope, they thought everything had sunk”. There was absolutely no positive news coming – it was all about bans on mining activity by the courts in Karnataka, cancellation of mobile telecom licenses following concerns about allocation, a coal allocation scandal, a policy reversal on foreign direct investment in the retail sector and non-availability of credit. A complete policy paralysis.

Reacting to the PM’s comment that upon taking charge he had called a meeting of top bankers to assure non-interference, Congress said “if the banks were in a bad shape, it was not because of political interference.” But then people want to know, who created non-performing assets of banks, which the RBI and the government is was trying to fix now?

Here, the main point is not who is right or who is wrong. The suggestion is why not it becomes a practice that the incumbent government just before the election and the new government immediately after taking office release a white paper?

Let the contradiction be out, if there is any. Only then this blame game can be stopped.