A Tale Of Life On Earth 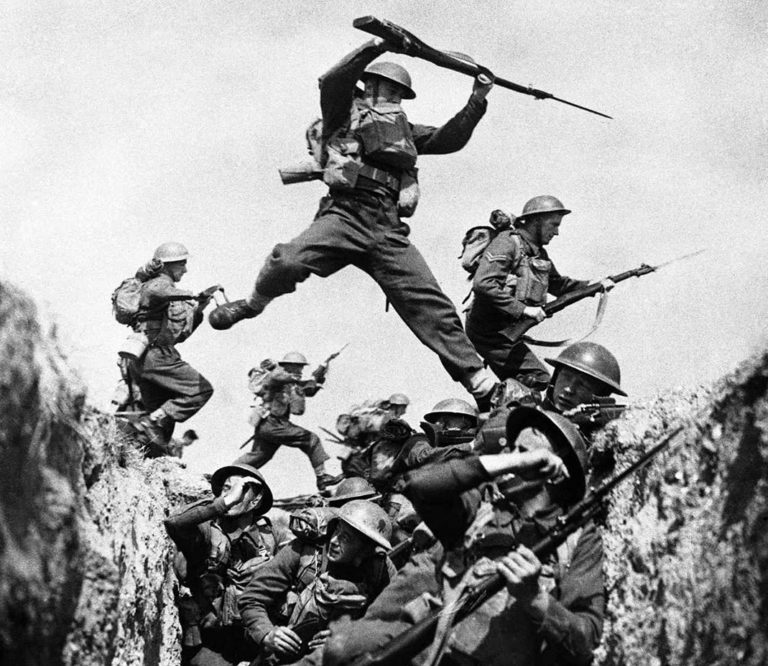 Now this piece was written exactly one and half decade back. How true the incidents, situations look even at this point in time! As nothing has changed and no water has flowed under the proverbial bridge of time – an abstract phenomenon that connects one decade to another decade. So read this piece sitting in a time machine. Go back to the year 2000.

Andras Tamas, now 75, was in a mental hospital in the Russian town of Kotelnich for more than five decades, since 1947 to be precise, when as a young man he was brought here by Soviet secret police but no one knew who he was. Not even the hospital staff.

According to Russian documents, Tamas fought under Nazi command at the Don River in 1944, being one among the 150,000 Hungarian troops. As a prisoner of war he was to be taken to a prison camp in Siberia by train. But he was suffering from psychological problems so when the train passed near Kotelnich, he was taken off and admitted in this hospital. And he remained there till 11th August 2000, the day this elderly Hungarian returned to his homeland. There were hundreds of people waiting for him at Budapest airport, but Tamas was unaware what was going around. No emotion, just another day for him.

This is all about war. And war gave us Andras Tamas who is alive with a dead body. A body which does not claim him.

If you are in the battlefield you are charged with emotion and if you’re safe at home it is time to show your love to your country. You talk a lot and even glamorize the war. On Victory Day the young celebrate and feel proud of those who did not come back from the front and forget all the euphoria the next day. The generation, born since the flames of war died down, has no idea about the official casualty notices wet with their grandmother’s tears.

Sometime back, I read a collection of war poetry, ‘Let the Living Remember’ compiled by L. Lazarev (Progress Publishers, Moscow, 1976). All Soviet poets intensely associated with World War II. Some of them even donned uniform and served in the field and there were many whose youth was disrupted by the war. They fought in the war and wrote poems. Those who fought, won the war and came back, wrote the truth – bitterness mixed with a feeling of triumph. They created a canvas – a blurred image of fleeting soldiers with rifle on their shoulders and a blank horizon with deserted villages – and painted the faces of their wives, girlfriends and of those with whom they fought side by side but who did not come back. Even at times blaming themselves for their death. As Alexander Tvardovsky (1910-1971) writes:

“I know, of course
No fault lies at my door
That others did not come back from the war,
That other,
Older, younger men were killed.
Not that I could have kept them safe
But failed to do so
And am thus to blame.
No, it’s not that at all.
But Still, but still…..”
(Translated from Russian by Olga Shartse)

The past always lives in the memory of the soldier and it’s hard for him to live a peaceful normal life.

“We laid him in this earth to rest-
A soldier lad, no more;
No medals bright adorned his chest-
And stripes he never wore.
His mausoleum it will be
This earth, till time is done…”

There is one more I can’t resist myself to quote, written by Mikhail Lukonin:

These lines convey the feelings and thoughts in the minds of the soldiers throughout the war, fought anywhere in the world. And though Andras Tamas has lost his memory (who would not, living a half century, mostly spent in virtual isolation among people who one could not even communicate), still there are many in full sense languishing in an enemy jail without a future.

“Only once I saw hand-to-hand fighting.
Once real. Dreamed – a thousand times more.
Whoever says war isn’t frightening
Knows nothing at all about war.”
(Translated by Walter May)

After all, only a stupid historian will write that there have been no wars after the Second World War. Last year when Kargil happened, it was evident that we Indians have really no idea what war is all about.

American actor Gene Kelly said in the movie Inherit the Wind: “Darwin was wrong. The man’s still an ape. When he first achieved the upright position, he took a look at the stars, and thought they were something to eat. When he couldn’t reach them, he decided they were groceries belonging to a bigger creature. That’s how Jehovah was born.”

I’ve some great war poetry in my library and I’ve just added recently released collection “French Poems of the Great War – 102 poems by 27 poets” (Translated by Ian Higgins). I’ll also recommend One of the largest anthologies of poetry of the first World War, “Minds at War – The Poetry and Experience of the First World War” edited by David Roberts, and “Cockerels and Vultures” published by Saxon Books. The last one has a story behind – someone got a 90-year-old slim volume of poetry in a jumble sale in France that led to the discovery of poet Albert-Paul Granier. Granier was an unknown name but he was soon republished in France and astonished French readers. Those who want revelations of Britain’s bitterly fought war can get “Falklands War Poetry” edited, with a introduction, by David Roberts.

A study of the Second World War is often considered to be a study of the entire human history condensed into decades. Sparked by Adolf Hitler’s invasion of Poland in 1939, the war would drag on for six deadly years until the final Allied defeat in 1945. It was the most widespread war, involving more than 30 countries and resulting in more than 50 million military and civilian deaths.

It would be difficult to find a family in any of the countries who were a part of either Axis powers (Germany, Italy, Japan, Hungary, Romania, Bulgaria) or Allies (prominently Britain, France, USSR, Belgium, Poland, Yugoslavia) not to have a very intense personal story laced with the grim realities and an impotent social leadership to share that is associated with WWII. A detailed day-today history of the war period contains all ideologies, psychoses and paradigms that possess the human mind. It’s something like Mahabharat – what is not there has never happened in this universe.

Before I finish this grim tale I would like to share a poem “How Soon They Forget” by Steve Walshe. Again, it was about the Second World War. Steve Walshe, introducing this poem wrote: “My father, his brother and his brother in law were all in the R.A.F during WWII. Although it was hard to get either of them to talk about it, the one thought they had in common was how easily people forget what they went through themselves.”

Our innocent youth was used and lost
To fight for Freedoms Cause
Whatever the cost;
The friends we made so fast;
Some to fade and some to last;
To live or die was but a pause;
How soon they forget!
Hero’s of the past; our tales we tell
In the fading Autumn of our years
We re-live the scream and yell;
But who listens to the tears
Of an old man’s laugh and fears
Who remembers what we lost;
How soon they forget!
The Winter Years to us call;
Like Autumn leaves old friends and comrades fall
Year by year we Famous Few
Give up our fight and fly to pastures new
There are some to mourn us; yet
How soon they forget.

A war always represents a culmination of energies that have been fomenting and festering for decades together. Unfortunately, now it’s fought at various platforms, which is more dangerous. Now countries don’t require a battlefield.

To quote an optimistic, yet highly convincing, utilitarian outlook philosopher Peter Singer, says:  “I’ve always had a reasonably optimistic view of where we’re going, and I’ve tended to look at the positive, in terms of progress that we’re making. Globally, the world’s in a much better situation, than it’s been in past periods, despite the headlines on the war in Syria and other places where bad things are happening. There have been fewer people killed in wars, or genocides, or other forms of violence in the last decade or two than there have been in any other decade. We ought to take consolation in that.”

But it’s indeed just a consolation and not beyond that. And as it is said, those who do not learn from history are doomed to repeat it. AND THE WORLD IS REPEATING.