Learning Is an Endless Process 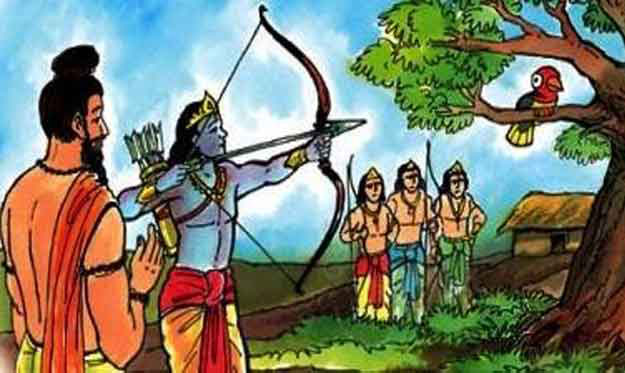 If knowledge is an ocean, then learning is an endless process. Whatever is endless is bound to shine. There is an aura attached to it. It has its own visionary gleam, followed by the glory and the dream. It must be remembered that existence would be intolerable if we were never to dream.

Starting from LKG level children have to slog and plod their way to High School level with or without dreams, for it is a stereotyped process. But once they reach the Higher Secondary level, then their dreams take wings. They will have to dream of, it is time that they decide about their future.

“I am a dreamer. I am, indeed, a practical dreamer. My dreams are not airy nothings. I want to convert my dreams into realities, as far as possible”. It was the Mahatma Gandhi who said so. Students should follow his words and be practical dreamers.

An aimless life is a useless life. And the aim should be like that of Arjuna’s. It should have one aim, one desire and one goal. While all his classmates saw different things at the same time, it was Arjuna who saw only the bird’s neck. He was quite different from the rest. And it was this concentration that made him achieve his goal. He became an unchallenged archer. And to become a master archer one need not go in search of a Dronacharya. If there is a will, then there is always a way.

The American writer Henry David Thoreau in his memorable volume Walden wrote: “If you have built castles in the air, your work need not be lost; there is where they should be. Now put foundations under them”. The word ‘foundations’ need not necessarily give us a jolt, for foundations are usually made up of not stone and concrete but of will and toil. No kite rises with the wind, but against the wind. And no man can ever work his passage anywhere in a dead calm.

Ability is one thing; necessity is another. But they are neighbours, having their own fences, for they are aware of the words of Robert Frost “Good fences make good neighbours”. Yet if they break their fences and join hands the unachievable can be achieved. The only people who never fail are those who never try.

Determination is the key to unlock all barriers. One can never achieve anything lasting in this world by being irresolute. So with the Higher Secondary School leaving certificate in hand, what next?

As they say all roads in Pondicherry lead to the sea, all paths lead to an ocean of knowledge. Only the roads are different. But the destination is the same. Our goal in life is to lead a life of happiness, so as to make others at home and around happy. One can aim to be a doctor. Another can aim to be an engineer. Yet another can aim to be a lawyer or a professor. That is his or her chosen path. Once the path is chosen, then no looking back. The goal has to be achieved by all means.

At the same time one should also know when one should not lose hope. If everyone wants to become a doctor, then where would one find the patients? And if one has no ability to teach and finds oneself a failure in the classroom, then why the hell should one get along with that best and worst of professions?

There was a time when students have to depend on their elders as to what to study for the betterment of their future. And everyone in the house would like to share his or her views with the poor fellow who had no option but to listen to every one of them and nod his head like the Tanjore puppet. It must have been mind boggling for the one who wanted to come up in life. But now Father Time has brought a drastic change.

Newspapers and the Internet come to the rescue of anyone who wants help for his progress. The whole world is just a phone call away.