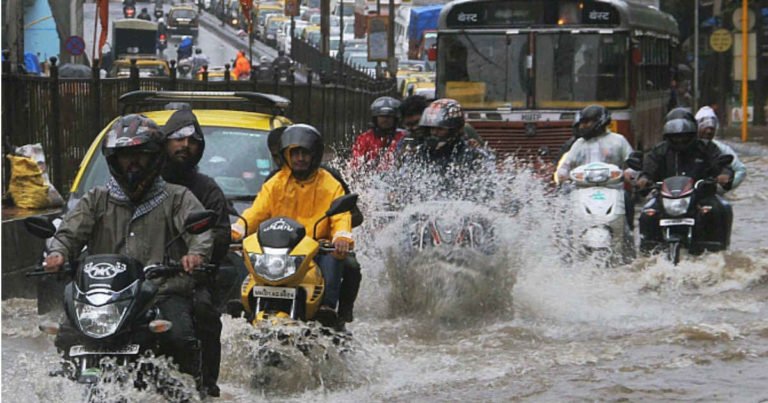 The governments must act to correct imbalance, on ethical grounds and also to avoid the eventual 7-billion rising.

Modern economics epitomized by the “Trickle-Down” theory parroted by blabbergentsia and practiced by the government policy makers is a big fraud on the people whom it is touted to benefit in the first place. The gap between the richest and the rest has widened dramatically in the past year, bringing income and wealth inequality to its highest level since the 1929-Great Depression era. Practitioners of this crooked, but popular theory, propounded by the Republican President Ronald Reagan, believe in the “world for the 1%.” The rest don’t matter. In order to foster balanced growth for establishing an inclusive society the new century reforms must adopt radically different economic thinking.

“Power corrupts; absolute power corrupts absolutely,” Lord Acton said. The modern day monarchs have subtly seized all policy making powers of governments through laws and regulations based on such deceitful theories funded by the corporations owned by these robber barons. They are on record having spent billions on lobbying, in other words bribing, their way to get certain bills passed, all aimed at sucking the money up fast. The current economic situation that encourages crafty monopolistic control over resources, one that has failed the majority of the humanity, has not come about by accident. Since politics and ethics are alienated, it is the result of deliberate policies of our governments listening to the agents of the 1% rather than acting in the interests of the majority who vote them to power.

The public representatives and the governments must act to correct this imbalance, on ethical grounds and also to avoid the eventual 7-billion rising; first and foremost, by shifting (lowering) the tax burden away from labour and consumption towards wealth, capital and income from those assets; by promoting women’s economic equality; by increased commitments on financing free public health and education; increasing the scope of areas covered under corporate social responsibility; removing tax incentives and income tax holidays to corporations; and shutting the gates of tax havens for tax dodgers. The majority of offshore wealth is managed by just 50 banks, and the 10 busiest banks manage 40 percent of these offshore assets. Banks have lobbied hard to preserve havens for international corporations looking to avoid taxes. The recurring tragedy befalls the bottom 90 per cent who are made to suffer hysteresis losses as their human capital quickly becomes obsolete after protracted cyclical stagnation that follows each successive economic expansion. Severe economic downturns and/or persistent stagnation cause unemployed individuals to lose their job skills as the new expansionary phase is often accompanied by new technologies or methods. Such affected persons are not able to find compatible jobs and thus do not enjoy the fruits of future economic upturns. In real terms, they become redundant.

The richest 1% now have double the wealth than the bottom 90 per cent of the population and use power, privilege, influence and inducement, of any and every type everywhere, more so over the past three decades, to skew the economic policies and financial system that works to their advantage, only to widen and deepen this ditch. In fact, the bottom half of the population always owns close to zero wealth. Hence, the bottom 90 per cent wealth share is the same as that of the top 0.1 %. The wealth of the richest 62 people – so few, you could put them all on a single coach – has risen by 45 per cent in the five years since 2010 (global financial crisis years) – an increase of more than half a trillion dollars ($542 bn) to $1.76 tn during which period, the wealth of the bottom half of humanity fell 38 per cent, by over a trillion dollars. The absurdities of Reaganomics are now staring in the face of everyone, including the top 62 mega-billionaires who hold as much wealth as 3.6 bn people – the bottom half of humanity in 2015. This figure is down from 80 in 2014 and from 388 individuals as recently as 2010. Local tax incentives and a global network of tax havens further enable the richest individuals to hide $7.6 trillion. Since the turn of the century, the poorest half of the world’s population has received just 1 per cent of the total increase in global wealth, while half of that increase has gone to the top 1 per cent, according to Oxfam International.

Hard cold data irrefutably says that “trickle-down” economics does not work and it does not lead to redistribution of income down to poor strata of the society. In fact, the excessive tax cuts for the rich are a policy tool by which income and wealth are instead sucked upwards. A report unveiled by Oxfam International in January 2016 reveals that “nine out of ten World Economic Forum (WEF) corporate partners had a presence in at least one tax haven and it was estimated that tax dodging by multinational corporations’ costs developing countries at least $100 bn every year. Corporate investment in tax havens almost quadrupled between 2000 and 2014. If tax were paid on the income that this wealth generates, an extra $190 billion would be available to governments every year.

Wealth concentration has followed a U-shaped evolution over the last 100 years: It was high in the beginning of the twentieth century, fell from 1929 to 1978, and has continuously increased since then. Even among the rich, it’s the richest at the top 0.1% who hold most wealth with their share almost as high in 2012 as in the 1916 and 1929 peaks, three times higher than in 1979. The rise of wealth inequality is almost entirely due to the rise of top 0.1% wealth share, from 7% in 1979 to 22% in 2012 – a level almost as high as in 1929. The bottom 90% wealth share first increased up to the mid-1980s and then steadily declined. The increase in wealth concentration is due to the surge of top incomes combined with an increase in saving rate inequality. Over the 1986-2012 period, almost half of aggregate wealth accumulation has been due to the top 0.1% alone growing 5.3% per year while for the bottom 90%, wealth has not grown at all, (source: Wealth Inequality in the US since 1913, NBER Working Paper 20625, October 2014).
The world elites meet global leaders at their annual rendezvous in Davos and show concern about the escalating inequality crisis, but their words have not been translated into concrete action to ensure that those at the bottom get their fair share of economic growth.

Barack Obama, David Cameron and almost every other head of state, over the past five years, have said that they would spearhead a global effort to end aggressive tax avoidance in their countries. But the reality is starkly different. It’s harsh and cruel. A 2012 study by the Tax Justice Network indicates that the wealth of the super-rich does not trickle down to improve the economy, but tends to be amassed and sheltered in tax havens with a negative effect on the tax bases of the home economy.

A 2015 report by the International Monetary Fund empirically found that “a rising tide lifts all boats”, an aphorism associated with the peoples’ president John F. Kennedy. The IMF report argues that if the income share of the top 20% (rich) increases, then GDP growth actually declines over the medium term, suggesting that the benefits do not trickle down. In contrast, an increase in the income share of the bottom 20% (poor) is associated with the higher GDP growth rate.

The increased concentration of wealth at the top seems driven by surging top incomes with increasing saving rate inequality. Therefore, the policies need to address both the realities with radically different economic thinking.

“Too much of anything leads to disaster,” Indian nobleman Chanakya said 2,300 years ago. It’s time we reorient our public policy and discard 30 year old “Greed is Good” Reaganomics emanating from the 300 year old dangerous idea of Bernard Mandeville that “private vices yield public benefits” which has, instead of any ”trickle down” benefits, produced unsustainable unequal society.