An English Education in New York 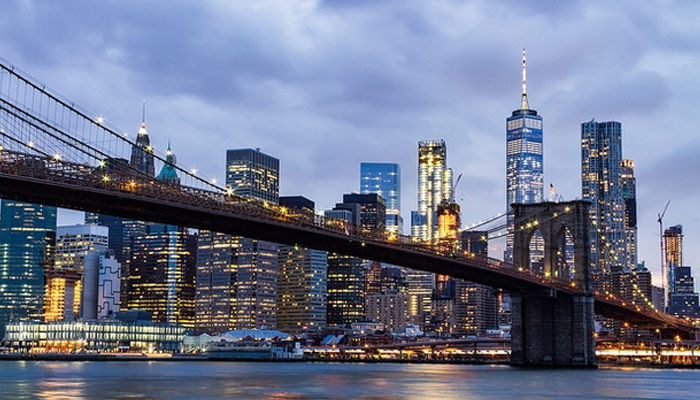 I believe I share an important experience with many of you. Though, like you, living far from England, and proud of my place of birth and nationality, my early education was heavily influenced by English educational traditions.

A word about the co-founders of my school. Being English, they met in a very English way, colliding on a football field. Both picked themselves up from the ground, dusted themselves off, shook hands and became close friends. To their surprise, both turned out to be graduates of Corpus Christi College, Cambridge University.

Soon thereafter, in 1904, they started St. Bernard’s School, a private elementary day school for boys in New York City. The younger man was John Card Jenkins, age 30, the son and grandson of clergymen who ran a school for the English community in Brussels on the rue St. Bernard; the older was Francis Hebard Tabor, age 38, also the son of a schoolmaster, who had worked among poor people in London and on New York’s Lower East Side. From 1943-1951, I attended grades one through eight at St. Bernard’s, located at 4 East 98th Street, a half-block from Central Park.

We called our teachers, “masters.” They were strict with us. Throughout the school day, I would respond, “Yes, sir,” “No, sir.” So much so, that when conversing with mother at home, at times I would call her “sir,” much to her amusement. (Lest the reader think I was well-behaved and compliant at school or at home, I responded politely before doing whatever pleased me.)

The masters imposed a creative form of discipline. When you misbehaved, instead of wasting time writing a hundred lines–“I will not spit at my classmate”– the miscreant had to learn a poem. He would not be released from detention until he could recite it. Whatever poetry I retain today dates from this period.

We were required to wear a jacket, tie and school cap. The cap bore the school shield which included a lion–symbol of British might– and an eagle representing the breakaway colony of the United States.

In the lobby we were greeted by the building superintendent, the recipient of a croix de guerre for bravery in the British army in World War I. At assembly, we sang hymns and patriotic songs, “Men of Harlech” being a favorite:

Now the Saxon flees before us;
Victory’s banner floateth o’er us!
Raise the loud exulting chorus,
‘Britain wins the field.’

I learned to thoroughly dislike Napoleon. During World War II, my nightmares were less about Hitler and more about the Spanish Armada successfully landing in England.

At lunch we were served shepherd’s pie, as traditional an English dish as fish and chips. A master sat at the head of each table with a mug of beer in front of him. He shared his knowledge with us, but not his beer.

Our masters were unusual teachers. When you asked Mr Sindall a silly question, he would start humming our National Anthem, putting an end to further inquiry. To interrupt would be both rude and unpatriotic. But when you had something worthwhile to ask, he would be helpful.

Humphrey Fry was my favorite teacher. He taught English, History and Math. He was tall and dignified, yet always approachable. He came to teaching late in life, having served as a captain in the British army and been a barrister. A highly educated man, he would have made any university proud to have him as a faculty member. He truly spoke and wrote the King’s English. How fortunate we were that he chose to teach young boys.

He cared for our well-being in innumerable ways: In the detailed comments he made in his neat, precise hand in the margins of the scrawled chaos that constituted our attempts at prose; in the serious way he approached teaching, as if it were a noble-calling, and that we, for whom the effort was being made, must therefore not be without some significance; in his kind words of encouragement following an academic setback. Even in his critical remarks. They were never cutting, but expressed in the spirit of, “We both know you can do better than this.”

My talents inspired him to versify: “D is for Dean, who is as thin as a lathe/ His basketball excels his performance in math.”

In readings later in life, I would encounter teachers like Mr. Fry. Camus, “In the First Man,” writes of Monsieur Germain, just such a teacher. When Camus learned he was the recipient of the Nobel Prize in Literature, “my first thought,” he writes “Germain, after my mother, was of you. Without you, without the affectionate hand, you extended…, without your teaching, and your example, none of all this would have happened…. I embrace you with all my heart.”

In the English tradition, a performance of Shakespeare plays was an important part of school life. The major roles were given to the best students. In “Julius Caesar,” the role assigned to me was that of Soothsayer: Two lines. In “Macbeth,” I failed to become a witch.

Also true to English tradition, soccer was an important part of school life. This was in the 1940s, when few schools in the United States played the game. My position was right full-back. The game of the year was students against masters. I still remember these words from the school’s “Football Song:”

So pass and kick,
And dribble and trick
And merrily chase the ball,
There’s naught to chose
‘Twixt win and lose —
The game’s the game for all.

I merrily chased the ball for 16 years, through elementary and high school and then college.

The winter sports also were odd for an American school: Fencing and boxing. Please note, almost no basketball, a quintessential American sport, though invented by a Canadian. Years later, in 2011, when teaching English literature at the Fabindia School in Rajasthan, I quickly learned that basketball was a lowly sport in India compared to football and cricket. Only the 4th grade girls deigned to play basketball with me. They played rugby-style, wrestling the ball out of the arms of opponents and preferring to dribble up and down the court, rather than shoot.

Mr. Westgate, the school’s second headmaster, also from England, taught Latin. He and I had a difficult relationship. One day in class he told me to go home, since I was not following his instructions. To his astonishment, and mine, and that of my classmates, I honored his request and grandly rose from my desk and even more grandly swept myself out of the classroom, emulating the Russians who at the time were walking out of sessions of the United Nations Security Council. I became an instant school celebrity. Walking out on the headmaster–deemed a demigod by both parents and students –just was not done. (Once I graduated, our relationship improved. While at Columbia Law School, Mr. Westgate asked me to teach current events one afternoon a week at St. Bernard’s, and after finishing law school, he sent me down to Puerto Rico to both teach and run a school there for four months until the permanent head could arrive from England.)

Early on, I learned something of life’s complexity. At St. Bernard’s I was taught by English masters and at home, influenced by my Francophile mother. Mother did not dislike the English–she never used the term,” perfidious Albion” to describe them–but France and Russia have deep cultural and historic ties, and mother was Russian-born, with a deep love of the French language; indeed, she was lecturing at the Sorbonne on international relations.

She was appalled when Mr. Westgate informed her that I would be taken out of French class to spend the time in remedial reading, since I was far too slow a reader of English. Three cheers for St. Bernard’s for establishing a remedial reading class, instead of tossing me out of school as unteachable.

The passage of years brought me the ability to embrace both English and French culture. Thus, when returning from Gloucester in the west of England, where I had worked for the summer in a bookshop, as the train pulled into Paddington Station, an elderly woman sharing the compartment leaned over to ask, “Are you in the Guards?” I smiled and departed without speaking, lest my accent betray me. That day I purchased a Guards tie and pack of Senior Service cigarettes–a pack of five, since I couldn’t afford a full pack.

Around the same time, at college, I came upon the essays of Michel de Montaigne, a joy of French literature–of all literature—and Hector Berlioz’s glorious opera, “Les Troyens.” And also “The Plague” by Camus, for me, one of the most important books I have ever read. (Alas, I had to read these books in translation, remaining as I do the linguistic black sheep of the family.)

Looking back on my education, I realize there are distinct advantages in being taught by English masters at school and having a Francophile Russian-born mother at home to introduce me to a wider world that includes India.