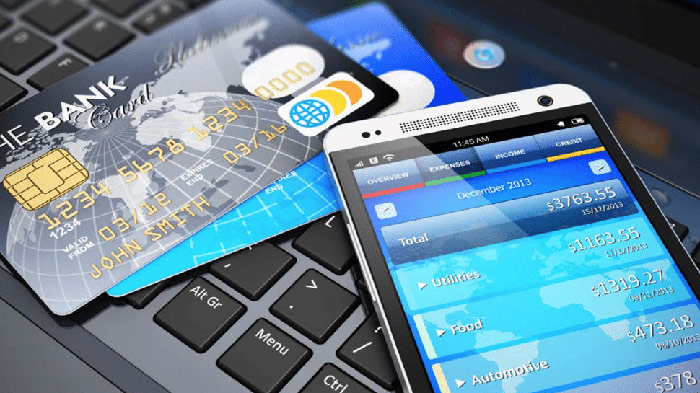 Housing for all. Jobs for all. Health and education for all. But first; Finance for all.

Micro-finance institutions (MFIs) charged by
innovative, digital technologies and banking regulatory evolution in India, are proving that it’s not only a good business, but also a socially satisfying experience if you do banking with marginal savers and micro entrepreneurs.

Besides providing access to equality and empowering masses, hitherto untouched by the formal banking for centuries, MFIs headed by technocrat entrepreneurs are leading by example and re-writing some of the rules of new-age banking.

MFIs, which practically work as small man’s bank, have quietly revolutionized both the asset and liability franchise of the small finance spectrum and have laid the roadmap for banking in a services-led economy. On one hand, they have broken past the shackles of lending against collateral system followed by large banks; and on the other, MFIs have brought vibrancy in the corporate debt market by introducing innovative instrument of priority sector lending certificates (PSLCs) that are freely tradable among banks which are themselves, for any reason, unable to do direct microfinance on their own. The bond market always hungry for yield and safety, have readily accepted this instrument. The market for PSLCs, yet in its infancy, is estimated to grow phenomenally in the coming years as it becomes the preferred place for parking funds by banks that might have shortfall in priority sector lending requirements stipulated by the Reserve Bank of India.

MFIs recently have successfully raised large sums by way of private equity as well as initial public offers (IPOs) to increase their footprint and grow the book size. Listed MFIs are traded in line with private sector banks at significant premium to public sector bank shares based on price-to-book (PBV) and price-to-earnings (PE) multiples. They are commanding premium in the market due to higher return on assets (RoA) and lower incidence of non-performing assets (NPAs). Public sector banks are suffering due to lower RoA and higher NPAs because of their concentration of lending to large scale borrowers in cyclical industries that repeatedly get classified as NPAs. Contrasts and distinctions between traditional banking and the new age financing are clearly evident and rewarding for MFI investors. MFIs are reporting very low incidence of NPAs due to the ticket size of their loans which is miniscule compared to their aggregate loan book. Resultant investors’ fancy towards MFIs has brought vibrant merger and acquisition (M&A) activity in the space recently. Significant equity stakes in two MFIs were acquired by IDFC Bank and Kotak Bank in separate transactions.

At the core of this advancing landscape to reach the last man in line (so far the excluded section of society) is virtually branchless banking enabled by technological breakthroughs such as mobile money and wireless handheld devices, supporting regulatory and supervisory environment and availability of private and public sector funding from domestic and foreign sources. All of these seek to put woman of the household at the centre as more than 95 per cent of the borrowers are women and remarkably 94 per cent of the loans by MFIs are extended for income generation activities as opposed to largely for consumption expenditure by middle-class borrowers of commercial banks.

The credit rating agency ICRA estimates the potential size of the aggregate microfinance market in India at about Rs 3 tn in 2016-17. Though not exactly comparable but closer to reality, this is almost as big as the entire banking industry’s “other personal loan” portfolio of Rs 2.36 tn in FY2015. And the MFI sector is expected to clock in growth at an annual rate of about 50 per cent over the next few years. The average individual loan size of about Rs 16,000/- with negligible delinquency rate indicates the growth potential of the sector when the ticket size and population covered increase in coming years.

Access to finance; small amounts, easy, affordable and transparent terms, instead of help, are transforming millions of lives in rural and urban areas alike turning them into job creators instead of job seekers. Nearly one-third of the total 4 crore borrowers as of March 2016 belong to the SC / ST community according to NABARD Report. This way, MFIs in the country, radically evolved recently, are leading the humanity’s race in reducing income inequality by encouraging gender equality through increased women’s participation in micro businesses which is at the centre of this financial inclusion drive.

From a market development perspective for horizontal and vertical penetration across regions, wave of digital technological breakthrough such as branchless banking and mobile money has enabled the microfinance industry to leap over many growth phases that it would have otherwise had to go through. In addition, it allows MFIs to adapt their products to the unique environments and business cycles of their micropreneur clients. Enabling technological innovation is the principal means to gaining market share in the country which is still far from achieving the level of financial coverage seen in other developed markets. Regulatory and supervisory environment is “clearly improving” and prudent regulation is a key enabler for the development of this sector, which, when viewed in light of the government’s Skill India initiative is also lowering pressure on job creation by hitherto organized sector industry. Technology and its use, even in small businesses, are going to determine workers’ ability to compete in the 21st century global marketplace.

The benefits for individuals, businesses and governments are tremendous as broadening access to finance through MFIs’ digital backbone can unlock the productivity of human capital, reduce poverty, empower women and at the same time help build stronger institutions with less corruption – all while providing a profitable, sustainable business opportunity for financial service providers. Even among MFIs, only the best – meaning efficient – will survive as lending rates further come down going forward. Encouraged by their efficient internal risk management procedures and credit rating, NBFC-MFIs are able to refinance and securitise their loans. Public and private sector banks and other financial institutions have refinanced nearly 90 per cent of the MFI’s loan book.

International funding sources have played a key role and will continue to remain important going forward as these provide institutions with special expertise and a means to diversify their funding structures.

In a country as large and federalist as India, “one size fits all” solution may not be appropriate. Therefore, a comprehensive set of technology enabled different service providers are needed to achieve financial inclusion targets set for the sector in which privately run MFIs can offer an attractive alternative.

Microfinance in India has come a long way; their business model has evolved over decades and now completely unshackled the population from the chains of age-old moneylenders and the corrupt zamindars system. It has helped millions by giving life to their dreams and providing them with the means to fulfill them. Their economic empowerment is just another step ahead.