Donald Trump all set to change rules of game 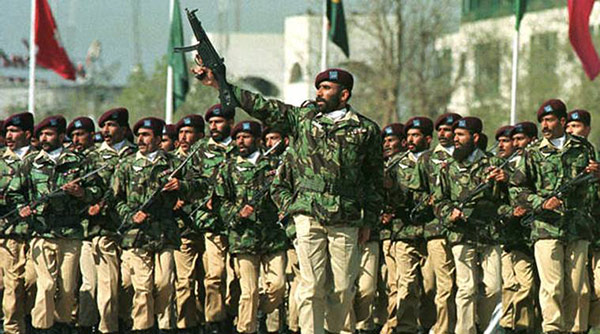 When US President-elect Donald Trump lastly shared his views on US foreign policy and its priorities, he gave a clear hint that the world will have to accept another set of permutations and combinations which might lead to a completely new axis. He also spoke about possible US-Russian deal on nuclear disarmament, which could lead to lifting sanctions imposed on Russia. When quizzed he very cautiously said that the sanctions against Moscow could be lifted if Russia and the United States reached an agreement on nuclear disarmament. There was a soft corner for Russia visible in his statement when he said that nuclear weapons should be way down and reduced very substantially, but Russia’s hurting very badly right now because of sanctions.

He noted that German open-door policy toward refugees was one catastrophic mistake. He also cautioned NATO stressing its importance, yet suggesting that it had to be reformed as he feels it’s obsolete, because it was designed many, many years ago. He also has a problem that all the 22 members are not paying for the protection provided. Not to forget what he has to say about Brexit. He praised the UK decision to leave the European Union and promised to sign a new trade deal with Britain, which would “mitigate the consequences of Brexit.”

About India, Trump has already mentioned during election and that is good. However, as long as he doesn’t open himself about his government’s Pakistan policies it would be hard to understand him. The Civil Nuclear Cooperation deal between India and the US, signed in 2008, has brought both the countries closer. The agreement greatly benefited India by securing a waiver for the country from the international body that controls nuclear trade, enabling it to import nuclear fuel from multiple sources.

It would be interesting to watch the President-elect after 20th January since he will try to walk the talk – and there are many issues, one of the important for India is his China policy. Mr Trump, whose “America first” pledge helped him win the White House, has also threatened to hike tariffs on goods imported from China.

China is already spearheading the arms race in Asia. According to the Stockholm International Peace Research Institute (SIPRI) until five years ago, the USA (39%) and China (38%) shared an almost equal proportion of Pakistan’s arms imports. Now, China supplies 63% of Pakistan’s armaments, with the USA dropping to 19%. China’s rise to becoming the world’s third-largest arms exporter was to a large degree helped by heightened demand from Pakistan, which now buys 35% of these exports and is Beijing’s biggest buyer (Bangladesh follows at 20%). From 2011 to 2015, China sold $8.4 billion worth of arms, overtaking France ($8 billion) and Germany ($6.7 billion), although it still lags the US ($47 billion) and Russia ($36.2 billion). China’s share in the international arms export market has risen from 3.6% in 2006-10 to 5.9% in 2011-15 whereas France’s market share has declined from 7.1% to 5.6%, and Germany’s, from 11% to 4.7%, during this period.

The only positive thing that has happened in the recent times is that there was a 73% drop in US security aid over four years to 2015 and also the US has cancelled the subsidised sale of eight F-16 fighter jets to Pakistan. But on the other side China has signed its biggest defence export deal with Pakistan. Under this contract China will supply eight conventional diesel-electric submarines, which will cost between $4 billion to $5 billion. The submarines could have a nuclear strategic capability. In a simple term, it means they could be used to launch nuclear-tipped land attack cruise missiles.

These are certainly not very encouraging developments. So the expected altered US foreign policies will certainly prove good for India.