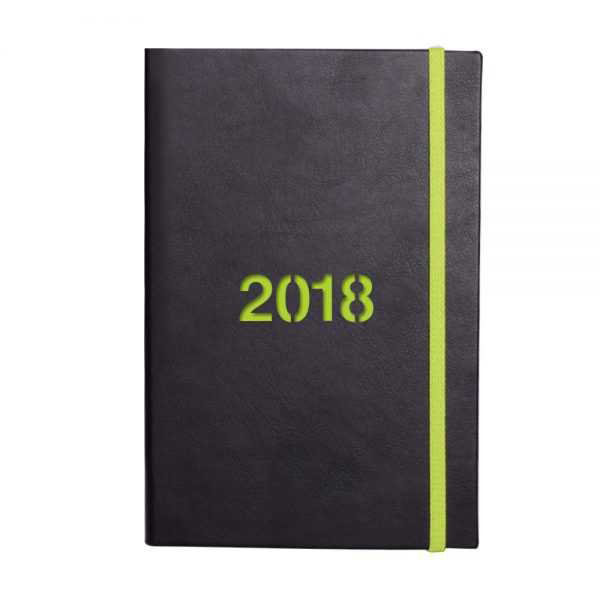 So the New Year with the month of January is making a big noise – a noise which is musical to some and to some it is just another month. This is the time to replace our diaries and table calendar.  Not many people keep diaries and journals, and to justify on their behalf American actress of the stage and screen, and known for her husky voice, outrageous personality, and devastating wit, Tallulah Bankhead says “only good girls keep diaries. Bad girls don’t have the time.” If we ignore the gender part of this statement unarguably, the world is full of bad girls. Surprisingly, even the good ones who keep one are not very sure the very purpose of recording each day’s happenings and events.

Adrian Albert Mole, the fictional protagonist in a series of books by English author Sue Townsend on this account has this to say: “I have decided to keep a full journal, in the hope that my life will perhaps seem more interesting when it is written down.” But Mary Jane “Mae” West, the American actress, singer, playwright, screenwriter, and whose entertainment career spanned seven decades, has gone to another level when she said that “I always say, keep a diary and someday it’ll keep you.”

Some of the most successful and influential people who with their sheer hard work and passion became a part of history kept detailed journals of their lives. Keeping a journal has great benefits. It is not only a permanent record for posterity, but also it acts as a cathartic release for the people writing them. Now, research has shown that writing can do wonders for the writer’s health – both physically as well as mentally. While writing one re-lives the events and process them without fear or stress. It’s indeed amazing how telling our own personal story can make a huge difference in our well being. With journal one can track record of mistakes and successes and this written record can come in handy later when one is feeling down.

It might be just a record keeper for a common man, but as Dame Ellen Terry, another stage actress who became the leading Shakespearean actress in Britain, says, “As a rule, the diary is a document useful to the person who keeps it, dull to the contemporary who reads it, invaluable to the student, centuries afterwards, who treasures it.”

It is true that once a diarist, always a diarist. The diary becomes an integral part, a part of the diarist’s routine. It has been observed that while many write entries daily, as if taking a bath, others let weeks and even months go by without so much as writing a few lines. Their number is more. The kind of time, whether good or bad, lucky or unfortunate, happy or sad too plays a big role. Some diarists write during times of a crisis – emotional or financial or when they have a health issue, others when they are very happy or have received something extra-ordinary.

This very idea that diaries are only worth keeping when some ‘events’ happen is arguably incorrect as the human life is such that there is always something happening at some level. Even the conditions around the diarist are in constant change. As such, it is always advisable to keep making entries on a regular basis. Likewise, some diarists keep a diary for diverse reasons and they end up making entries in numerous diaries. History books claim that born in London on 23 February 1633 Samuel Pepys was the first reported real diarist.

Scottish author, and best remembered as the creator of Peter Pan (a fairy play about an ageless boy and an ordinary girl named Wendy who have adventures in the fantasy setting of Neverland) JM Barrie said: “The life of every man is a diary in which he means to write one story, and writes another; and his humblest hour is when he compares the volume as it is with that he vowed to make it.”

An author and diplomat Sir Harold Nicolson, known for his diaries and letters, 1930-62, published in three volumes, which run to some three million words, wrote in his diary on 31st December 1931: “Of all my years this has been the most unfortunate. Everything has gone wrong…… I have been reckless and arrogant. I have been silly. I must be cautious and more serious. I must not try to do so much, and must endeavour to do what I do with greater depth and application. I must avoid the superficial. Yet in spite of all this – what fun life is!”

Yes, what fun life is!

A very happy new year to all our readers.

Living in The Moment

Science and humanities are poles apart, well, that’s what we’re told right from the day when we’re supposed to select our education stream. But the writer and physicist Alan Lightman has the credit of having both – being the first ever known professor to receive a joint appointment in the sciences and humanities at the Massachusetts Institute of Technology in Cambridge. So I feel we can believe in him more than others. His 1992 bestseller “Einstein’s Dreams,” is a collection of short stories that explore the nature of time. In this book he has very clearly defined how humans experience seconds and centuries. Yes, days and months and years have different connotations when we look back.

In one of the short stories Alan Lightman writes: “In a cosmos where everything is temporary, the only thing that has meaning is the moment because in 50 years or 100 years or 200 years, there’s not going to be anything left. Not only nothing left of our bodies, but very little left of what we do as individuals.” Further, he explains: “It makes me pay attention more. I think we have a tendency to sleepwalk through various periods. You’re in the room, other people are in the room, and you’re thinking about something else, you’re not really there. That’s life, passing us by.” He doesn’t believe that the cosmos has any meaning, or even life has meaning. He writes: “I don’t believe in a universal or absolute meaning. I don’t think there’s common meaning we all strive for in our lives. I think each person has to decide what is meaningful to them, and then figure out how to live their life according to that meaning.”

And for that we have to live in the moment because only then we can fully utilize the short span of time that is at our disposal. Concentrating on the job in hand increases efficiency. Ancient philosophers and religious traditions have been emphasizing about the benefits of living in the moment. Living in the moment also termed mindfulness is at the root of Yoga, Taoism and Buddhism and it is considered to bring happiness. People who practice this are more empathetic, most secure and highly exuberant. However, it was considered just another good habit and nothing more since there had been no scientific evidence to support this advice.

In 2010 some psychologists at Harvard University collected information on the thoughts and feelings of some people to find out how often they were focused on what they were doing, and what made them happier. Their report concluded that ‘reminiscing, thinking ahead or daydreaming tends to make people more miserable,’ not necessarily if they think about a bad experience; even when they are thinking about something pleasant still they are miserable.

Thankfully, in one way, only human beings have the ability to focus on things that aren’t happening right now, allowing them to reflect on the past or anticipate and plan for the future. The mind is capable of imagining things that in fact might never occur. However, the other way this unique ability brings a lot of unhappiness as it’s always the easy way out to indulge in daydreaming rather than concentrating on the activities one is busy with. Twenty first century is the age of distraction. With multiple gizmos and information flood it’s very hard to live in the moment. But that’s the only way out.

Just think of it – 200 years, millions and even billions, of years, and we realize, how our lives really are short in the whole scheme of things. But however short our time is, we gotta fully utilise that because that’s what is important for us and even in that short span of time we can do wonders. Many before us on this planet have done and many are amongst us still doing. So no reason to doubt our capacities. We certainly have the power to alter whatever we wish to.

A poem that captured the mood of 2016

Three days after a gunman killed 49 people at the Pulse nightclub in Orlando, Maggie Smith’s poem, “Good Bones,” was published in Waxwing. A reader moved by the poem’s message posted a screenshot on Facebook, where a musician named Shira Erlichman read it and passed it along on Twitter. As the poem traveled across the Web, its celebrity endorsements got bigger. The poem seizes the mood and social-media accounts of so many people in the tumultuous year that was 2016. For my readers, here is the complete poem –