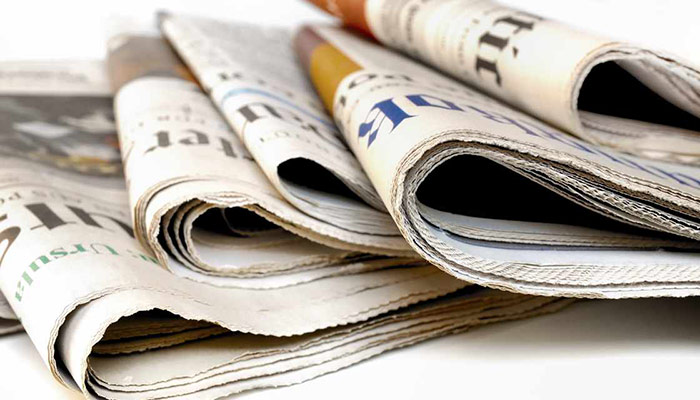 There is no difference between advertising products and peddling opinions in the press or on television because they are paid to. Media barons’ business models and the belief that the society will continue to produce a similar response always and ever is terribly misplaced.

Actors attract fans and anchors fascinate followers on the news hour television and twitter, depending upon how well they make a show to impress the viewers and their minds. Actors’ contract amount depends upon how many tickets the show sells or the sales volume of a product endorsed. Likewise, public speaking fees paid to “celebrities” vary with the position held by them and the hype he/she is able to create around the new hypothesis being propagated be it in social affairs, politics, environment, economics and foreign policy. A Clinton, a Greenspan, and a Musharraf are rated on a different scale and paid royally than a Tom, Dick and Harry on television.

To be heard (and seen) they gotta be in circulation. The more they appear on television, the more popular they become according to manufactured TRPs, and with the increase in popularity get more in speaking fees. The key is to somehow get the first few appearances either by talent or by bribe. Sometimes, they get their larger-than-life-size cut-outs and splash them on the roadside hoardings. For days, you keep staring them every time you pass by, come rain or shine, and they form an impression in your mind.

Actors advertise products no matter good or bad for people’s health while “celebrity” speakers propagate views this way or that, for the money, though both, in their private life, may not even consume the product publicized or subscribe to the views and opinions peddled to the public at large. But nonetheless, they do it impressively and very intelligently for most love money more than morals, (about which who cares anyway!). To look attractive and to advance one’s career or mating prospects, people these days work out on physique as also the teeth and spend a fortune on undergarments but hardly on morals.

No one gets a fat bag in speaking fees for saying that the earth revolves around the sun. If a physicist can convincingly say that neither the earth revolves nor the sun rotates but it’s the crooked clock machine that makes our time move from minutes to hours and days, he will get a sack of dead presidents’ bills in honorarium, plus of course a world renowned citation which he can hang around his neck every time he is on television. The columnists and news anchors, mostly drunk and delusional, love such characters and are always too eager, rather ordered by the media owners, to lavishly plop them on newsprint and across television channels to make them famous as a hero. Advertisers often have “private treaties” with news publishers and barter influence over editorial matters.

There essentially is no difference between advertising products for money and peddling opinions on various subjects for public speaking fees. Don’t believe the actors and anchors because they are paid to do whatever on television.

In the present world of information deluge and intensely increasing delusions, preaching has become more important than practice in public life. Somehow we have come to believe that what we say in public is more important than what we do in private because it’s none of the business of “others” to meddle in the private lives of the celebrities and also because of our assumption that no one would see despite all religious teachings maintaining that nothing remains hidden from the watchful eyes of the omnipotent and omnipresent God. When a President dangles with a young lady intern, the nation doesn’t bother as long as the newspapers keep saying that the economy is growing and the buck rising.

The press has moved on from disseminator of news to destroyer of information. We have too much of information, sponsored by vested interests, than we know what to do with. Further, due to our own prejudices and biases fueled by half-truths and full lie broadcast day and night, we perceive the information selectively, subjectively and without much self-regard for the distortions this causes.

Newsmen face real occupational hazard every day on two counts: Content and Quantity. Content for news called editorial and content for money called advertisements because newsprint space and satellite channel time is exorbitantly expensive compared to the price of real estate in cities around the world. As regards quantity, because of constraints of space and time, and of course the perennial manpower; they can’t carry all the news happening around the world in a single edition. So they use conjunctions and prepositions to connect sentences which, very subtly, create lasting impressions in readers’ minds. “Mumbai stocks climb most on heavy rains,” fooling people to believe that the stock prices and rains in Mumbai have an eternal cause-and-effect relationship. Kiss your editor for the power of preposition and of course jugglery of words.

Let this be clear, newspapers do not carry the news as it happens when it happens. Rather, they carry what the editors decide people should know on the day it is published. News is no longer the news as you hear, see or read it. It’s a ‘paste-up’ job on the paper and a ‘managed’ movie on the screen. It is the “mental impression” that your editor decides you should have on a given day.

God must love idiots, because He made damn so many of them. Thanks to the news, views and lies in between mixed by media.

But the days of the media unicorns are over. No longer will they be able to sway the public actions by ramble bumble opinions aimed at manipulating the minds of the masses. The swarms of social media will take over soon that will be ever ready to offer yet another viewpoint and yet another aspect of truth. Thousand lies will be bared and buried by small pieces of truth popping up on WhatsApp and Facebook in every nook and corner.

What worked in the past is not a guarantee that it will work in the future. In fact, that should itself be a warning that it won’t because of the defining feature of the law of diminishing marginal returns. More and more of the same stimulus stops yielding more and more of the same results over time. In fact, after a prolonged usage, overdose produces counter results. Media barons’ business model based on the belief that the society will continue to produce a similar response always and ever is terribly misplaced. It won’t continue to work the way it did, regardless the fact that it had been, because it damn did for so many decades. Even a buffalo stops giving milk after a certain number of years.

Because the very nature of time is dynamic, times change and the change changes at an accelerated pace with time. In just about 225 years since Edmund Burke hailed the press as the Fourth Estate of democracy after the French Revolution, it has degenerated to earn a label of presstitute. This word has entered common vocabulary over the past few years and signifies deep rooted disappointment ordinary people perceive about the selective role played, and feel completely disillusioned, by the manipulative media. They can’t be trusted any longer the way they were two centuries ago. The media professionals are now come to be regarded as the second most dishonest after car and insurance sales persons. It’s time the masses re-mold media.

Propitiating money-bags with selling lies in order to fleece people of their intellectual freedom and swindle their votes and notes must stop. People Rise! Press, stop it must!!

In May 1789, Louis XVI summoned to Versailles a full meeting of the ‘Estates General’.

Some years later, after the French Revolution, Edmund Burke, looking up at the Press Gallery of the House of Commons, said, “Yonder sits the Fourth Estate, and they are more important than them all.”

And 225 years later, propitiating money-bags with selling lies in order to fleece people of their intellectual freedom and swindle their votes and notes must stop.

About the author: Ashok Jainani
(MA, MBA) is an independent market strategist and investment professional on devising multi-asset class market strategies and also advises on branding and corporate strategy. He uses proprietary trading tools in formulation of investment strategies using macro-economics, fundamental and technical analysis. He is also involved with a large social infrastructure project. He has wide academic knowledge in behavioral psychology, economics and financial markets and professional wisdom acquired over 29 years working in various capacities with well-known institutions, including UTI, SHCIL, The Economic Times and Mumbai-based stock brokerages heading research and market strategy. His periodic reports have been accessed by US Federal Reserve, has been interviewed by business channels and his views and articles have appeared in local and foreign media. He led an analyst team at a Mumbai brokerage to win ET-NOW StarmineThomsonReuters Awards and ZEE Business Awards 2009. A guest faculty at leading management institutes, he is widely travelled and visited several factories across diverse industries. Authored book titled Market Myths; MacMillan Publishers India (May 2011).Author can be reached at [email protected] 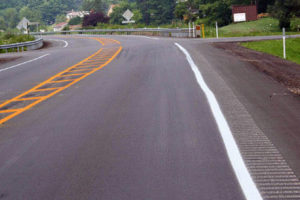 Are well-meaning measures to revive MSME falling short of requirements?

UFlex @uflexltd Secures a Patent on Epoxy Ester Resin, The First of Its Kind in India https://t.co/Q9ER39n6ij #news #india