The Best Way to Keep Happiness is to Give it Away 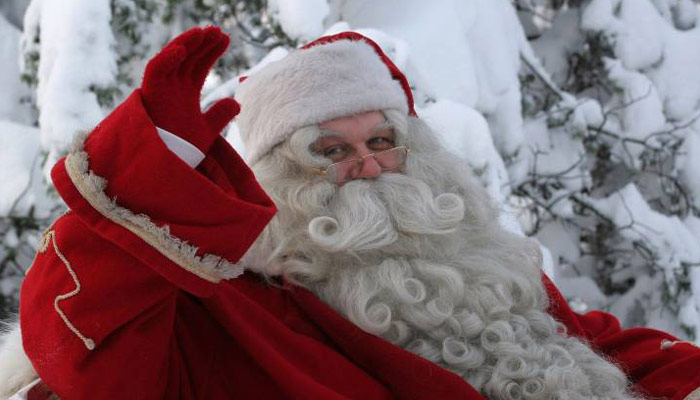 Santa Claus, also known round the globe as Father Christmas, is a myth, a fascinating and homely figure incorporating the medieval legend of St. Nicholas, the protector of children and the poor.

History speaks of St. Nicholas as a Bishop of Myra in Lycia. The emperor Diocletian threw him behind bars for believing in Christ and not worshipping Goddess Diana. He remained in prison until Emperor Constantine ascended the throne and declared Christianity as the religion of the empire. The new emperor not only released Nicholas but also made him Bishop. Like the Good Samaritan, the Bishop went about the country and the town to give a helping hand to the needy. An interesting story is told of Bishop Nicholas that made him dearer to children of all ages.

A poor widow had three little sons. With great difficulty she managed the means for their education and sent them to Athens to study. On their way they happened to stay in an inn. The innkeeper, an animal at heart, killed the boys and kept them in pickle jars. Bishop Nicholas, who came across the mourning widow took pity on her and brought the dead back to life. How did he manage it? Only through prayer.

Nicholas’ habit of helping people got him sainthood after his death. It is estimated that 400 churches all dedicated to St. Nicholas exist all the over the world. This patron saint of Russia is also a patron saint of merchants and sailors. Travellers pray to him for their protection against robbers. How did St. Nicholas become Santa Claus? Santa Claus is a name derived from Sinte Klass, a Dutch dialect form of St. Nicholas, the patron saint of children.

December 6, marked his feast in ancient times and was celebrated with great solemnity in British Cathedrals. St. Nicholas feast was also celebrated as Boy Bishop Day in England. It was a great occasion for boys, for a boy Bishop was elected on December 6 and his authority lasted till Holy Innocents Day on December 28. The boy was attired in Bishop’s robes and with his friends dressed as priests went round the town blessing the people. The boy Bishop and the boy priests performed all the ceremonies except the mass. Though it was confined to the cathedral at the start, it gradually spread to almost all parishes. But King Henry VIII abolished such a practice in 1542, though Queen Mary revived it in 1552. The stubborn Queen Elizabeth put her foot down and abolished the practice once and for all.

The Boy Bishop Day however, survived long in Germany and on December 6, a person in the costume of a Bishop assembled children and distributed among them gifts, nuts, sweetmeats and other little presents. Of course, countries vary greatly in the way they act out these traditions. But most of them transferred the custom of present giving to Christmas Day.

While the Christmas gift-giving tradition began around two centuries after the three magi (wise men from the east) brought presents to the Mary’s boy child, Jesus Christ, the figure of Santa Claus did not emerge until the 18th century in Europe, when he materialised on postcards.

Different Nations have portrayed Santa, the giver of presents in their own style. His red upper garment and trousers were introduced in the late 19th century as a result of German and American influences. But the artist Thomas Nast was more responsible than any other for the modern image of Father Christmas. Nast portrayed Santa as a pot-bellied old man, friendly and jolly with white beard and moustache concealing his mouth. He is seen riding a reindeer-drawn sledge delivering gifts by dropping them down chimneys.

In many countries, children hang up stockings before going to bed on Christmas Eve expecting Father Christmas to fill them up with goodies and gifts. The Dutch children hang boxes in front of their houses for Santa to drop his gifts. Children everywhere dream of the gifts that Santa would bring them. And Santa too fulfills their desires. Perhaps this is the reason why Santa is brought in a procession on a carriage drawn by animals, and they look upon him as a protector of the good and destroyer of the evil.

That is also precisely the message of Santa Claus to children and adults.