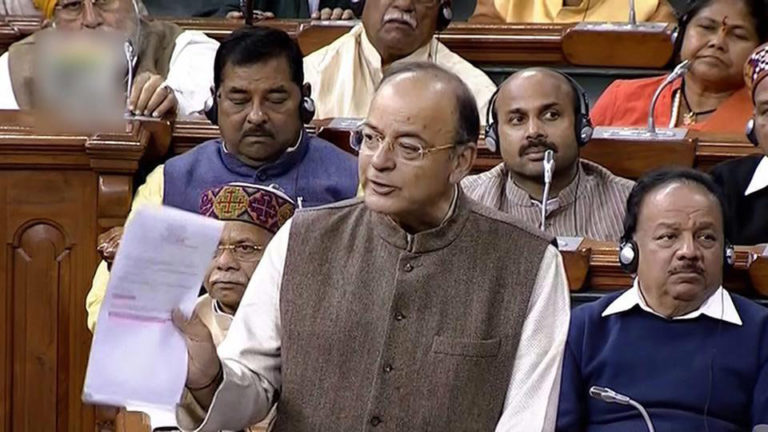 With demonetization temporarily disrupting the business environment and moderating economic growth, the market was expecting the government to respond in the Union Budget FY17-18 with a dose of populism (cut in tax rates, rural packages, rise in tax deduction limits, etc.). At the same time, anxiety was high around factors like LTCG and service tax hike. Against this backdrop, the Finance Minister in his third budget has managed to achieve a fine balance without deviating from the fiscal prudence path. The Budget presents a credible fiscal math, with a predominant focus on continued fiscal consolidation and preserving macro-economic stability. Budget is termed as ‘Transform, Energize and Clean India (TEC)’. ‘TEC INDIA’ has largely focused on reviving growth, addressing the issues of people at the bottom of the prism, skill development, transforming the quality of governance and quality of life of people, energizing youth and vulnerable, cleaning the society from corruption, black money and non-transparent political funding.

This budget has been unique because of the three major reforms. First, the presentation of the budget was advanced to 1st February, breaking the age old tradition, to enable the Ministries to operationalize all activities from commencement of the financial year. Second, Rail Budget was merged with the Union Budget that brought railways to center stage of government’s fiscal policy and third, the budget has done away with the classification of planned and non-planned expenditure to facilitate a holistic view of allocations for sectors and ministries.

The Finance Minister provided relief to the low-income individual taxpayers and reduced corporate tax for small companies – the segments most impacted by demonetization. The corporate tax rate has been reduced to 25% for companies with annual turnover of Rs50 crores or less, which will strengthen the MSME sector, help in employment generation and enable them compete with larger players post GST implementation. Awarding infrastructure status to low cost housing is a welcome move as it will spur investment in low cost housing projects due to several incentives to be enjoyed, including low borrowing costs. The move will also help generate employment. The government has also focused more on rural economy and announced various measures to improve growth over there.

Digitization has been given a major push to bring transparency and accountability among the masses. Various measures may be taken in future to increase tax compliance by corporates and individuals. The sharp increase in individual tax collections for FY2016-17 by 34.80% is a direct result and a major achievement of demonetization. As expected, the budget has measures to clamp down on black money (ban on cash transactions beyond Rs 3 lakh) and promote digitization.

Some of the key disparities brought into light in the budget speech with respect to individual and corporate taxpayers were always believed to have existed, but the mention of the same with data clarity gives us confidence that a new normal is prevailing in the current government and that is of data centric approach to tackle issues. In its drive to bring transparency in political funding, the Budget has capped the maximum amount of a cash donation, a political party can receive, will be Rs 2000/- from one person.

Foreign Investment Promotion Board to be abolished in 2017-18 and further liberalization of FDI policy is under consideration which is likely to boost FDI investment into the country. Time bound listing under the revised mechanism of PSU’s would throw up capital market opportunities.

In this Budget FM has continued its trend of following financial prudence with Fiscal Deficit of 3.2% and Revenue Deficit at 1.9% vs Revised Budget Estimate for FY16-17 of 3.5% and 2.1% respectively. The lower fiscal deficit has led to lower net government borrowing estimate at Rs 3.50 lakh cr vs FY16-7BE of Rs 4.41 lakh cr and FY16RE of Rs 3.65 lakh cr. This is likely to leave enough liquidity in the system and will keep interest rates low.

Given the context of muted private capex investment cycle, the onus of driving investment rests on the government. Thus, the FM is budgeting for another year of double-digit (10.7%) capex growth in FY18, with higher allocation toward Roads, Railways, Rural Housing, Affordable Housing, Agriculture, Social sector, etc. Despite this, the government has pegged total spending growth at 6.6% for FY18 – the lowest in the last 12 years. This is achieved by containing revenue expenditure and keeping inflationary forces at bay. This, we believe, opens the window for one more rate cut by the RBI.

Finance Minister’s budget for FY17-18 will surely be followed by major changes in Indirect Tax law with GST getting implemented from 1st July 2017. Hence, he has tweaked indirect tax marginally. Though the broader framework and rates for GST are more or less agreed between the state and Central but final law with specific rates for different goods is still to be finalized. That will have a major impact on various corporates thus we feel that the other half budget will be coming soon.