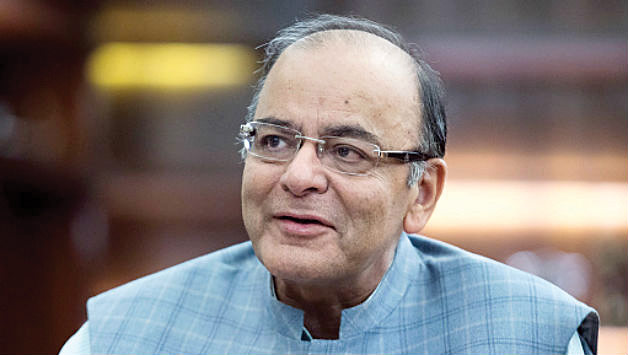 The best thing about the budget is that the Finance Minister has maintained the FY2017 fiscal deficit at 3.5% and has set a target of 3.2% for FY2018. Although this is slightly higher than the earlier target, FM with this target has not succumbed to the populist demands. He has also announced a 10.7% increase in the capital expenditure on infrastructure development and has indicated slower spending on the revenue accounts such as subsidies and grants, indicating more efficiency in the government operations and additional funds for capital expenditure. He has also indicated the government’s continuous focus on curbing black money and improving the transparency in political funding.

None of the draconian measures that the markets were expecting like the long-term capital gains tax, a raise in service tax, huge fiscal deficit, has happened. So the long-term (LTCG) and short-term capital gains tax (STCG) is unchanged. The abolishment of the FIPB is also expected to bring more FDIs, which is structurally positive for the government’s ‘Make in India’ initiative. The affordable Housing sector has also been awarded an infrastructure status. This extends the list of benefits announced for the affordable housing sector by the PM earlier.

The government estimates recovery in the demand from Q1FY18E, which should bring the economy back to the growth path.

It was the first combined budget of Independent India, started to synergise the investment in railways, roads, waterways and civil aviation. To spur economic activities and create more jobs total allocation for infrastructure stands at a record level Rs 3,96,135 crore in 2017-18.

Transport: As a whole, including railways, road, shipping, Rs 2,41,387 crore has been provided. The total capital and development expenditure of Railways has been pegged at Rs 1,31,000 crore. This includes Rs 55,000 crore provided by the government from the Budget.

Highways: For highways, the budget allocation has been stepped up to Rs 64,000 crore in FY18 from Rs 57,676 crore. In the road sector budget allocation for the National Highways is stepped from Rs 57,676 crore in the BE of 2016-17 to Rs 64,000 crore in 2017-18. To facilitate better connectivity of ports and remote villages 2,000 kms of coastal connectivity roads have been identified for construction and development.

On solar power front, the second phase of solar power development will be taken up with an aim of generating 20,000 MW.

Also, select airports in tier-II cities will be taken up for operations and development on PPP mode.

A new metro rail policy will have innovative methods of financing.

Also to reduce the grievances of defence pensioners a comprehensive web based interactive Pension Disbursement System for Defence Pensioners will be established. This system will receive pension proposals and make payments centrally.

The government has pegged its FY18 disinvestment target at Rs 72,500 crore. The Budget proposes to create an integrated public sector ‘oil major’ which will be able to match the performance of international and domestic private sector oil and gas companies. Also as the Exchange Trade Fund (ETF), comprising shares of ten CPSEs, has received overwhelming response in the recent Further Fund Offering (FFO), the government has decided to continue to use ETF as a vehicle for further disinvestment of shares. A new ETF with diversified CPSE stocks and other Government holdings will be launched in 2017-18. The strengthening of the CPSEs through consolidation, mergers and acquisitions will give them capacity to bear higher risks, avail economies of scale, take higher investment decisions and create more value for the stakeholders.

Also there will be a huge scope of value unlocking in strategic disinvestment of companies like Bharat Earth Movers Ltd. (BEML), Steel Authority of India Ltd. (SAIL) as well as National Mineral Development Corporation Ltd. (NMDC).

Besides, the Budget proposed electoral bonds, which will be issued by notified banks, and can be redeemed by recognised political parties. A donor could purchase bonds from authorised banks against cheque and digital payments only. They shall be redeemable only in the designated account of a registered political party and within the prescribed time limit from issuance of bond. Political parties would know who has given the money and they will disclose in returns how much bonds they have got. As the bonds will be bought through cheque and will be encashed with banks, it will be clean money and transparent, as the buyer is known.

Startups to avail tax holiday in a block of 7 years

The profit linked deduction available to the startups for 3 years out of 5 years has been changed in 3 years out of 7 years. As a result, eligible startups can now avail their three-year tax holiday in a block of seven years instead of five years, giving them more time to take advantage of the benefit. The FM, however, has ignored the other demands from startups, which included increasing the number of years of income tax exemption from three years to seven years and pushing back the qualification date before April 1 2016. For the purpose of carry forward of losses in respect of such stereotypes, the condition of continuous holding of 51% of voting rights has been relaxed subject to the condition that the holding of the original promoter/promoters continues. The increase in the window for availing tax benefit will give more time to startup to reach a stage when they start earning profits before they exercise their option for income tax exemption. Of the 1,425 applications received by the DIPP since the start-up policy was operationalised last year, 111 applications were considered for tax benefits.

Among the 3.7 crore individuals who filed tax returns in 2015-16, 99 lakh showed income below the exemption limit of Rs 2.5 lakh per annum

And only 24 lakh people declared income above Rs 10 lakh

Of the 76 lakh assessees who declared income of above Rs 5 lakh, 56 lakh are in the salaried class. The number of people showing income more than Rs 50 lakh in the country is only 1.72 lakh As against estimated 4.2 crore persons engaged in organised sector employment, the number of individuals filing return for salary are only 1.74 crore. Only 76 lakh Indians showed income of over Rs 5 lakh but in the last 5 years, more than 1.25 crore cars have been sold, and

2 crore Indian citizens flew abroad, either for business or tourism in the year 2015

As against 5.6 crore informal sector individual enterprises and firms doing small business, the number of returns filed by this category is only 1.81 crore

Of the 5.97 lakh companies which have filed returns for Assessment Year 2016-17 so far, as many as 2.76 lakh companies have shown losses or zero income

Only 2.85 lakh companies have shown profit before tax of less than Rs 1 crore

Only 7,781 companies have profit before tax of more than Rs 10 crore

The preliminary analysis of the data received in respect of deposits made by people in old currency presents a revealing picture.
During the period November 8 to December 30, 2016, deposits between Rs 2 lakh and Rs 80 lakh were made in about 1.09 crore accounts with an average deposit size of Rs 5.03 lakh.
Deposits of more than Rs 80 lakh were made in 1.48 lakh accounts with the average deposit size of Rs 3.31 crore.

This data mining will help the government immensely expanding the tax net as well as increasing the revenues, which was one of the objectives of demonetization. The Strategic Implications of Indian Corruption 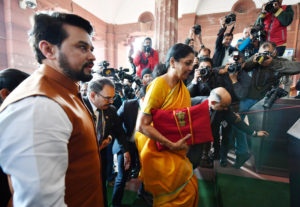