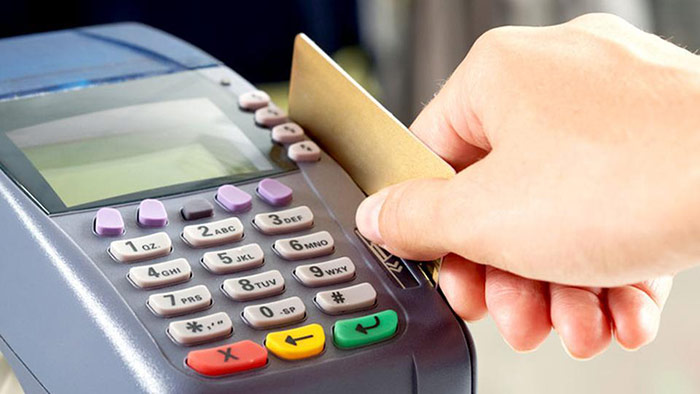 Microfinance, as it stands today, is roughly a Rs.50,000 crore ($6815 million) industry. As soon as the demonetization of high denomination currency announcement was made on the 8th of November, lending activity is reported to have come to a standstill. Almost all disbursements in microfinance are made in cash and the industry stands crippled since the announcement was made. Even collection of loan installments is affected significantly in the case of NBFC-MFI (Non Banking Finance Company- Microfinance Institution) entities since they do not qualify as banks. The effect is likely to last till sufficient notes are made available in the system.

Cashless and digital economies have picked up significantly in India and work with a good degree of success in high value transactions such as white goods and also in the organized retail industry. E-commerce has added further traction to the digital economy, allowing more and more Indians go cashless, but the rural and poor are still largely dependent on cash. Several transactions are preferred to be routed through cash largely because of the geographical location of the banks and absence of quick transport to and from the bank resulting in reduced business hours for the poor.

Given the almost complete dependence on cash by the poor, demonetization has had a crippling effect on the microfinance operations. Can an opportunity present itself in this crisis? Could this become the catalyst for having a controlled cash or the cashless economic environment in the microfinance sector? There is, of course, no simple answer to this. Two issues, namely, transaction cost and awareness remain key to widespread acceptance of digital economy in the microfinance sector. The infrastructure for digital transactions is already in place. Smart phone enabled cash transfer applications are aplenty.

The M Pesa experiment involving cashless transactions through the use of a digital wallet in Kenya has already met with an encouraging success rate. Several digital wallet applications are well entrenched in India. In fact, demonetization has seen a sharp spurt in both the number as well as the value of transactions on the digital wallet platform PayTM. Even the microfinance industry is already credit card and smart phone enabled since the advent of applications such as PayTM targeted at the poor and focusing on low value transactions and the RuPay cards that have been issued with the Jan Dhan Accounts.

Close to 190 million RuPay cards have been issued in the last two years along with the Jan Dhan Accounts. The teething troubles faced by RuPay in terms of lack of acceptance of the card for swiping at shopping malls and restaurants was overcome “by paying around `20 crore to Verifone for its one million terminals” which was even more than what was spent on developing the payments infrastructure”, according to AP Hota, founder and Chief Executive of National Payment Corporation of India (NPCI). Against a well-entrenched Visa and MasterCard, transactions of the RuPay cards stands at 20% of the transactions of 2 million a day. The transaction cost of RuPay, however, is significantly lesser at 45 paise per ATM transaction as against the transaction cost of Rs.3/- that is charged by the others.

Since access to a bank account is key to cashless transactions, borrowers in the microfinance segment need a bank account. Business Correspondent (BC) helps in this endeavor. The BC mechanism is already a significant channel in the microfinance business, accounting for a portfolio of about Rs.2,450 crore ($334 million). Reserve Bank of India has called for strengthening the existing network of more than 250,000 BC functioning all over the country today. The difference between an NBFC-MFI and a business correspondent is fairly significant. While NBFC-MFI lends directly to the customer, the BC lends on behalf of a bank, thereby mandating a bank account for the customer. The other important key player in microfinance business is the small banks. Small banks operate with a banking license, too, and their customers are also technically in the formal financial network. Since customers of microfinance are already included in the financial system the next logical step for the microfinance industry is to lend by crediting the bank account of the customer. For customers who may not have a bank account, but have a smart phone, money could be transferred into the digital wallet.

An exciting solution that has high potential to aid rapid and disruptive strides towards cashless microfinance is the Unified Payment Interface (UPI). UPI has been developed by the National Payment Corporation of India, a payment solution provider which is a spin off from Reserve Bank of India. It enables users to transfer funds up to a maximum of Rs.1,00,000/- without disclosing the account number. The facility can be used to make individual, merchant payments, bill payment and remittances through one’s smart phone loaded with the UPI app. The application can be downloaded on any smart phone (currently designed for Android) and eliminates the need for PoS (Point of Sale) device while maintaining confidentiality of the user bank account details. With 19 banks having made their UPI app available, the unique additional advantage that this offers is fungibility – the app is not tied to one’s bank account, i.e., one can have an account in bank X and use the UPI app of bank Y. Such flexibility inbuilt in the app can help in its widespread adoption and can unleash exciting possibilities in microfinance. The data footprint generated in the use of UPI also helps the lender to track the end use of loan.

Data availability will also enable the micro lender to do all or some of the following:

With more than 100 million smart phones in rural India, the biggest possible challenge is the ability to use the smart phone and the UPI app in a safe and comfortable way. While it is reasonable to assume that lenders would be willing to train the borrowers in the use of technology for cashless transactions, will customers be willing to pay for the smart phone, recharge the phone at all times and incur the additional cost of using a data pack? The second challenge is the transaction costs associated with the digital transactions. Will the service providers make it affordable for high volume and low value transactions?

The success of cashless microfinance lies in the answers to these questions.