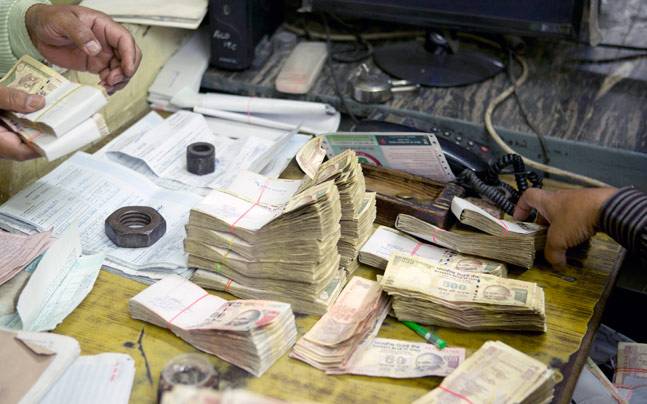 Man on the street is not convinced that Prime Minister Narendra Modi’s demonetization drive succeeded to the point it was supposed to. Simply because the results were not on expected lines since not many people were caught from those elite services or the professions who take a major share of the ill-gotten money. The truth is India’s most corrupt people belong to the law enforcing agencies besides the politicians. Be it police, CBI and state intelligence agencies, Income Tax, Excise, Customs, any government department and the judiciary. We all know advocates and doctors never take a cheque. One may have to burn midnight oil to search one honest officer in central or state government departments. This is not something hidden from anyone in this country. In fact, the PM himself said so in his “demonetization” speech on national television.

So when the government gave the sweeping powers to the, taxmen India Inc got a jolt. Because it felt at least this government will walk the talk. Concerned over the likelihood of misuse of increased powers, proposed in the Budget 2017-18, India Inc has raised its concern with the finance minister and revenue secretary. While the industry is worried that such powers may lead to corruption and harassment of assessees, the government is only saying that there will be a process and approval procedure. But when we lacked procedures?

The finance minister, has proposed to provide taxmen with the powers to provisionally attach the property of an assessee for six months either at the time of search and seizure or till sixty days from that date. To top it, he has also proposed to provide taxmen with an additional right to not disclose the reason for carrying out search and seizure to any person or authority or even the Appellate Tribunal.

To understand India Inc’s concern, we have to see the kind of arrogance the law enforcing officials are displaying. On one hand, it’s a known fact that government officials simply don’t like to work, on the other hand, the Indian Revenue Service (Customs and Central Excise) Officers’ Association is demonstrating that they will not have any work and there is a likelihood of job loss after rollout of Goods and Services Tax (GST). Doesn’t it raise our eyebrows!

The Association had asked the government to protect the sanctity of their service amid attempts by officers of state government VAT departments to equate themselves with IRS (Customs and Central Excise) officers. In fact, the GST Council has divided the taxpayers in a 90:10 ratio below the annual turnover threshold of Rs 1.5 crore, with 90 per cent of the tax assesses to be scrutinized and audited by the states. The Council had in its recent meeting agreed to give states the powers to levy tax on economic activity within 12 nautical miles of territorial waters and to administer 90% of the taxpayers under Rs 1.5 crore annual turnover besides certain provisions of Integrated GST.

The employee associations, representing about 70,000 officers and employees of Central Board of Excise and Customs (CBEC), last week protested against the GST Council decisions, that the association worries will not only weaken the sovereignty of the Centre but also adversely affect the Indian economy and revenue collection and said their protest was in the national interest. The logic is the officers of the CBEC have done all the ground work for its implementation.

It was funny to read the finance minister’s assurance that ‘they should have no insecurity as enough work and opportunities will be available to them and only the nature of work will change in the new indirect tax regime.’ Revenue secretary Hasmukh Adhia also assured the officers that they will have enough work to do under the GST.

To bring achhe din, this government has to first convince the man in the street that it can crush such overtures of officers and will not take these demands lying down. Already ‘that man’ is under stress whose money is now locked-up in banks and is fully aware that the government has taken him for a ride, because he has no voice.