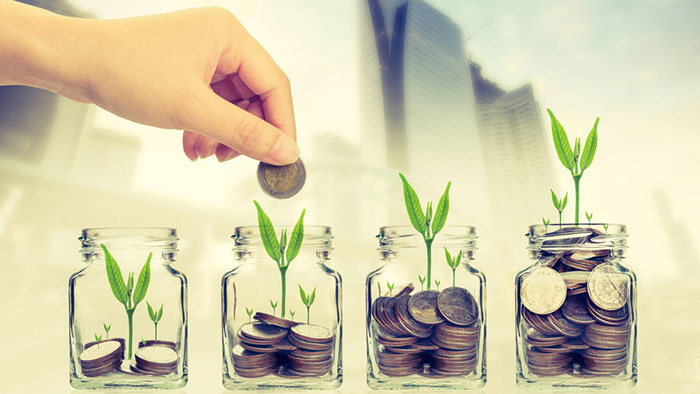 “Is not commercial credit based primarily upon money or property?”
“No, sir, the first thing is character.”

– J. Pierpont Morgan, to the House Banking and Currency Committee, 1913

The new century banking must evolve to reckon the
cash-flow based lending as the commercial economy has completely transformed from cash-guzzling capital intensive manufacturing base to asset-light hybrid-type services sector. In the growing high-tech digital world, while the bank is just a ‘click away’, credit officials, for a change, might better take a regular walk to the borrowers. That may be good for the health of both the borrower and the lender.

For traditional Indian lending institutions, the collateral is more important than the cash-flow; character is considered a distant third, if at all. Over the last one hundred years, banks and financial institutions have built their core lending model which gives precedence over everything to ownership of an asset that could be put as a collateral security by the borrower even though the projected cash-flow from that business asset is essentially the repayment source for the money lent.

The primary difference between an asset-backed loan and one that is based on cash-flow is in the focus of the lender. In an asset-backed loan, the transaction is based on the corporate borrower’s fixed assets that are the determining factor. And that has been found to be the most abused part of the modern banking malaise because some of these assets on the books could either be inflated or non-existent and some may not be earning enough to cover even the interest costs.

In case of cash-flow based loans, on the other hand, the company’s credit rating plays a key role in determining how much a business can borrow. These loans are more suitable for businesses with high credit ratings and a large amount of detailed, documented cash flow, including intangibles like the exclusive patents and intellectual property rights (IPR) that can be monetised. In other words, the character of the business as such and personal credentials of the promoter play an all-important role in determining the loan and its quantum. Banks may favor these types of loans because they are based on actual revenue generation rather than assumed or unreal fixed assets declared by the company management. Many service oriented businesses such as education, technology, online retailing and medical services enjoy higher profit margins that can be easily scaled up and expanded in a wider geography with small capital requirements.

In fact, asset-backed loans are more suitable for borrowers who may have a lower or uncertain cash-flow or a poor credit rating. As such, these loans are expensive and cost more in terms of fees and interest rates. In those cases, the value of the assets needs to be substantial enough for the lender to risk the loan in the first place. That’s where the problem begins. In their ever-growing greed and ever-greening of bad loans, unscrupulous promoters have been able to wrest control over precious financial resources by launching bigger and bigger projects.

BSE-500 companies’ data show that during the last eight years, since the 2008 financial crisis, corporate debt has quadrupled to Rs 37 tn, and so has interest costs to Rs 8 tn, but their aggregate profit before tax has risen only 54% to Rs 5 tn. It shows that incremental rupee debt raised by the corporate sector based on traditional asset-backed lending is not yielding a commensurate increase in the revenues and profits; or the companies now need more capital to do the same amount of business.  Truly, in other words, industry has not been judicious to invest financial resources in productive assets that can earn enough for the costs and repayment of loans. Still banks are chasing big ticket borrowers even though they are struggling to maintain the return on capital (RoC). Pathetically, some of the companies are reporting RoC lower than even the bank deposit rates. Surprisingly, during the same period, many of the private equity investors have made sizable gains on investing in asset-light technology driven service industries, where banks missed the bus due to their rigid lending model and ignored to invest either in equity or debt of those successful companies.

Services sector now accounts for nearly two-thirds of the Indian economy and manufacturing contributing over one-fifth to the annual gross domestic product (GDP) with fewer investment opportunities for banks as traditional manufacturing sector faces capacity glut in many areas. Other studies point out that as the loan-ticket size goes up more than Rs 100 crore, the chances of default also go up. Smaller the loan size, the higher the timely repayment rate and therefore better for banks. For cash-flow based lending, average ticket size is significantly lower than the gigantic asset-backed loans besides having a lower risk of the loan turning into a non-performing asset (NPA). Further, banks can now use artificial intelligence and data analytics from social media behavior for assessing borrower’s creditworthiness.

Ten years from now, banks would look at and do business differently than they did ten years ago. Banks must embrace technology and through consolidation reduce the number of physical branches, thereby reduce the liability franchise they have created over the decades. It’s not needed in the digital era where a bank is virtually in every household and can be accessed by a computer for all cashless transactions. Only for cash withdrawal, depositor needs to go to an ATM. They must now focus on creating and strengthening the loan asset portfolio by focusing on cash-flow based financing. For a change, credit officials may make a regular visit to the borrowers.