Opera in My Life 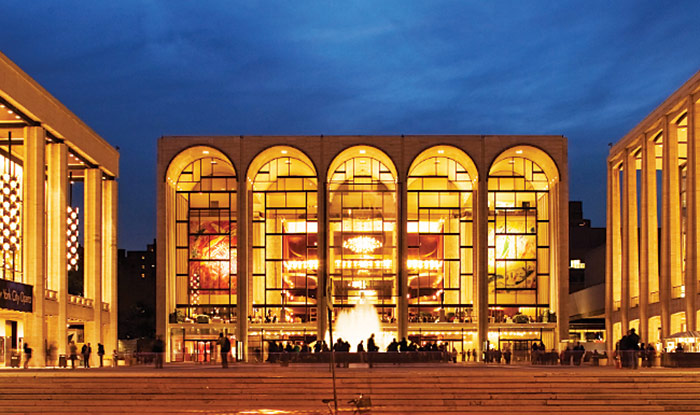 Puccini’s operas are intimate and deeply emotional. At college I drove my roommates crazy by playing a recording of “La Boheme” over and over again. To this day, I find myself, while walking on city streets, humming the music for Rodolfo’s Act One aria when he declares his love for Mimi.

Join me on my “Tosca” tour of Rome. Puccini placed each act at a city landmark. Act One takes me to the church of Sant’ Andrea della Valle, crowned by a fine dome, the largest in Rome after that of St. Peter’s. I once sought refuge in the church during a violent wind-driven thunderstorm. In Act One, an escaped political prisoner seeks refuge in the church.

Act Two is set in Scarpia’s study in the Palazzo Farnese, the most magnificent Renaissance palace in the city. Scarpia is the police chief of Rome. His plan is to seduce Tosca, a famous singer. As he advances on her, she takes from his desk a dagger and plunges it into his chest. (Opera is not for the squeamish.) After placing two burning candles by his body, she places a crucifix on his chest and flees the scene.

Nearby, in the Campo Fiori, I purchase an orange from Sicily to sustain me on my walk along the Tiber River to the site of Act Three, the Castel Sant’ Angelo. Puccini strove for authenticity when composing “Tosca.” He directed precise inquiries to friends about the sounds of bells which could be heard from the Castel Sant’ Angelo at dawn. He later came to Rome to hear the bells for himself.

Act III. Dawn. Tosca is on the castle ramparts. Scarpia’s body has been found. Her beloved has been executed. Her pursuers are closing in. Taking one last loving look at Rome, Tosca leaps from the ramparts into the Tiber below. The opera concludes, all the lead singers being dead. The audience is enthralled by Puccini’s music and the drama on stage.

In the town of Lucca, lying to the west of Florence, four generations of Puccini’s forebears served as organists in the cathedral of San Martino. Along the narrow Via di Poggio stands the building where Puccini was born and lived much of his life. I visit the Puccini apartment. In the visitors’ book I write, “With gratitude to Puccini, who introduced me to the world of opera.”

Next in my opera education came Verdi. My love for his operas led me to the town of Busseto. The landscape is flat, for these are the fertile plains of Emilia in northern Italy through which the Po River slowly flows. Walking along the narrow country road to the Verdi estate at Sant’ Agata, I pass fields of corn and wheat. Lizards dart over the parched earth. The midsummer sun is intense. Referring to two of Wagner’s greatest operas–both dark and gloomy–Verdi wrote, “Do you think that under this sun and this sky I could have written Tristan or The Ring?”

Between August 1838 and June 1840, Verdi’s wife and two infant children died.”I was alone, alone! My whole family was gone!” A Busseto friend described the 27- year-old composer as utterly crushed, reduced almost to the point of mental aberration. He remained in Milan, living by himself in a furnished room and taking his meals alone in a nearby trattoria.

One evening he ran into Bartolomeo Merelli, the La Scala impresario. They walked in a heavy snowfall through the streets of Milan, the older man taking Verdi by the arm and guiding him to the opera house. There he handed him a libretto. Verdi responded, “No, no, I don’t want to read any librettos.” “Come on, it won’t bite you,” replied Merelli.

On returning to his room, Verdi threw the manuscript on the table, having resolved not to read it. Curiosity, however, got the better of him. The libretto by Temistocle Solera titled, “Nabucco,” concerned the Biblical story of the Jews suffering under Babylonian rule. In one scene, the Hebrews, in chains, yearn for their homeland:

Va, Pensiero ( Fly, o thought )
Fly, o thought, on wings of gold,
rest upon those hills, that sand
where the air is soft and mild
in my dearest native land.

In the morning he went to the opera house to return the libretto to Merelli who said, “Set it to music!”

Verdi describes what happened next: “And with that he took the libretto, thrust it in my overcoat pocket, grabbed me by the shoulders and not only pushed me out of the room but locked the door in my face. What could I do? I went home with ‘Nabucco’ in my pocket. One day a verse, the next day another, at one time a note, at another a phrase.”

Singers, chorus and orchestra were enthusiastic about the music. The stagehands and workmen who crowded into the wings asked themselves, “Che fotta noeuva?” (“What new thing is this?”) “Nabucco” proved to be an enormous success. Verdi had overcome tragedy and loss of confidence.”With this opera,” he wrote, “it is fair to say my artistic career began.”

At a Verdi event in New York earlier this year, two hundred of us rose from our chairs, led by August Ventura, author, filmmaker and Verdi advocate, to sing, “Va, Pensiero” from “Nabucco.” There was not a dry eye in the house. We were celebrating Verdi as composer and Verdi as a patriot. Living as they did at the time under Austrian rule; the Italians had come to identify through Verdi’s patriotic chorus in “Nabucco” with the Hebrew captives singing of their homeland. “Va, Pensiero” became the national anthem before Italy became a nation.

The night of my Metropolitan Opera debut. As I enter the opera house, the colors of the Chagall paintings in the lobby have never seemed more bright, the crystal chandeliers more sparkling, the red carpeted stairway more grand. The evening’s performance: Verdi’s “Don Carlo”, considered by many his masterpiece, with James Levine, Music Director of the Metropolitan Opera, conducting an all-star cast.

My role is modest. I am a supernumerary, one of 146 in this production, defined as a “person, not a regular actor, but employed to appear as in a mob scene or spectacle.” Depending on size, age and shape, we supers are transformed into bishops, monks, soldiers and Spanish lords. Because of my height, I am selected to be a bishop. The Met makeup artist, Victor Callegari, transforms me into someone from an El Greco painting.

At 9 p.m. from on stage a herald summons us. Our procession of church dignitaries comes down the cathedral steps and enters the great square of Madrid. Here Don Carlo (Placido Domingo) pleads on behalf of the persecuted people of Flanders. He does the unthinkable, drawing his sword against his father, King Philip II (Nicolai Ghiaurov). Rodrigo, his closest friend, disarms him. The scene ends with all looking up on hearing a celestial voice. A worker high above the stage acknowledges our reverent gazes by waving. Down comes the curtain to thunderous applause from 3800 opera attendees.

From the stage of the opera house, after appearing in eight performances of “Don Carlo,” I return to my humble seat above the balcony in the Family Circle, the least expensive seats in the house ($30). The stage seems far away.(It is far away!) To establish my Wagner credentials, I have given myself a major assignment: To attend the four operas comprising his epic drama, “The Ring of the Nibelung.” Total running time: 19 hours. (Wagner’s wife, Cosima: “R. does not care for brevity.”)

On the subway to the opera house I munch on a sandwich. Wagner intended that his listeners arrive in a relaxed and tranquil frame of mind, having reflected on the opera to be performed. Not my situation.  I am rushing from work.

At the conclusion of the fourth Ring opera–“Die Götterdämmerung” (Twilight of the Gods) – past midnight, I walk from the opera house across Lincoln Center Plaza to my bicycle and ride home through Central Park. I need the coolness and quiet of the park to reflect on the music of Wagner. Attending the Ring has been for me an extraterrestrial musical experience; one never to be forgotten.