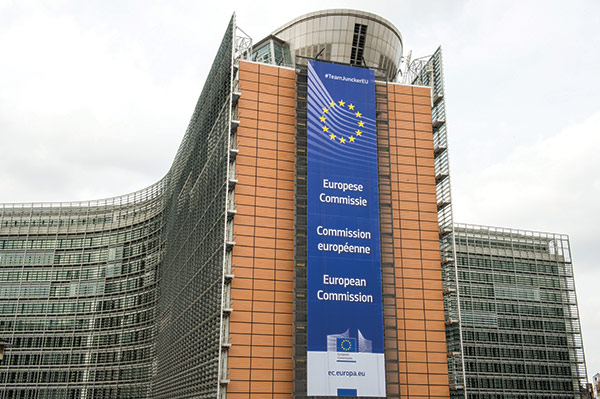 A recent Pew Survey of 10 major EU countries shows that nearly twice as many EU citizens wanted more power to flow back to EU capitals than to Brussels. That means all those ‘chilling claims’ raised during Brexit campaign were indeed true. The EU establishment was so arrogant that they never seriously believed the UK would leave the EU. Britain’s departure leaves a 10 billion euro a year hole in EU finances. On the other hand Germany, France and the Netherlands are already balking at the prospect of paying more to poorer member states who rely on EU handouts funds.

Secondly, the population of Europe during the First World War was nearly 25%. Today it is around 11% and is expected to become 3% in another 20 years. This is mainly due to low reproductive rates and in some countries it is as low as 1 when 2.1 is considered as equilibrating rate. With this speed one day Europeans will disappear from the world map.

The biggest problem with the EU is constitutional. There is no strong, democratically elected central government. There are horrible policies like the Stability and Growth Pact that impose austerity on every EU nation. So they can’t do economic stimulus; every nation has to get together and agree to take money out of their own budget to help another country.

Youth unemployment has reached 50% in Spain and hovering around 30 to 40% in most of the other countries. The overall unemployment is at more than 25% in most countries and it is anti-immigrant. Since most immigrants are Muslims by faith the resentment against migrants is coupled with anger against Muslims. As a result anti-immigrant, anti-EU, anti-Islam party of Wilders in Netherland became second largest.

But on the other side thousands of people join rallies across Germany and other European countries to show their support for the idea of a united Europe. The weekly demonstrations organized by a grassroots group calling itself Pulse of Europe began at the end of 2016 to counter the growing nationalist sentiment on the continent and opposition to the EU. Participants turn out to support the values, culture and openness that have developed since Europe was ripped apart by World War II.

The European Union (EU) was created by the Maastricht Treaty on November 1st 1993. It is an economic union between European countries, which makes its own policies concerning the members’ economies and laws and to some extent security. There was an understanding about fiscal measures in respective countries. The deficit should not exceed 3% of the GDP and debt should be within 60% of GDP. It was maintained for some time, but later some countries like Italy and Greece fudged numbers and it created an imbalance. The household debt has reached nearly 80 to 100% of GDP in most of these countries. Thus, the Debt to GDP ratio of most of Europe is at unsustainable levels. EU created a single currency – euro, but Britain was out of this. The monetary union sustained somehow, but a fiscal union could not.

The European economic and social crisis was developing over a period and is now culminating into a catastrophe. The root cause of the issue is the attempt in Europe to nationalize families. Old age issue/ health issues/ child care issues are all normal family activities that have been taken over by the state and the state is broke. JPMorgan Chase CEO Jamie Dimon in his annual letter to shareholders wrote that the “advent of Brexit would lead the EU to focus on fixing its issues – immigration, bureaucracy, the ongoing loss of sovereign rights and labor inflexibility – and thereby pulling the EU and the monetary union closer together. Our fear, however, is that it could instead result in political unrest that would force the EU to split apart.”

Europe’s politics is currently riven with populist discontent. The Netherlands, France, Italy, Germany and Poland have a significant eurosceptic political element. If Marine Le Pen, the leader of the far-right nationalist Front National wins in France that itself would be enough reason to fundamentally alter the political dynamics in Europe. She is anti EU and anti-immigrants, and her win will ensure the demise of the EU is faster. She has mentioned her intention to hold a referendum on membership in the European Union if it does not agree to redesign the union as a loose coalition of nations without a common currency or a border-free area. In fact, she has clearly stated her intention to exit the euro. The world will also be watching the upcoming German elections in September.

Ironically, it was France, which presented a plan for deeper cooperation in 1950 to control Steel and Coal industries on a common basis to regulate production of weapons. Six countries – Germany, France, Italy, the Netherlands, Belgium and Luxembourg signed a treaty to run their heavy industries coal and steel under a common management. So that none can on its own make the weapons of war to turn against the other, as in the past. Now times have changed.