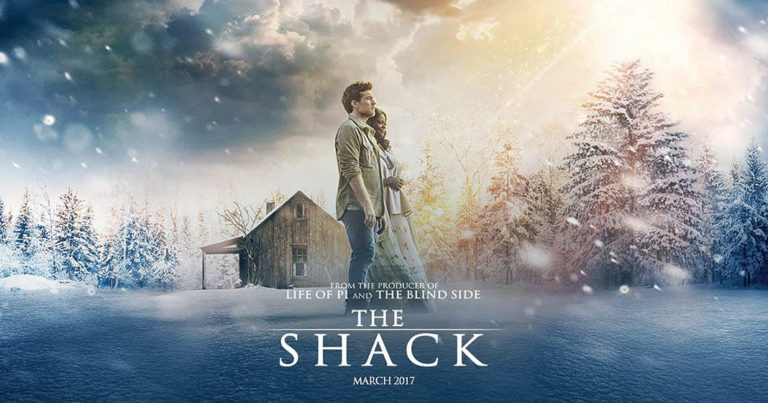 When one leads a life as it comes without putting any effort to change its direction and not bothering to chart any other path, he is said to follow his fate. Fate decides the direction his life moves. Scores of people around us live such life and seem to be content. Fate is the expected result of normal development. A life lived by default, if we use the modern computer terminology. But destiny is just opposite. It’s controlled by one’s potential in all the forms that we can think of. It is something badly waiting to happen. It just needs a little push, a little effort, a folded carpet waiting to get a small touch so that it can roll over the rough ground. It has vast possibilities. Destiny is something we all are born with. It is our potential waiting to happen.

If you settle for a life ordinary, you will be led by fate. But if you have to put yourself out there in an effort to achieve your goals, if you want your dreams come true, then you have to be willing to take that first step to reach your potential. It involves taking sometimes great risk – a risk that can even ruin you, if you failed. With great risk comes great failure, but equally true is – with great risk comes great reward. You can follow your heart and chase your dreams only if you are charged with enough passion. Passion is something that can’t be created. It has to be in your DNA.

William Paul Young was such a man who was born with passion. Till 2005 no one knew him. After losing his home to bankruptcy, he was living in a small room with his wife and six children. He wrote a small book for his children and family members, but that changed his life. Not in his wildest dream he had imagined that the book would become a bestseller.

His novel, The Shack, has sold over 20 million copies worldwide, making it one of the best-selling books of all time. The story is about a father whose mourning of his daughter’s death prompts a visit from God. It has also been turned into a movie that was released in theatres in the US last month. Starring Sam Worthington as Mackenzie, Young’s fictionalised version of himself, and Octavia Spencer as Papa, his representation of God. For Young, it has been a true rags-to-riches tale made more poignant by the hardship he’s faced throughout his life.

Born in Canada, he moved to New Guinea when he was a year old. As his parents did missionary work, Young was cared for during the day by members of the local Dani tribe in an area he refers to as Cannibal Valley who practised ritualistic cannibalism. Young says members of the tribe began sexually abusing him around that time, and when he was sent to boarding school, he faced the same from some of the older boys there. The residual pain from all this led to many of his problems moving forward and also influenced The Shack. He writes: “Sexual abuse became part of the tearing apart of my own fabric of the soul. To me, The Shack is a metaphor for the place we hold our pain.”

He married Kim, and began raising a family, working various jobs over the years and never dealing with his childhood trauma. This was his life until January 4, 1994, the day his wife discovered he was in a three-month affair with one of her best friends but the marriage survived. In 2004, a combination of unlucky investments led to bankruptcy, and the family moved to a small apartment.

To make both ends meet Young was doing two jobs that forced him to spend more than two hours in a train. Young decided to write a book as a present for his children. On his daily train commute, he began writing a novel that he hoped would express his feelings about God. He expected it would be read by his family and maybe a few friends. Destiny had different story and the book entered into the homes of more than 20 million people. He began jotting down thoughts as if he was having conversations with God. There were conversations about pain, loss, suffering and being human. There was a dialogue. He developed the book’s main character, Mackenzie Allen Phillips, as a fictional version of himself. In the book’s early pages, Mack, as he’s known, takes three of his five kids camping, and while rescuing two from almost drowning, his youngest daughter becomes the victim of a serial killer. Young chose this device because in order to fully explore his relationship with God, he believed he needed to begin from the deepest possible place of loss. Four years later, Mack receives a note from “Papa” — Mack and his wife’s name for God — to meet him at “the shack,” the place in the woods where his daughter’s body had been found. When he does, the shabby shack disappears, and is replaced by a lush wonderland inhabited by three people who turn out to be God, Jesus and the Holy Spirit, all in human form. The majority of the book centres on Mack’s conversations with the three, talking about the pain of loss and other travails of being human.

He finished the book in six months and scrambled together enough money to make 15 copies, giving one to his wife and each of his six kids, and the rest to friends. But when the friends shared it with their friends, demand increased.

He sent it to 26 publishers, all uninterested. They could not figure out what genre it was. The faith-based people thought it was too edgy, and the secular people thought it had too much Jesus in it. Two of his friends formed a publishing company just to publish The Shack. They ordered 10,000 copies, and sold them. Between May 2007 and June 2008, with no additional spending on promotion and fuelled primarily by word of mouth, the book sold 1.1 million copies. Publisher Hachette worked out a deal to sell the book around the world, and Barnes & Noble placed it at the front of their stores. It has been printed in 48 languages worldwide and hit No. 1 on The New York Times bestseller list in June 2008, remaining there for 49 straight weeks. He has written two more religious-themed novels since The Shack – Cross Roads and Eve. Young says when you learn to live without expectations, everything becomes a gift.

JK Rowling had the same kind of story to narrate. She went from being unemployed and living on state benefits to becoming a multi-millionaire in five years. Rowling was diagnosed with clinical depression, which she claims gave her inspiration to create the Dementors in the Potter series. She also suffered from insomnia, which she puts down to working too late and reading things on which she has a strong opinion. Train plays the same kind of role in her life. It’s now well-known that on a delayed train from Manchester to London in 1990, Rowling wrote her initial Potter ideas on a napkin. She typed her first book, Harry Potter and the Philosopher’s Stone on a typewriter, often choosing to write in Edinburgh cafés, accompanied by her baby daughter. Twelve publishing houses rejected her original Harry Potter manuscripts, but eventually small publisher Bloomsbury gave her a chance with a small advance. Little did anyone know it would become the best selling book series in history. Her seventh and final Harry Potter book, Harry Potter and the Deathly Hallows broke sales records as the fastest-selling book ever.

Like Young, JK Rowling also came up from the rock bottom. She says “I was set free, because my greatest fear had been realized and I still had a daughter that I adored, and I had an old typewriter and a big idea. And so rock bottom became a solid foundation on which I rebuilt my life.”

But these two cases fail to answer the questions I raised. In fact fate and destiny are considered same, which is incorrect. Both are usually thought of as a predetermined course of events beyond our control. A typical response to a belief in fate and destiny is resignation—if we can’t change it, then why even try? Whatever happens, happens, and we can’t do anything about it. This is called fatalism. It is widely held in Hinduism; and it is a major premise of Islam, which demands total submission to the sovereignty of Allah. Same way Greek mythology told of the Moirai, or the Fates, three goddesses pictured as weavers of men’s lives. Their decisions could not be canceled or annulled, even by other gods.

Forget about fate, destiny is in our control and that’s enough.