Moving towards a brighter world 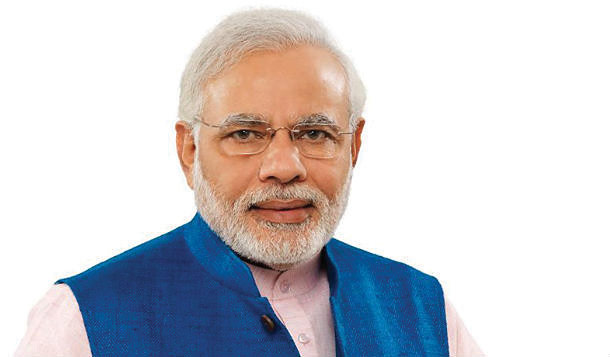 As Narendra Modi government completes three years in office it is the time to undertake the usual evaluation exercise. The best outcome of Modi’s prime ministership is the absence of government corruption. No one, including the opposition and the media, has so far accused the government of corruption. There is visible transparency in handing out contracts in civil and defence projects. His major achievement has been in the areas of foreign policy as the government has been able to keep the momentum in the India-US strategic partnership built up during the Obama presidency. Modi will be meeting Trump in the next two months and it is expected that he will reinforce the India-US relationship. The government is visible in most of the countries helping Indians which includes Pakistan. Modi has deftly balanced India’s interests in the Middle East and his ‘Act East’ policy has brought good results.

The passing of the much awaited Goods and Services Tax (GST) has been a stand-out triumph which will have far reaching effect on the overall economic conditions of common man. This impact will be long term and result in a significant reduction in poverty. Once GST is in place and implemented as planned, trade efficiencies of a one-nation-one-market system will kick in. By the time the Modi government will complete its full tenure in 2019, the incremental impact on GDP growth could be between 1.5 to 2%. This will lift economic growth trend line to around 8.5%.

The central government has taken significant initiatives for financial inclusion, Aadhaar unique identity biometrics, skill development and digitization. This has helped India fast becoming home to start-ups focused on high growth areas such as mobility and e-commerce. This in turn is instrumental in creating jobs, and creating new markets. As per the Economic Survey 2016-17, Gross Domestic Product (GDP) should grow between 6.75 and 7.5% in FY 2017-18. Various research reports are also indicating the same views.

According to a Morgan Stanley report domestic equity savings to increase by US$420bn – US$525bn over the next 10 years. The report projects equity saving of US$420bn over the next 10 years, versus the respective US$60bn and US$120bn that household and foreign portfolio investments (FPI) had invested over the previous 10 years. The three main sources of these flows are mutual funds, pension and provident funds, and insurance companies. The bottom-up forecasts for these three sources suggest equity saving could be even higher, at US$525bn, by F2026.

The report mentions the DREAM run drivers. It forecasts India’s domestic liquidity supercycle which is the transition toward financial assets, and, within that, equities – to be driven by falling age dependency and low risk averseness on the demand side, combined with macro stability and initiatives to educate investors, as well as progressive regulations, on the supply side. According to the report five factors (DREAM) will play an important role in driving an equity savings boom in India: D – Demographics; R – Regulations; E – Education, or investor literacy; A – Appetite for risk and M – Macro (real rates, growth).

The sustained demand for equities could keep India’s relative valuations elevated. Small- and mid-cap stocks could continue to outperform the narrow indices over the medium term. Domestic ETFs could become 30x bigger than today in market cap terms. Return correlations with the global markets could ebb. Volatility could also remain below historical averages. The report suggests that investment focus would be on mid-cap stocks and capital market intermediaries and the Gold demand could lag that of equities as compared with the previous decade.

And all the credit must go to the Modi government, which has successfully created the much needed transparency.