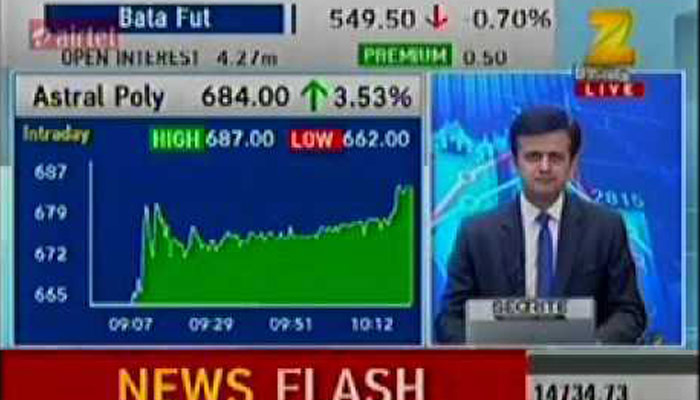 Love the idiots, because there are damn so many

Anchoring is defined by psychologists as a tendency of the human mind to give disproportionate weight to the first information it receives on any given topic. In other words, initial impressions, estimates and data anchor investors’ thoughts and judgements. To put it simply, the mind allows such first impressions to be the basis for all conclusions drawn thereafter. Business newspapers and television channels, besides social media chatting, or so-called intellectual exchange of ideas between people, play a great part in creating those ‘first impressions’ and thus anchor investors’ thought processes and influence their investment decisions. Haven’t we heard that so and so editor and publisher are awarded for “moulding” and “mobilizing” public opinion. Strangely, people debate the truthfulness or otherwise of what is written in Bhagavad Gita and the Bible, but readily repose great faith in what is printed in a newspaper that goes into the trash bin by evening.

Anchors and market commentators speak so enthusiastically and even call “decisive” certain intra-day price action which fizzles out by the end of the day’s trading session. Their use of words and emphasis on certain adjectives at times, make you feel pity on those dazzling lasses when they can’t seem able to distinguish between a dog and a horse, or shockingly, make a mountain out of a mole by raising eye-brows, and at times gasping on trivial things. They scream “gold plunged two dollars…“when all the yellow metal did was shed only 0.2 per cent of the value from the previous close. What would they call when the gold price actually went up or fell down twenty dollars, or two per cent the next day – meteoric, astronomical or meteoronomical?They look so excited from their body language and talk, displaying greatest conviction that’s all aimed, and they’re trained for that, only to make you believe what they say. Television anchors have in-house stylists and even dress up according to the ‘script’ of the day’s show.

Financial television producers often invite optimistic bulls on their shows, obviously to make the viewers feel good about the markets and the economy in general. If too many pessimistic bears get on the programme, the viewers will get depressed and switch off the channel bringing down their TRPs, besides making trouble for the government. They delicately maintain the ratio – say five to one – of optimists and pessimist weasels, so that all the viewpoints are offered to viewers. All get a chance to play their part and the stalk market circus goes on. For all their good intents and noble purposes, half-a-dozen business TV producers, aided by research inputs from friendly brokers decide the temper of the masses. Traders every morning pray that these gentlemen and ladies do not wake up all in a bad mood on the same day.

Financial media is quick to write headlines “stocks rise on two-inch rains in Mumbai” fooling readers into believing that correlation implies causation. That is as far from the truth as is the North Pole from the South since, according to federal agencies, the stock market is said to be the leading, not a lagging, indicator. They presume that a certain logic governs the stock market casino and some rationality operates it minute-by-minute, thanks to the Efficient Market Hypothesis.They live in the belief that stocks go up and fall down continuously, responding to certain macro-economic data and company specific developments of the moment. And it is their job to find that out exactly.

But in reality, the stocks may just go up, when they ought to, even if that makes no sense in view of some especially bad news and sometimes fall, when they must, even when they possess every imaginable reason to go up, considering the latest headlines. Every day experience reminds that stocks do not follow Newton’s Law of Motion, and, much to the chagrin of media managers, they do not trail newspaper headlines. They simply behave just the way they ought to.

Often you find that major media houses are directly or indirectly owned, controlled and managed by those who have substantial stakes and very active interest in the stock markets. And you thought you could milk the system at the cost of casino owners. Beware of this bamboozle.