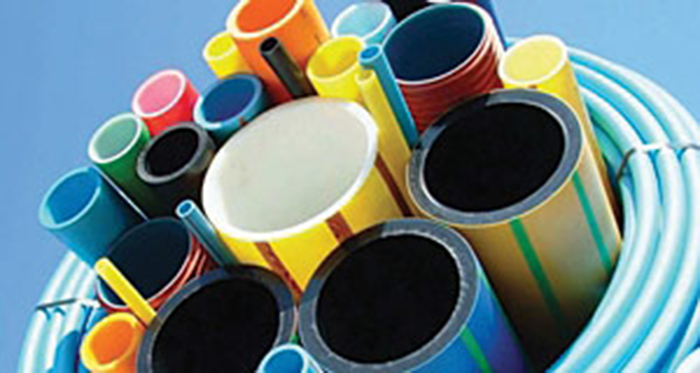 Kriti Industries (India) Limited is engaged in the production of plastic pipes, ducts and mouldings after demerger of its solvent extraction division into a separate entity named Kriti Nutrients Ltd and of its auto component manufacturing division into a 100% subsidiary named Kriti Auto and Engineering Plastic Pvt. Ltd. (KAEPPL) in January 2010. KIL’s facilities are located at Pithampur, Madhya Pradesh with a total installed capacity of 79,378 metric tonne per annum (MTPA) for pipe manufacturing and 2,076 MTPA for pipe fittings/mouldings.

Promoted by Shiv Singh Mehta in 1990, Here goes the story of Kriti Industries – Last month while researching Kisan Mouldings with a large PVC player, Kriti propped up as that PVC giant liked Kriti so much that they resorted to an acquisition offer to the promoters at over 100 bucks where in Kriti at that point of time was quoted at just ` 35 in the bourses. The promoters declined the offer as they have a vision to take it to the top cream league. That was it for us. Our team started glancing through the company and voila it looks to be an absolute bargain with all the multi bagger ingredients.

Last couples of quarters were aberration in context to demonetization. In quarter 2 and quarter 3 the company undertook modernization and relaying of plant which affected its operations. From November, it commenced operation of manufacturing CPVC pipes and fitting and water tanks which should result in higher margins going forward.

It is not going to help if we delve much into the past as last 10 years number would include numbers of Kriti nutrients which got demerged few years ago. Also least interested to speak about this coming quarter’s number or next year’s result. The company would probably on a conservative estimate deliver sales of about ` 700 crore by FY20 with EBITDA margins of 10%. Keeping interest cost, depreciation and tax aside from ` 70 crore EBITDA, we get a profit after tax of over ` 37 crore. Company in 2017 delivered a top line and a bottom line of ` 380 crore and ` 8 crore respectively. Putting a 15 PE, the target value comes at ` 555 crore or a price of ` 110. That’s over a 2x from our recommended levels. It’s again pretty too tough to lose from this company.

PE metric isn’t a sane stuff here to value a company. Most companies are valued at sales to market cap and they tend to quote at 2-3x at least. Astral, Finolex, Supreme though much bigger but all quote at over 2x sales. Even if Kriti gets one time sales in next 3 years, the value comes at ` 700 crore or ` 140 per share. Thus, Kriti is probably the most efficient and cheapest bet in the entire PVC arena.

Company with strong, widespread distribution network and established operation is a leader in states like Madhya Pradesh, Chhattisgarh, and Rajasthan with over 50% market shares.

In spite of having a loss making subsidiary where it invested ` 10 crore earlier, Kriti still makes a return on capital of over 30%. Return ratios would further better up once the capacity utilization increases and the subsidiaries attain scale to put up better numbers.

The Company is venturing into newer territories with more value added products. Company’ brand “Kasta” has got a very high brand recall among dealers and distributors.

The market is now bullish on the domestic consumption stories and also on the migration from unorganized to organized industry. Kriti with clean, conservative and visionary promoters is a perfect fit to both the themes.

The company has probably one of the best cash conversion cycle in the industry. The classical show of getting stringent with your receivables and meaner on the creditors front – the business on float or doing business on your suppliers’ money.

Susceptibility of profitability to volatile raw material prices, which is closely linked to international crude oil prices, seasonality associated with demand of Kriti’s products, oligopolistic supply market of its raw material and intense competition in the plastic pipe industry are concerns of the industry on a whole and also of Kriti particularly. The ability of the company to further improve its scale of operations and profitability with the realization of envisaged benefits of recent expansion and modernization capex will pave the way for the company going forward.

The company ended its FY17 with sales of ` 387 crore and a bottom line of ` 8 crore. No use to pen a breakup for the full year and the quarter as last fiscal had the demonetization effect which made living tough for nearly 6 months. On an overall capital employed of ` 92 crore they did an EBIT of ` 24 crore which is stunning. A ROCE of 27% for such a small cap only suggest how amazing capital allocators they are. Also the auto division turnaround with sales of ` 22 crore and a tiny PBT of five lakh. With scalability, ROCE would further spike up. The company added ` 18 crore in net block vs an incremental addition of ` 3crore in debt. As mentioned earlier they seem to have mastered the art of doing business through float or on their suppliers’ money. With GST coming and the tailwinds of the housing boom, Kriti at 6 times EV to market cap is the cheapest domestic consumption story by a big margin. Not to forget its leadership status in the states it operates in.

Our team had a word with the management after its results. Demonetization had impacted them for the last two quarters but now the situation has improved. Demand doesn’t seem to be a problem now. They are running at 100% capacity in April and in May till date. They would also look to grow considering FY16 as a base and not FY17. They did a top line of ` 480 crore in FY16. The company is doing further capex in HDPE and other related segment used in building material. Kriti is also thinking of putting another line in the Pune factory for telecom pipes which are majorly used for the 3G-4G wires. They are already getting lots of enquiries for the same. The company is lacking the capacity to supply, though a little bit of competition is there which could affect margins. RM prices are stable to date.

The management of Kriti has a unique, innovative and progressive way of conducting efficient operations and has a solid vision for the next 10 years. The company should deliver over a 25% consolidated growth this fiscal which should see it crossing ` 500 crore comfortably. PAT is expected to rise disproportionately as contributions from value added products and high margins segment starts. As such this could be played for 1 Year, 3 years, 5 years or even 10 years.