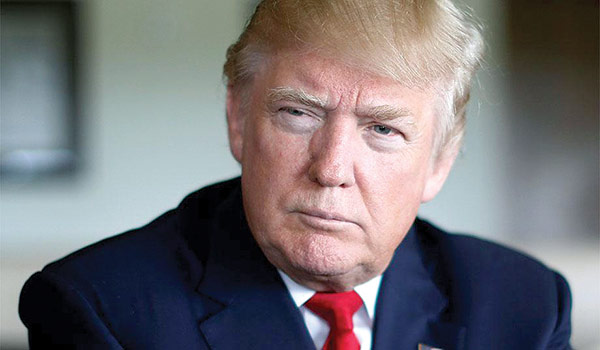 President Donald Trump built his campaign around the premise that his chief qualification for the presidency was his success as a businessman. He promised to make America great again by bringing business discipline and dynamism to government. But it seems he has taken the premise too seriously.

Although, some observers have pointed out that the climate change pact, which was signed by 195 countries two years ago, does not allow the US to exit before 2020. But keeping his election promise, Trump announced to pull out of the Paris Agreement saying that it imposed no meaningful obligations on the world’s leading polluters’ India and China. He said, “India will be allowed to double its coal production by 2020. Think of it: India can double their coal production. We are supposed to get rid of ours.” Trump said the US would renegotiate.

Immediately after Trump announced his decision, there were several spokespersons on the TV channels and speaking to the media. “The President has said routinely he’s going to put the interest of American citizens at the head of this administration, that’s in trade policy, that’s in national security, that’s in border security, that’s in right-sizing Washington, DC, and he did that with respect to his decision on Paris,” one Trump official said.

Scott Pruitt, administrator of the Environmental Protection Agency (EPA) in a detailed statement indicated that Trump is going to either re-enter Paris or engage in a discussion around a new deal with a commitment to putting America first. His explanation: “As you know, China did not have to take any steps of compliance until 2030. India had no obligations until $2.5 trillion of aid was provided. And Russia, when they set their targets, they set 1990 as their baseline, which allowed them to continue emitting more CO2. It (Paris accord) did not hold nations like China and India accountable. In this country, we had to have a 26 to 28% reduction in greenhouse gases.”

Pruitt added that Trump made a very courageous decision by pulling out of the Paris Agreement. “He put America’s interests first with respect to environmental agreements and international discussions; the discussion over the last several weeks has been one of a thoughtful deliberation. He heard many voices, voices across a wide spectrum of vantage points. The president made a very informed, and I think thoughtful and important decision for the country’s benefit. What we have to remember when it comes to environmental agreements and international agreements with respect to things like the Paris Agreement is we have nothing to be apologetic about as a country. We had reduced our CO2 footprint to levels of the early 1990s. Pulling out of Paris does not mean disengagement. In fact, the president said that Paris represents a bad deal for this country. It doesn’t mean that we’re not going to continue the discussion. To export our innovation, to export our technology to the rest of the world, to demonstrate how we do it better here is I think a very important message to send. Paris, at its core, was a bunch of words committed to very, very minimal environmental benefits and — cost the country a substantial amount of money and put us at an economic disadvantage.”

In fact, what President Trump should say is that the United States never properly joined the accord: It is a treaty that requires the advice and consent of the Senate. Instead, President Barack Obama choose to “adopt” it with an executive order. While announcing the US withdrawal from the Paris deal, Trump claimed that India had made its participation in the agreement “contingent on receiving billions and billions and billions of dollars in foreign aid”. But Donald Trump is ill-informed on India’s obligation under the Paris Agreement and the exemplary progress made by India in reducing the use of carbon fuels.

Rejecting US President Donald Trump’s claim that India signed the Paris climate agreement to get “billions and billions and billions of dollars in foreign aid”, External Affairs Minister Sushma Swaraj said New Delhi signed the pact “not because of greed… not because of fear” but because of its “commitment to protecting the environment”. She said that what US President Trump has said is not the reality… India signed the Paris climate pact not because of pressure from any country or due to lure of money. Our signature in the pact was not because of greed, it was not because of fear. We signed it due to our commitment to protecting the environment… India will continue to be part of it irrespective of whether the US remains in it or not. This commitment is 5,000 years old. We worship rivers, trees and mountains. This is India’s ethos, it is our cultural heritage. If someone says we signed the pact due to lure of money and pressure from someone, it is wrong. I reject both these allegations,” she said.

And who will disagree?