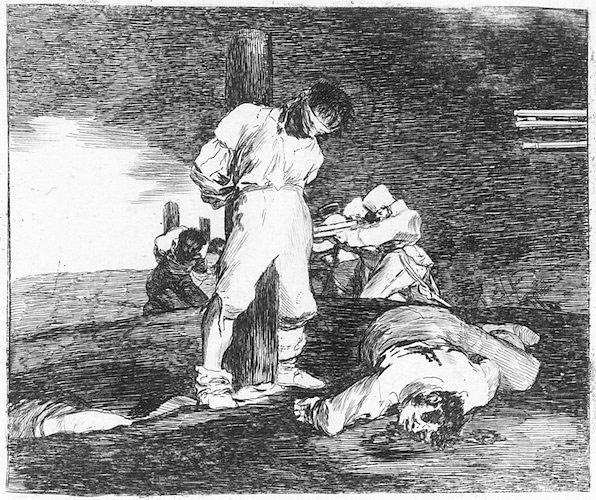 At law school I began the practice of copying into notebooks passages from my reading. Fifty-five years later, I continue to do the same. The notebooks serve as a commonplace book. A commonplace book is a collection of passages reflecting the interests of the reader. I enjoy the physical act of copying the passages, immersing myself in the sight and sound of each word, hoping my writing will improve as a result. Re-reading the entries is a delight. The notebooks now number 52, providing me with access to a lifetime of reading. Some entries deal with governance and leadership:

Jefferson: “The great principles of right and wrong are legible to every reader; to pursue them requires not the aid of many counselors.”
Washington: “It is not the part of a good citizen to despair of the republic.”
Lincoln: “[T]o elevate the condition of men — to lift artificial weights from all shoulders; to clear the paths of laudable pursuit for all; to afford all an unfettered start and a fair chance in the race of life.”
Henry IV — my favorite king of France — to his countrymen during the Wars of Religion: “I am a shepherd king, who will not shed the blood of his sheep, but seek to bring them together with kindness.”

War is another subject: If we took any period of a hundred years in the last five thousand, it has been calculated, we could expect, on average, ninety-four of these years to be occupied with large-scale conflicts in one or more parts of the world. This enduring, seemingly ineradicable fact of war is, in the Iliad’s wise and sweeping panoramas, as intrinsic and tragic a component of the human condition as our very mortality. (Caroline Alexander, “The War That Killed Achilles”)
In England there were wars prettily called the “Wars of the Roses”: They were without decency or grace.

The opposing leaders were as alike as weeds. Men fought for no cause that is intelligible to us now. (The American poet, Robert Lowell)
“The Disasters of War” is a series of 82 etchings created by Goya following the invasion and occupation
of Spain by Napoleon’s army. The etchings are grim — “all those legs and arms and heads, chopped off,” to borrow words from Shakespeare. Goya selected a title for each etching. Both etchings and their titles convey the horrors of war:

Is this what you were born for?
There is no one to help them
But they are of another breed
Bury them and be silent
— One can’t look
— Why?

Ryszard Kapuscinsk, Polish journalist and author: The life of the average human being on our planet is very difficult and very harsh. For me, this is the most important thing we are facing….
An Iraqi Kurd wrote these words on the walls at Sangatte, a refugee center in France: My dear mother, forgive me for having abandoned you. I have taken all my desires with me and have left you all my sufferings.
In “The Plague,” Albert Camus writes of “the eternal cry of human pain.” The plague is, his metaphor for never-ending wars, terror, exile, disease and other forms of human suffering. The struggle against them is waged by those who bravely refuse “to bow down to pestilence” and “strive [their] utmost to be healers,” knowing full well that no final victory is possible.

I have selected passages from the “Essays” of Montaigne that inform my daily life. Montaigne would approve, for he believed that we should learn from what we read and make it our own, lest we be no better than “asses loaded with books.” A favorite passage of mine from Montaigne: If I had been placed in a position to manage great affairs, I would have shown what I could do. Have you been able to think out and manage your own life? You have done the greatest task of all….To compose our character is our duty, not to compose books, and to win, not battles and provinces, but order and tranquility in our conduct. Our great and glorious masterpiece is to live appropriately. All other things, ruling, hoarding, building are only little appendages and props at most.
Tolstoy in a letter to George Bernard Shaw on the difficult business of living life: Indeed, my dear Shaw, life is a great and serious business, and each of us must contrive, in the brief time we have been
allotted, to discover what our job is and do that job as earnestly as we can.

Chekhov to his brother, Misha: Why do you refer to yourself as an “insignificant and inconspicuous
little brother?” So you consider yourself insignificant? ….Do you know before whom you ought to be conscious of your insignificance? Before God, perhaps, the human intellect, beauty, and nature, and not before men. Before men you must be aware of your own worth.
From Oscar Wilde’s play, “An Ideal Husband”:

Lord Goring [after a long pause]: Nobody is incapable of doing a foolish thing. Nobody is incapable of doing a wrong thing….All I do know is that life cannot be understood without much charity, cannot be lived without much charity.
A number of entries are selected for the pleasure they give me.
The youthful enthusiasm of two painters: January 1,1500. Venice. Titian calling to Giorgione from the street: “Zorzo! Get up, Zorzo! Our century has begun!”
The philosopher Martin Buber: Men are “the brown bread on whose crust I break my teeth, a bread of
which I can never have enough….Aye, those tousle-headed and good-for-nothings, how I love them.”
From “The Misanthrope” by Moliere. (Translation by Richard Wilbur):
These faults of which you do complain,
Are part of human nature, I maintain,
And it’s no more a matter for disgust
That men are knavish, selfish and unjust,
Than that the vulture dines on the dead,
And wolves are furious, and apes ill-bred.

The fortunate reader, on occasion, comes upon a book that “flings wide the gates of a new world.”
The words are those of the French entomologist, Jean-Henri Fabre, his reaction to an essay he had just read on the habits of a wasp and my same reaction when I came upon his writings.
Fabre addresses the subjects of his studies: “O my busy insects enable me to add yet a few seemly pages to your history.” Each insect is lovingly portrayed. The scarab beetle: “He is smaller than a cherry-stone, but of an unutterable blue. The angels in paradise must wear dresses of that color.” He describes himself as a self-appointed inspector of spider webs. (Thoreau described himself as a “self-appointed inspector of snow-storms.”)
Staying with insects, centuries earlier in Rome, Horace enjoyed his walks along the Tiber: “I am like the bee that busy works in the sweet wild thyme around the groves and banks of wide-watered Tiber. Even so small and toiling hard like her I build my songs.”
Teaching thirteen year olds in Rajasthan, I share with them the story of John Keats, who, at age 21, is introduced by a friend to Homer through the English translation of the “Odyssey” by the Elizabethan poet and playwright, George Chapman. Returning late at night to his lodging, Keats writes of the experience:
Then felt I like some watcher of the skies,
When a new planet swims into his ken;
Or like stout Cortez when with eagle eyes
He stared at the Pacific–and all his men

Looked at each other with a wild surmise

—Silent upon a peak in Darien.
(“On First Looking into Chapman’s Homer”)

When I first read the poem as a student, I felt myself a co-celebrant with Keats, experiencing my own discovery of the world of literature. “May you,” I say to my students, “come to share with Keats that same experience.”