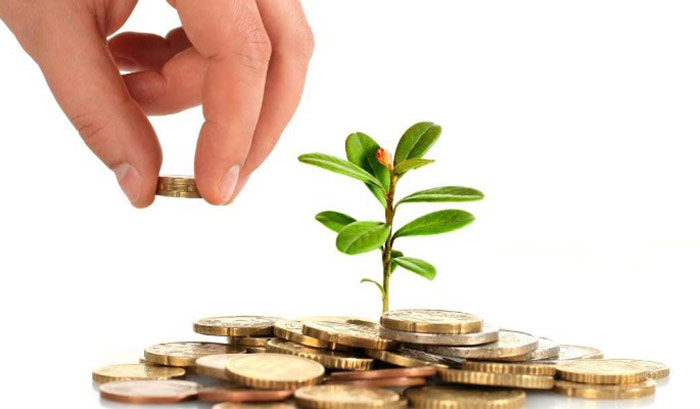 Investrivium: Here we showcase a historical fact from the stock markets that not only motivates the investor, but it’s a complete stream of education to speak the least. The following phrase is a lesson in itself:

Moral: Buy Right, Sit Tight! This saying is as common as air. Do you recall watching that Kaun Banega Crorepati promotional video a couple of years ago where a girl from the North-East is quizzed about the Kohima City and she replies “Jaante Sabhi Hain, Par Maante Kitne Hain?” Such is the condition of this short and widely popular saying in the stock markets. The investment turned whooping 400x in less than 20 years; the micro-cap bank with conservative business model, strong fundamentals returned over 20x between 2002 and 2012. The residual of that initial investment of Rs 50 lakh after booking substantial profit a couple of times now fetches an annual dividend income, yes, and an annual income of above Rs 6 crore.

The incredible story of Southwest Airlines

Imagine an industry where the majority of the players went kaput, this company has a track record of generating record profits for 44 years in a row. It’s truly an awesome company which does everything possible to better up itself each passing day, months and years. They bought back shares, went into a profit sharing agreement with employees, paid a hefty dividend and earned a return on invested capital of an astonishing 30%. With a happy employee comes a happy customer and with a happy customer, you get more repeat business and references. Satisfied set of customers often leads to prosperous set of shareholders. A snippet from one of the old interviews shows why this company is in a way different league:-

The bottom line, only 5 customers per flight accounted for our total 1994 profit. In other words, just five customers per flight – only 3 million of the 40 million customers, we carried – meant the difference between profit and loss for our airline in 1994. To take it a step further, to have lost the business of only one of those customers would have meant a 20% reduction in profit on that flight. That’s how valuable each customer is in the Southwest and you.”

P.S: No wonder the stock has been a huge multibagger since its IPO days of 1972. The airline has compounded at an amazing 26% over the last 40+ years. An investment of $1000 then would translate into a bounty of over a couple of million USD, this is without even considering the dividends and its reinvestment.

Equity ownership is a lucrative soothing, relaxing experience meant to liberate one early. Once you get hold of such companies, you just don’t exit them and everything gets taken care of.

Are you still committing these mistakes?

In a bull market, you will come across several inventive variants of a sob story. Something just like “One of my relatives made tons of money in the stock market. He had a friend who worked for a big operator. Every time he bought a stock, it doubled within a month. I was tempted to go along, and the next time he bought a stock, I bought it too. That stock doubled. Then I sold some gold, took an advance against my provident fund and put it all into the next stock he recommended. This time, the stock went down. I waited for a year, hoping the price would recover. Finally, after I had lost 75 per cent of my capital, I sold. Oh, and my idiot relative too lost a packet!” It’s easy to lose big money in a bull market. Prices are inflated, the financials of “hot picks” are often dubious, and everybody has sure fire khabar. Above all, many bull market participants tend to be inexperienced and sometimes arrogant and they tend to get drunk on success. When prices fall, most of them lack the discipline to admit they’ve made mistakes and exit with dignity.

Investors should lower their expectations and should not expect bumper returns like of 2014-2016. Moreover, there could be some profit booking at every rise. Partly, investors are also to be blamed for picking stocks at any price (upon hearsay) without looking at the fundamentals of the company or at the valuations. During this bull market, investors should try to avoid following mistakes:

An investor should always try to better his decision making skills. I suggest a very simple technique which can be helpful; whenever you take a decision (buy or sell), take your pen and paper and write down at least 6-7 points as to why you are taking that decision. Trust me; it will be extremely hard to do! When you start writing down things you will realize that you have not thought much about it in depth. When you write things down, you cannot escape or justify yourself later and are forced to face yourself. This will surely improve decision making. Equity is a long term instrument and if there is nothing wrong with the Indian companies you want to invest in, or the Indian economy and the country as a whole, and if the market is going down due to technical factors, investors should not panic, and wait. If, some FIIs are selling today, tomorrow, other FII will come to buy. There is no problem for long term investors. We should change our views only if the fundamentals change. Finally, if, Indian economy is doing well and if Indian equities are attractive, I feel that it is not due to Rahu-Ketu (politicians-bureaucrats) but in spite of them. Things are happening due to perseverance, intelligence, tolerance, hard work and ambition of Indian citizens who deserve the real credit for nation building.