Love Teaches Even Asses To Dance 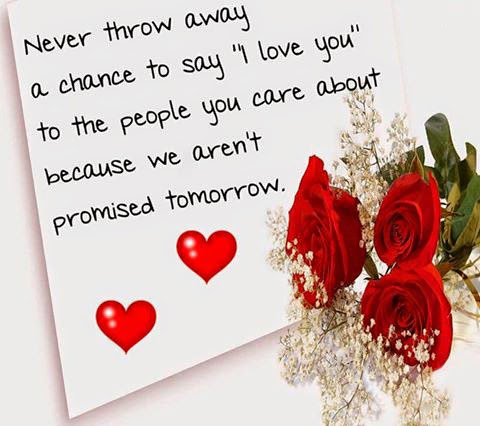 “Never in love?
Never been loved!
Oh, it is certain,
You’re brought up
Only on pig’s milk.”

While it is true that love has no language to be heard, it is also true that lovers never tire of each other speaking of themselves. It is all because, as an Arab proverb goes, “There are three things that can never be hidden – love, a mountain, and one riding on a camel.”

In spite of all that is said on letter writing as a ‘lost art’, the youngsters of today still use pen and paper and courier service to reach the effusions of their hearts to their beloveds. E-mails, cell chats, SMS, etc. no doubt save time. But who can resist the temptation of reading the hand of a beloved? And who does not love receiving and replying to such letters? Anyone in love will never be idle.

Love letters often reflect the personality of the writers. It is not only great fun for them, but also one of the best forms of relaxation. Letters from statesmen have become part of history and others have passed into literature.

Among the statesmen, Napoleon Bonaparte wrote the most famous love letters. About his love, Napoleon declared: “I have never loved anyone for love’s sake, except, perhaps, Josephine – a little”. The most memorable among his love letters was the one he had written two days after his marriage to Josephine when he had been ordered to take charge of the Army at Italy. Poor Napoleon couldn’t say ‘no’ to his commander for that was his first important assignment. But in the war front, he could think only of Josephine.

“I began to think a few days ago that I loved you; and now I am indeed in love with you; I feel that I love you a thousand times more,” begins his letter dated July 17, 1796 and goes on to say, “Ever since I first knew you, I have worshipped you more and more, which proves how false is La Bruyere’s saying that comes all at once. Ah! I implore you reveal to me some of your failings;  be less beautiful, less gracious, less tender and especially less kind; above all, never be jealous and never weep, your tears steal my reason and set my blood on fire. Believe me utterly, when I say it is no longer in my power to cherish a thought, which is not your slave… Make haste to rejoin me so that at least before we die we can say: We were happy so many days! Millions of Kisses, even to Fortune (Josephine’s favourite dog) in spite of her malice”.

Robert Browning and his wife Elizabeth Barrett are among the most celebrated of literary lovers. They became more famous than before after the publication of the love letters they exchanged. Mrs. Browning, usually considered as the best English woman poet, in her best work, Sonnets from the Portuguese (1850) recorded her love for her husband. The sonnets are all marked by the genuine passion of inspiration. In one of them, she avows:

“I love thee to the depth and breadth and height
My soul can reach, when feeling out of sight
For the ends of being and ideal Grace.
I love thee to the level of every day’s
Most quiet need, by sun and candlelight.”

But what really crowns the kingdom of love letters is the tome called My Other Self which gleefully contains 607 letters exchanged between two luminaries. These two talented and lonely people, having been deprived of an ordinary childhood, found each other and mothered each other – preferably by post as they ran into difficulties when they were actually together.

The lady was Olive Schreiner of The Story of an African Farm fame. And the gentleman was the English psychologist and writer, pioneer of the scientific study, Havelock Ellis.

They perhaps spent their days and night in writing letters to each other that they were estimated to be many thousands. Schreiner destroyed a huge number herself late in her life, and insisted that Ellis do the same. In some of those that do survive, pages are torn or missing at what often seems to be a crucial point.

They met after some weeks of correspondence. And they must have felt that a soul mate had been found, truly an “Other self”.

“I never even dreamed that I could ever meet anyone like you… it is a marvel to me that two people who had never known each other, of different nationalities, living in different continents, could ever have had so much in common, in big things and little things,” so wrote Ellis. And Schreiner responded: “… the dream, the faith that I should find someone just like myself was with me all through my childhood.”

Schreiner sewed Ellis’s letters into little booklets. “My other self, the little word I write to you and the word you write to me every day just makes life liveable”. It was, as she said, “no figure of speech when I say you are my other self”. She was “not clear as to where you begin and I end.” Ellis wrote: “I sometimes feel as if you were living inside me and the Olive at St. Leonards were only an unsubstantial shadow… I’d like to be a part of your body that was always closest to you. I wish I was a little tiny thing that you could craft into you somewhere…”

They were comrades, brother and sister, mother and child, two halves of one soul, both female, both male.

When the letters began Schreiner was twenty-nine and Ellis only twenty-four. And they went on writing, almost a letter a day until Schreiner’s death in 1920. The love affair of these two giants that had been so deeply felt remained a lifelong friendship.