Good to see Jignesh Shah back in action 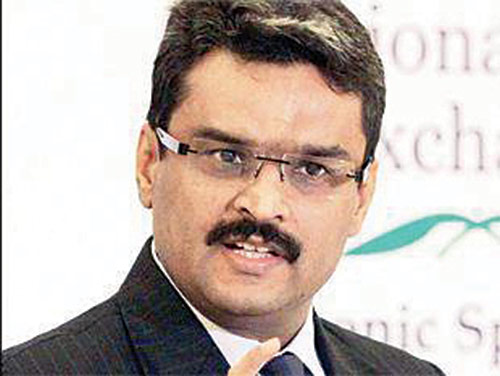 It was nice to see Jignesh Shah back in action, in Taj Mahal Palace Hotel, a very familiar surroundings for him and the old-timers who have been missing him. It was certainly unlike him when he refused to clear his position when the agencies filed 98 cases and arrested him thrice. He cleared the air saying, “now I’m forced to reach out to the fourth pillar as they are now targeting my family and people whom I have mentored.”

He spoke against the insider-trading charges slapped by SEBI against 13 members of his family and certain others. Shah, the promoter of Financial Technologies (now 63 moons technologies), said the unpublished price sensitive information was all there in the public domain. Shah will fight his case as he has been but he has made a very disturbing claim, which if found to be true, speaks volumes. Shah clearly blamed former Union Finance Minister P Chidambaram for his fall from grace and recent SEBI order. He claimed there are a group of people in each government department who still owe allegiance to the erstwhile UPA-II government.

In a scathing attack Venkat Chary, Chairman, 63 moons technologies, (ex-bureaucrat and former Chairman of the FMC) said this is the first time in the history a regulator has passed an ex-parte order to impound Rs 125 crore of ‘loss averted’ by a “set of people and that too by a (SEBI) Member who is retiring next month….It is absurd that an employee not even remotely connected to the management is being charged with insider-trading. Despite passing an interim order, SEBI has frozen all bank accounts of the 13 people to recover the ‘averted loss’. By arbitrarily freezing somebody’s bank account, SEBI has challenged Article 19 of the Constitution, which protects citizen’s right to live.”

NSEL has already requested the SEBI to resolve the Rs. 5,600-crore payment crisis in the larger interest of investors. Besides, NSEL alleged that “Our parent company is called not fit and proper. Yet, its impeccable credentials were reaffirmed when the group’s exchange assets were bought by the world’s most fit and proper.” And it is true.

Multiple agencies, including SEBI, ED, and the RBI are probing the irregularities still when Shah says that the whole situation could have been averted in 2013 if FMC had tried solving the problem, many share his opinion. He repeated that FMC’s intention was in fact to eliminate the company and that the UPA 2 government was against his success and was trying to help other exchanges. “FMC was working very closely with P Chidambaram. There should be an investigation on the role of FMC and P Chidambaram,” Shah also dared Chidabaram, former FMC chairman Ramesh Abhishek and former additional secretary in DEA, K P Krishnan, to have a public debate with him on the issue.

The man certainly has the courage and conviction and truth with him.

P Chidambaram is under attack on another level too. In a letter to Prime Minister Narendra Modi, BJP leader Subramanian Swamy has accused the Central Board of Direct Taxes (CBDT) that instead of directly registering cases, top officers were trying to save their former boss P Chidambaram and son by merely writing letters to 14 countries about their illegally massed properties. “This writing of letters is a clever move to delay the case for many years,” pointed out Swamy. More than a year ago raids conducted by Income Tax and ED had unearthed illegal properties of Chidambaram and family members in 14 countries and 21 undeclared foreign bank accounts.

It is really unfortunate for Indian democracy if what Swamy says is correct because in the same letter he writes: “Income Tax, Chennai Unit and ED had found a six page WILL executed by Benami  Directors of Karti, bequeathing their entire properties to Karti, wife and daughter in consideration of their respect towards former Finance Minister P Chidambaram! This WIIL shows that Karti will be the executor. This clearly shows that making out such a WILL was a clandestine way for these Directors to function as benamis.” In India no one gives a penny out of respect, forget about entire properties.

The government of the day must not ignore these claims. Jignesh Shah might have fallen from grace, but no one can deny that this man has created an institution, a market platform which India badly needed, in the process created so many jobs. At the age of StartUpIndia, StandUpIndia if Shah is denied justice, it would be a dark moment in India’s corporate history.