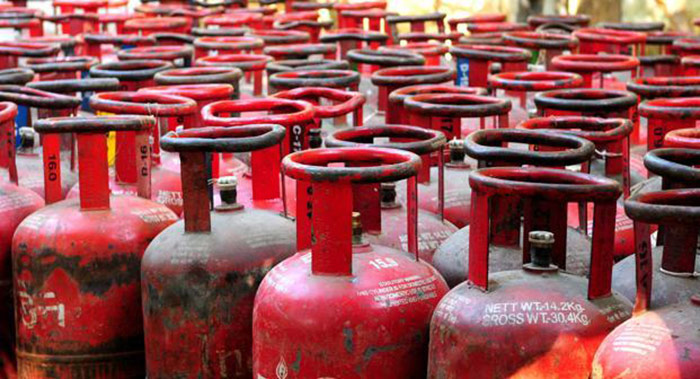 Eastern Gases Ltd. (BSE 590080) is engaged in manufacturing of gas and distributing of gaseous fuels. The company is primarily in the business of bottling, trading of LPG and retailing of auto LPG. It also manufactures propane, ammonia and butane, and supplies fuel to various companies in industrial houses. According to sources, one behemoth MNC is expected to acquire a majority stake in Eastern Gases Ltd. Strong accumulation of the past few week’s hints at informed activity.

Kingfa Science & Technology (India) Ltd. (BSE 524019) is a leading manufacturer and supplier of high quality Reinforced Polypropylene Compounds, Thermoplastics Elastomers and Fiber Reinforced composites. The company is expected to more than triple its profits in the present financial year. The company, which was formerly known as Hydro S & S Industries Limited (HSSIL) was established in 1987 in technical collaboration with the Performance Plastic Division of Norsk Hydro Polymers, UK. In 2013, Kingfa Sci & Tech Co., Ltd, Guangzhou, China picked up the promoters stakes. Hydro becomes subsidiary of Kingfa, China. The company has been a huge multi-bagger over the last 5 years. The Chinese parent company from 1992 to 2013 had a 65% CAGR in China. The Indian baby also seems to be on its way to deliver similar numbers.

Edelweiss Financial Services Ltd. (BSE 532922) and few other suitors are well on course to acquire Manappuram Finance. The second generation of Nandakumar is not interested in running the business. Edelweiss has been in continuous talks with the company for quite some time now, but owing to valuation mismatch the deal is yet to see the light of the day. An announcement in this regard is expected any day now as per the buzz in the bourses.

Steel Cast Ltd. (BSE 513517) is India’s leading steel castings manufacturing company in the Earthmoving equipment sector. It is expected to remain in action in the near future as the results are expected to be superb this fiscal. The company, which fell in trouble because of heavy capex earlier finally seems to find its strong footing. From a clientele of just five a couple of years ago, it now boasts of nearly 30 clients. Pick up in economic activity will certainly help the company to attain the operating leverage play. Steel Cast peak margins can go as high as 22% EBITDA.

When terror struck Hotel Trident in Mumbai on the night of November 26, Kirloskar Electric Company Ltd. (BSE 533193) Executive Chairman Vijay R Kirloskar, was at the Oberoi. He was caught in his room with two of his friends. He and his friends were told to be locked inside the room, but his Asthma aka terrifying suffocation forced him to move out of the hotel room and flee through the emergency exit. Mr Kirloskar is 75 and if sources are to be believed, his daughters have not shown any interest in carrying forward the legacy. They have inducted a professional CEO which could be the first sign of things to come. The market is abuzz with a takeover offer at many times more than the present market price. KECL also has land assets of more than ` 800 crore and as on date quotes at a market cap of 331 crore.

ONGC to raise its first ever debt

To bring down its around ` 49,000 crore gross debt, Tata Power is planning to sell its non core assets. The gross debt to equity ratio currently stands at 3.3:1. The company has planned a capital expenditure of ` 3,000 crore in the financial year 2018-19 and is also working towards simplification of its structure. The Tata Power group has an operating capacity of 10,463 MW, 98% of which is tied up to long term PPAs.

Unexpected move may come at the NTPC counter as ranked the world’s third largest power company by coal-based power generation capacity, the company saw its generation surge by 12.55% in August 2017, over the same period last year. The total generation for the month was 22.347 billion units as against 19.855 billion units. NTPC also had a record solar power generation in the same period. The company’s solar stations generated 455 Million Units from 870 MW capacity. This is 3 times higher than last year. The company recently hit record 50GW capacity with the commissioning of a 500 MW unit at Unchahar in Uttar Pradesh, taking its total installed capacity to 50,498 MW. Its first wind power project of 50 MW is coming up in Gujarat.