Reading only between the lines 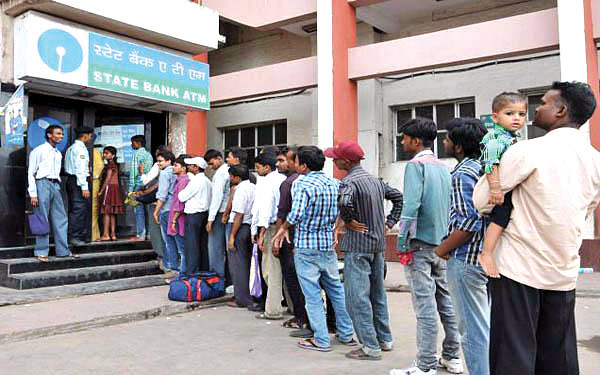 Immediately after the Reserve Bank of India released its annual report many people have slammed the RBI governor and Prime Minister Narendra Modi. The released data have led to a fierce attack from critics over the purpose of demonetization. RBI data states that out of Rs 15.44 lakh crore worth of currency notes, that were taken out of circulation, Rs 15.28 lakh crore have returned to the system and around Rs 16,000 crore is yet to be deposited back. About 8.9 crore units of the demonetised Rs 1,000 notes worth Rs 8,900 crore, had not come back into the system. There were 632.6 crore pieces of Rs 1,000 currency notes in circulation on the day of demonetisation. This reveals that just 1.4 per cent of Rs 1000 notes did not return after demonetisation. The data also indicate that the total cost incurred on printing notes stood at Rs 7,965 crore for the current year as against Rs 3,420 crore during 2015-16.

Thus, almost all of the money now being accounted for, there are doubts if the government’s action was effective. The basic problem with critics is that they have never seen a government taking such a bold decision in the history of independent India. So far not a single government had taken any serious step to curb the menace of black money. Such decisions are destined to be criticized.

Demonetisation was certainly done to crack down on black money, but its implications are wider affecting each and every individual and institution. Its long-term impact on the economy should be debated, not just concentrating on one aspect that it has significantly affected India’s GDP growth. The Finance Minister was quick to correct, suggesting that just because the money is back with the RBI does not mean that black money hoarders have not been held accountable. The critics forget that because of this move thousands of black money hoarders are exposed. In the long run, there will be a more formalization of the economy. The issue is unnecessarily being confused as just one currency note being replaced with another currency note.

Those critics are also incorrect in their opinion when they say that the goalpost was changed midway.
Although most of the benefits that the country was supposed to get was not explicitly mentioned as a major policy objective when demonetisation was announced. It was such a secret decision that the government could not have announced every motive.

One of the major benefits is that the anonymity about ownership of cash operating in the system has ended. The government now has details of all those who had deposited cash during the period. Through its Operation Clean Money project, the income-tax department has tracked 13.33 lakh accounts with cash deposits of around Rs 2.89 lakh crore.

The quantum of cash operating in the system has significantly come down. As digitisation increases and the amount of cash circulating in the system declines, the cost of printing currency will come down too.
By default a shift from a cash-based economy towards more digital or electronic forms of transaction was seen. In the first flush after the withdrawal of high-value notes, there was a spurt in electronic transactions through prepaid wallets, debit and credit cards.

Successive governments had been advocating about raising the tax base without taking any concrete step. This move has started yielding results as personal income-tax returns have increased by over 25 %. The number of individuals who e-filed forms was up 81.5% over the previous year.
The savings in the form of investment in equity mutual funds, insurance premiums and other products have risen, with assets under management of mutual funds up 54% by June-end 2017 from March 2016.
The countrymen must believe when the government says that the real objective of demonetisation was less-cash economy, digitisation, increased tax base and crackdown on black money. And RBI has been successful in achieving its objectives.