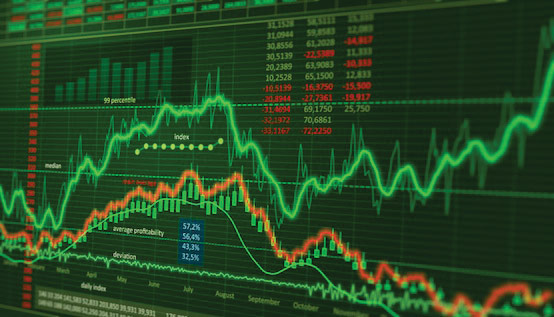 The banking system has been witnessing unprecedented stress and reputational risk since many years. The banking stability indicators as set out in the Financial Stability Report of the RBI also depict some serious concerns. The triple whammy – continuous deterioration in asset quality, low profitability and liquidity – have added complexity to the situation. There seems to be no respite from the deteriorating condition of their asset quality, especially for the state owned banks. It has been almost trend now; every quarter brings a new hope of revival only to be thrashed. The combined non-performing assets (NPA) for the system as whole have reached to a double digit at the end of first quarter of FY18. The last time such precarious situation was witnessed at the start of the millennia, when the NPAs were hovering around 12.4 %.

RBI has been trying different tricks of the trade to clean the balance sheets of banks in the last few years. It has time and again provided banks with several schemes like Joint Lending Forum (JLF), 5/25 scheme, Strategic Debt Structuring (SDR), Scheme for Sustainable Structuring of Stressed Assets (S4A) etc. RBI also revised the Prompt Correcting Action (PCA) framework for banks and has put 6 banks under the same. The government on its part is also taking various measures to deal with the issue of NPAs. Bankruptcy Law has been enacted; SARFAESI Act and DRT Act have been amended to make the recovery process more efficient and expedient.

The gross NPA of Indian banking system stood at ` 8.3 lakh crore at the end of Q1FY18. To put this number in perspective, it is at 6.8 % of the country’s GDP of FY17 and is at 10.21% of gross advances by banks. Beside the absolute number what is also disturbing is the trend of NPAs. It was expected that by the end of FY17, NPA numbers will start stablising. This anticipation was on back of fall in the sequential addition of NPAs that was witnessed in the last few quarters, which came down from 8.1% at the end of Q1FY17 to 5% at the end of Q4FY17 only to shoot 16.6% in the latest quarter. On a yearly basis, of 38 banks analysed, NPAs saw a sharp increase of 34.2%.

The state owned banks remain the primary culprit in the soaring up of NPAs. They account for almost 85% of the total NPA compared to only 70% share in advances. Top five bank accounts for 47.4 % of the total NPA in the system, and it is no surprise that all of them are from the public sector. SBI alone accounts for 22.7% of total NPA during the quarter. Apart from absolute number, even in ratios, PSBs top the chart. Top 20 banks with highest NPA ratio belong to PSBs and banks such as IDBI Bank and Indian Overseas Bank have NPA ratio above 20 %.

Agriculture, industry, services and retail industry accounts for the most of the stressed assets (NPAs, restructured loans and written-off assets). The sub- sector that has the notorious distinction of contributing most is basic metal & metal products, accounting for around 15 % of total bank credit to the industry, and 45.8% of these assets fall into stressed assets. This is followed by Infrastructure that accounts for 34% credit to industry and 18.3% of its assets are stressed. Others include Textile, Food Processing and Engineering. This is how it impacts

The higher NPAs severely impact the performance of the banks in every sphere of their operation. It causes the poor recycling of the funds, which ultimately deters credit growth. It is clearly visible in the current scenario when credit growth has dipped to six decade low of 5.1% for FY17. The credit substitution from other sources such as corporate bonds and commercial paper (CP) definitely led to such subdued performance in credit growth. Other sources of credit become more preferable due to differences in the marginal cost of funds based lending rate (MCLR) from banks and bond yields. The difference was 150-200 bps lower than MCLR. Money raised by corporate through CPs and corporate bonds in FY17 were 1.6 times more than the net non-food credit disbursed by banks and was at ` 3.7 lakh crore. In addition to banks there is increasing intermediation of credit by mutual funds and non-banking financial companies in this space.

Nevertheless, funds raised through other sources are mostly of shorter term and normally issued to meet working capital. Hence, long term funds needed to fuel the growth of the economy and achieve its potential growth rate needed to come from banks. However, post demonetization most banks have reduced their MCL` by 80-120 bps which has lowered the gap between the two rate structures. Despite this, there is no uptick in credit from the banks. For the month ending Jun 2017, credit growth on y-o-y basis remained below 5% and for the industry it contracted by 1.1%. Therefore, resolution of non-performing loans remains central to credit expansion and economic growth. This will help to resolve twin balance-sheet issue of highly-leveraged companies and banks suffering from higher NPAs. In addition to other operational performance, NPAs greatly impacts the capital adequacy of banks. As per Basel norms, banks are required to maintain adequate capital on risk-weighted assets on an ongoing basis. Every increase in NPAs level adds to risk weighted assets which warrant the banks to shore up their capital base further. According to BofA Merrill Lynch, PSBs may require an additional $20-25 bn of capital over the next 2-3 years, even to register a loan growth of 5-6%. However, the government has a capacity of providing only around $27 bn of capital. As a result, even if the demand for credit revives, banking sector (primarily the laggard banks) may not be in a position to cater to this demand, resulting in sharper market share gains for private banks. Therefore, even if all the steps taken by RBI and government starts bearing fruit, it will take at least couple of years for public sector banks to exhibit better growth numbers.

The financial performance is perfectly reflected in the share price movement. Bank Nifty is an index, which represents the 12 most liquid and large capitalised stocks from the banking sector, which trade on the NSE, has moved up by 60% in last three years. Nonetheless, two largest public sector banks SBI and Bank of Baroda have underperformed Bank Nifty in the same period. While SBI’s share price has moved up by 6%, BOB’s is down by 16%. In contrast to these, two largest private sector banks HDFC Bank and ICICI Bank share has moved up by 121% and 46% respectively.

According to Icra FY18 will be a challenging year for Indian banking and NPAs for listed banks will shoot up to 10.2% by FY18-end. It said that apart from large corporates, trouble is also being reported from the micro, small and medium enterprises (MSME) segment and the farm loans, which together contributed for half of the incremental NPAs. There are pressures on asset quality, net interest incomes, profitability, provisions and capital requirements leading to credit growth come between 7-8% for FY18.

Icra feels the gross NPAs for the 41 listed banks are likely to increase to 9.9–10.2% by March 31, 2018 from the 9.5% at the end of FY17. Because of the rising NPAs, the amount of provisions to be set aside as cover will also increase. ` 1.3 lakh crore in core equity capital will have to be raised by the Indian banks during the fiscal as they gear up for Basel–III framework.

Therefore staying away from banking stocks, till the dust settles, makes sense.