Then why call him God? 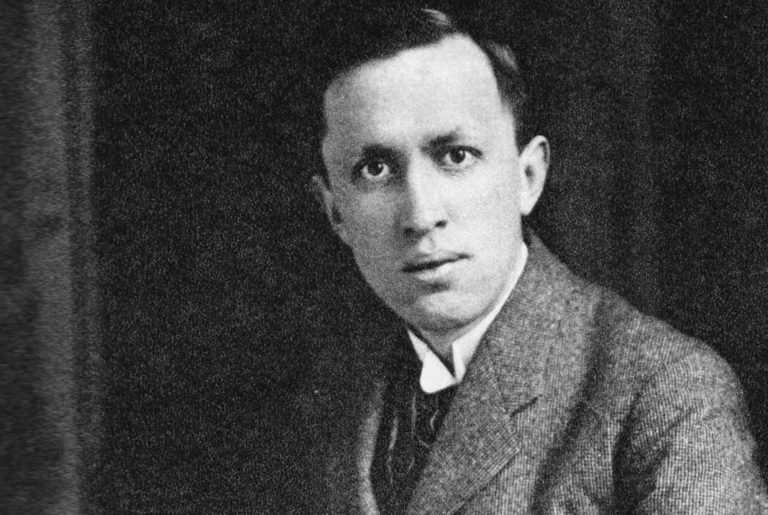 Czechoslovakia is a dreamy country if you love literature, cold and snow. Like France (read Paris) the country is known to be the cradle of modern thoughts – the birth place of liberal and post modern thoughts.

Karel Capek (1890 – 1938), the well-known Czechoslovakian writer, playwright, and art critic is best known for his science fiction. His play R.U.R, (Rossum’s Universal Robots) is known to introduce the word robot the first time. Karel is also known for his study of the inner world of man. He was most interested to describe the inner upheaval of his characters rather than whatever was happening outside. He thinks the inner world of a man is more valuable, more forceful and more influential than the external happenings that affect his being. That might be the reason why his stories have gone to a mythological level in its reach and popularity creating a kind of belief system. Several of his stories have become a part of folklore. The great writer Arthur Miller wrote: “I read Karel Capek for the first time when I was a college student long ago in the Thirties. There was no writer like him…prophetic assurance mixed with surrealistic humour and hard-edged social satire: a unique combination…he is a joy to read.”

I just read one of his most popular stories “Last Judgment” which I would like to share with my readers. This is a story about the importance and also the danger of half truth. It speaks about the justice system around the world and it enforces our doubts (which most of us have) in the legal system and the role of judges, lawyers, and the whole paraphernalia associated with the practice of issuing a judgment.

I strongly believe that justice, at least in India is always denied. The whole system is highly corrupt and only people who are either innocent or too much faithful (again on account of rather being immature, uneducated with a herd mentality, born with a silver spoon and never experienced discrimination or being too simple, or indifferent and having no dream for himself and his country) in their behavior believe in the kind of justice our lower courts, high courts and supreme courts deliver. Most of the time, almost ninety nine out of a hundred cases, justice is never done and if it is, the delay in judgment dumps away the very purpose of law. The Britishers have left a much abused word – Contempt, aptly used in courts as ‘Contempt of Court’ and by putting this fear in the common men judiciary has the last laugh.

Now over to the story – “Last Judgment”: The protagonist Ferdinand Kaglar, a criminal, dies and is presented before the court of the Other World. This concept is not new as we have been taught about our very own Yamraj and his accountant Chitragupt, who is entrusted to recount the crimes in detail. Last Judgment got around to Kaglar. The judges as usual were old with austere, bored faces. Kaglar complied with the usual tedious formalities: Ferdinand Kaglar, unemployed, born on such and such a date, died…

“Do you plead guilty or not guilty?” asked the presiding judge.

Kaglar asked permission to give reasons for his deeds as he felt that under the circumstances, he was in, it was the only solution before him. Whenever a crime was read out, Kaglar would rise and say “But all this happened when….” and not ready to listen to him the judges would cut him short. The judges told him that to confirm his criminal acts a witness will arrive soon.

When the complete list was read out the witness was summoned and there was silence. As the witness emerged everyone stood up as a mark of respect to welcome Him including the judges. Kaglar was astonished to see the witness wearing a blue robe, studded with stars and with divine light in his eyes. Kaglar came to know that it was God himself. The judges asked the witness to come to the witness box.

The judges spoke to the witness with great respect. “Sir, there is absolutely no doubt about it that Kaglar had committed all the crimes accounted in the list, but he still insists he is innocent,” began the presiding judge, “omniscient God, this court has summoned you in order to hear your testimony in the case against Kaglar. As you are the supreme truth, you need not take the oath. And you, Kaglar, don’t interrupt the witness. He knows everything, so there’s no use denying anything.”

And then God, the witness, coughed lightly and began:  “Yes. Ferdinand Kaglar, son of a factory worker, was a bad, unmanageable child from his earliest days. As for the first crime I must state that Kaglar loved his mother very much. His father used to maltreat his mother, but as Kaglar was a child who could not express himself, he got furious one day and bit with his teeth the finger of his father’s hand…..” The judges objected and interrupted the witness: “How much he loved his mother is none of our concern. We are not interested to know that. Now please tell us whether he committed his second crime of stealing flowers from a garden?”

“The rose was for Irma, the tax collector’s daughter,” Kaglar interrupted.

Again the witness began: “Yes. He was deeply in love with a beautiful girl Irma. He picked these flowers for her to express his love one day.” The very name of Irma brought tears in Kaglar’s eyes. With folded hands he begged the witness to tell him where she has gone as the witness is supposed to know all the truth.

The witness obliged: “As you were very poor Irma was married to the son of a mill owner. But the groom was suffering from a deadly disease, he died soon after. Irma gave birth to a child. Unfortunately the child too died. Irma could not bear the pain and she also died after a few months. Kaglar was devastated. He held his head in both hands.

But the presiding judge said mildly, “Witness, we are obliged to get on with the case. Has the accused committed murder?”

“He murdered nine people. The first one he killed in a brawl and it was during his prison term.  The judges again interrupted saying they are not interested in such incidents as these incidents bear no connection to the case. “Just confirm the murders Kaglar has committed.”

And God replied: “Once when riots broke out in the city Kaglar was caught on the charges of murder and put into jail and was severely tortured although he did not commit any murder. This torture settled deep inside him. When he was released from prison, he met a girl whom he started loving but she proved unfaithful and in a fit of rage one day he murdered her.” For that he was sentenced to death, but he escaped. The third was an old man whom he robbed. The fourth was a night watchman. The fifth and sixth victims were an old married couple. He killed them with an axe and found only sixteen dollars, although they had twenty thousand hidden away. The seventh man was a bewildered, friendless immigrant. The eighth man was merely a passerby who happened to be in Kaglar’s way when he was trying to outrun the police. The ninth and last was the policeman who killed Kaglar exactly when Kaglar shot him.”

“And why did the accused commit murder?” asked the presiding judge.

“For the same reasons others have,” answered God. “Out of anger or desire for money, both deliberately and accidentally – some with pleasure, others from necessity. However, he was generous and often helpful. He was kind to women, gentle with animals, and kept his word.”

God replied: “Kaglar had a friend who was a sailor. Unfortunately, one day in a mishap at sea his ship sank and he died. Kaglar was desperate and he fell into the wrong company. He started visiting a drunkard Gabrail, who had a daughter Mary. Kaglar took a fancy to her, but Gabrail forced her into a life of sin and disease. She fell ill and died.

The list of crimes committed by Kaglar was long and in this way the story proceeds to describe some more incidents. When it was all over the judges retired to their chamber to decide the case and Kaglar was left alone with God.

“Who are they?” asked Kaglar, indicating with his head the men who just left.

“People like you,” answered God. “They were judges on earth, so they’re judges here as well.”

Kaglar asked Him: “O Almighty! What is all this? I was certain that in heaven you would be the judge and pronounce judgment but here too…?

God was shaken by the question. The smile so far spread over his face suddenly faded into a sad grin. He replied, “My child! The decisions can only be taken by the people who know half truths. I know the whole truth so how can I take decisions and be the judge?”

“Since I’m God, I know everything, I can’t possibly judge. That wouldn’t do at all.”

“I still don’t understand why you aren’t the judge. But why are they judging… the same people who were judges on earth?”

“Because man belongs to man. As you see, I’m only the witness. But the verdict is determined by man, even in heaven. Believe me, Kaglar, this is the way it should be. The man isn’t worthy of divine judgment. He deserves to be judged only by other men.”

We are flooded with people who know only the half truths and these half knowing authorities have created havoc for mankind for centuries. And the most worrying fact is that even after death we will be forced to see the same weary and corrupt faces. So no respite even after death.

It again reminds me the Epicurus, the ancient Greek philosopher. The founder of the school of philosophy called Epicureanism. There is a beautiful quote attributed to him – “Is God willing to prevent evil, but not able? Then he is not omnipotent.
Is he able, but not willing? Then he is malevolent.
Is he both able and willing? Then whence cometh evil?
Is he neither able nor willing? Then why call him God?”
This is the right time for all of us to think…… Why call him God when he behaves just like humans?