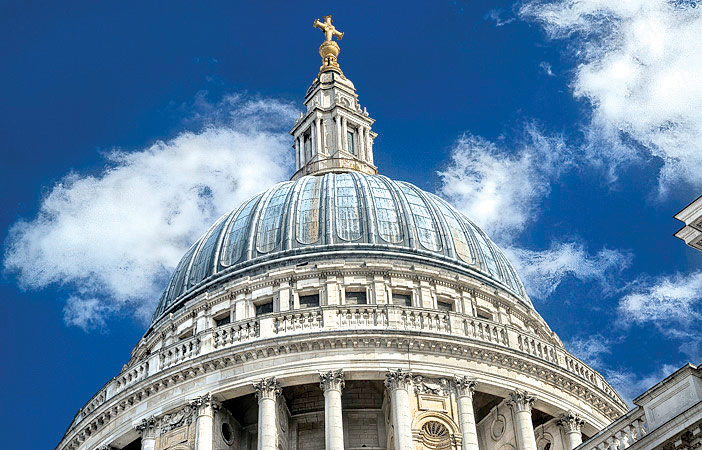 At Harvard College I became an Anglophile. Not surprising, since I was majoring in English literature, spending much of my time reading the great English writers.

While at law school in 1960, a chance encounter on Fifth Avenue led to a wonderful adventure for me. A friend of mine had an English publisher in tow. On the street, I rhapsodized about Britain. He asked, “Would you like a summer job in one of our book shops?” “Yes!”, I responded. A few weeks later, I received a one line letter from him: “Report to Gloucester on Whitsun.” I ascertained from ecclesiastical authorities that Whitsun fell that year on May 30th, and from an atlas the whereabouts of Gloucester — a cathedral town in the west of England — and duly reported.

I worked six days a week. The store sold both general and religious books, along with communion wafers and wine. On occasion, Mr. Earle, the manager, would summon me to his office to say, “A case of the finest for the rector.” I would go into the basement and bring up a case of communion wine. He assigned me to work on the cash register. Math is not my strong suit and this was before the English, simplified their monetary system. Daily I tussled with half-pence, pence, shillings, florins, half-crowns, pounds and guineas. Each night the cash register was off, but in those informal times, no one seemed concerned. On some nights the till contained less money than it should have, and on others, more. No thievery was suspected, since things more or less balanced out.

On Sundays, I took my bicycle, purchased for a few pounds from a Gloucester policeman, on the train to Chepstow, Wales. I then bicycled through the Wye Valley, stopping at Tintern Abbey to read Wordsworth aloud, and continuing through my namesake, the Forest of Dean. Miles from Gloucester I would see the magnificent cathedral looming above the low-lying countryside.

In Gloucester I stayed with a kind elderly couple who ran a bed-and breakfast on Dean’s Way. They provided me with grease-drenched breakfasts in the English style — fried eggs, bacon and bangers — and dinner, followed by watching the telly together, and then tea and cake, before I retired to a lumpy bed for the night. On my way to and from the bookshop each day, I walked past the cathedral. I enjoyed the choral Evensong Service where we sat in chorister pews, enveloped by the sounds of the organ and choir, and the beauty of the cathedral fabric.

To enhance my Anglophile credentials in Gloucester, I smoked Senior Service cigarettes, read “The Times,” and walked about with an expensive English umbrella I had charged to mother’s store account at Lord & Taylor in New York. My colleagues at the shop teased me because each day I appeared wearing a different tartan tie. “On Monday, you’re a Campbell, on Tuesday a Stewart. You can’t be both.” I attributed their taunts to English provincialism.

On my return to London from Gloucester, I shared a second class railway carriage with an elderly woman. As the train pulled into Paddington Station, she leaned over to ask, “Are you in the Guards?” I smiled without responding and fled the scene, lest my accent betray me. This marked a high point for me as an Anglophile.

With the passage of years, my travel destinations changed. Like so many of the English, I was seduced by Italy. Sun, blue sky, lovely wines and food. The Mediterranean, the Classical world and Renaissance, Venice, Rome.

Even that stalwart of Englishness, Samuel Johnson, loved the idea of foreign travel. Writes Boswell, “He talked with uncommon animation of travelling into distant countries; that the mind was enlarged by it.” Johnson would have loved to visit Italy, writing, “A man who has not been in Italy is always conscious of an inferiority.” And he dreamed of traveling to India and “the wall of China”. But this was not to be. His travels were quite modest: The Hebrides, Wales and Paris, where he watched the King and Queen of France dine at Fontainebleau, saw a rhinoceros in the Royal Menagerie, and observed the law courts, porcelain works at Sevres and Gobelin tapestry works. In addition to Italy, my travels have included three visits to India, three times in Russia, visits to China, Japan, the Middle East, West and East Africa and to Latin America.

This past September, I returned to England after an absence of many years. My first day in London, I felt very rusty, having to ask directions to Trafalgar Square, but within 24 hours, armed with my Oyster card, London’s subway and bus pass, and memories of a city I once knew pretty well, I was striding about with confidence.

I reacquaint myself with old friends like the National Gallery, with its treasure trove of art. After hours going through many galleries, an experience both exhilarating and exhausting, I sit on a hard bench to catch my breath. In front of me, four masterpieces by Velazquez, one being “Kitchen Scene with Christ in the House of Martha and Mary,” a favorite of mine. In the National Gallery, there is no time to rest, even when sitting on a bench.

Years ago, with my college friends, I came upon an impressive building in the flower district. We had no idea what went on there. We soon learned, experiencing a brilliant performance at Covent Garden of Hector Berlioz’s masterpiece, “Les Troyens”, with Jon Vickers singing the role of Hector and Colin Davis conducting.

I revisit 17 Gough Square, just off Fleet Street, where Johnson, working with his copyists in the garret — “the dictionary workshop” — over a nine year period compiled his Dictionary of 40,000 words, with 114,000 quotations illustrating the words, “drawn from the entire range of English writing in every field of learning, from the mid-sixteenth to the mid-eighteenth centuries,” writes Walter Jackson Bate in “The Achievement of Samuel Johnson.” Writers of essays take note: Johnson defines essay as “a loose sally of the mind, an irregular indigested piece; not a regular and orderly composition.” (For my graduation present, I asked mother for a copy of Professor Bate’s book, his “Johnson and his Circle” course having been one of my favorite at college.)

Returning to Fleet Street, I see the glorious dome of St. Paul’s Cathedral. Behind the dome, dark clouds. A rain shower has just ended. The late afternoon sun returns to shine, creating a glistening dome. A thrilling sight, so different from my first view of the dome, a photograph taken during a World War II bombing of London, the dome encircled by surging flames.

Florence Nightingale is honored by a Crimean War Memorial on Lower Regent Street for her work in improving health conditions for British soldiers during the war. She had the brilliant idea to recruit Alexis Soyer, Chef de Cuisine of the Reform Club, to raise the quality of food being provided to the troops. He left the comforts of London to join her in the Crimea. Writes Cecil Woodham Smith in “Florence Nightingale”:

He composed recipes for using the army rations
to make excellent soups and stews …. He invented
ovens to bake bread and biscuits and a Scutari
teapot which made and kept tea hot for fifty men.
As he walked the wards with his tureens of soup
the men cheered him with three times three.

Wounded soldiers cheering the Chef de Cuisine of London’s Reform Club in a hospital ward in the Crimea. Tears come to my eyes each time I read this passage.

My return to London rekindles fond memories of the city and England — of younger days in my life — now deepened by an expanded view of the world and the passage of time. How glad I am to have renewed my passport — new expiration date, June 26, 2027 — for journeys ahead.