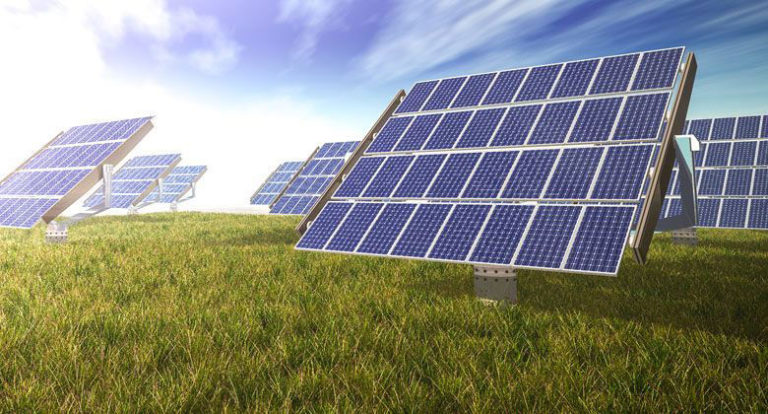 Until recently India’s environmental record has attracted negative headlines. New Delhi and other large Indian cities are amongst the most polluted cities in the world. Government of India was once recently, accused by many countries of undermining international climate change talks. However, during the last couple of years the country is undergoing the generational shift from coal fueled power to Solar and wind. Given that India is already the world’s third biggest carbon emitter and plans to electrify even its most remote villages, a rapid expansion in the country’s renewable energy sectors, would provide huge boost for attempts to keep global temperature rise below 2 C – the target set by 2015 Paris climate accord.

The shift is being noticed by some of the biggest foreign investors and many of them are looking to India for high yielding green infrastructure projects, given that the pace of solar development, in almost every other market in the world, has slowed this year. India along with China is now setting the pace for solar development and Europe is following the trend.

India runs on coal. Nearly 60% of the country’s electricity is generated by coal-fired power stations, which are often old, inefficient and highly polluting.

One of the first actions of the Narendra Modi government was to try to fix the problems with Coal India. Having improved the company’s ability to produce enough coal to fuel the plants that needed it, Coal India now faces a new problem — the potential that its product will not be needed at all in a few decades’ time.

According to an analysis by The Energy and Resources Institute, solar panels and battery storage technology are falling in price so rapidly that they could entirely replace coal as the country’s main source of power by the middle of this century. Research by Greenpeace has shown that the growth in coal consumption in India has dipped markedly over the past couple of years.

Coal India has started to wake up to this possibility: it announced in March it wanted to set up a factory to turn coal into methanol. The worry is that if India’s appetite for coal dries up, it could leave a number of the country’s biggest power companies sitting on huge and expensive stranded assets. Arvind Subramanian, the government’s chief economic adviser, warned recently that ministers risked a “double whammy” of supporting renewables while also picking up the tab for companies whose coal power plants are worthless.

Consultants estimate that 8.8 gigawatts of new solar capacity will come up in 2017 in India.  This would be 76% more than what came up in 2016 and enough to make India the third biggest solar market worldwide.

Underpinning this growth has been a dramatic fall in prices of solar energy. In August 2015 the record low was Rs5.49 per unit of electricity, a month later it fell to Rs5.09 per unit. The following January it was Rs4.34 and a year after it was Rs3.30 per unit. In May 2017 for Bhadla (Rajasthan) solar project, the bid per unit of electricity came down to Rs2.44. This translates into 50% drop into solar energy prices in two years and over a quarter in just three months. This also means that solar is substantially cheaper than coal. India’s largest power company NTPC is selling coal fueled power at an average rate of Rs3.20 per unit.

While there are lot of concerns regarding rapid fall in solar power prices and sustainability of power at such a low rate, the government policies and the actions of regulators need to be consistent to ensure stable and level playing field. At such a low rate of power, both market and the banks are getting nervous about financing solar projects until companies can prove that they are able to build and deliver power at a cost which has been quoted. In case of any adverse development in solar front, the potential adverse effect on Indian economy and Banking sector can be disastrous.

The central government has sought to allay these fears by providing several layers of guarantees to solar developers, with itself as the final backstop. But with some states already trying to renegotiate deals with solar power developers to take advantage of falling prices in the sector, some worry that banks could start to push up the financing costs. The Indian solar power industry has started to slow down its growth, in the last few months. The pace of new tender announcements has slowed 68% in the past year, according to Bridge to India, and since May, no company has come close to bidding Rs2.44 for a new project. The pause in the industry’s rapid growth will probably help in its eventual development by reducing the chances of any sudden crash.