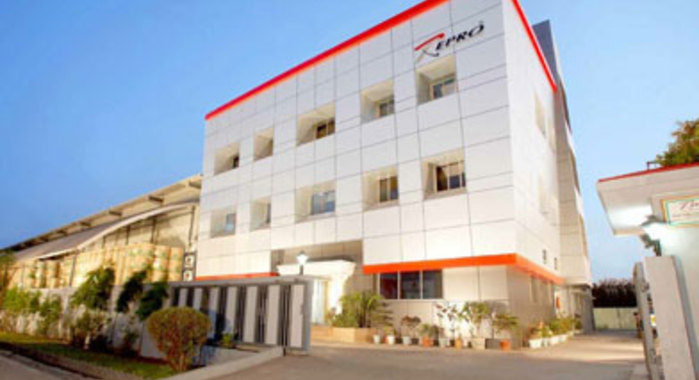 All set to write a new chapter

To understand why Repro India is at an inflection point and how it can be a story to watch out for in the next few years we need to understand clearly the components of its business first. It has three business components: Traditional Printing; Rapples; and Print on Demand. Traditional means printing educational books, catalogues, magazines, annual reports, test prep material, etc. Repro had the advantage of having its facilities near a port and hence could easily export to many parts of the world. Now the company has decided not to focus much on growing the traditional printing business and still expects to generate revenue of around Rs 250-350 crore from this business.

Second is Rapples (Repro Applied Learning Solutions) which brings textbooks on tablets. The basic concept is that instead of physical books students carry tablets to school and the company has tied up with 20 educational institutions in India. However, the acceptability is taking time with parents still not convinced about the concept of students not studying with physical books. The segment is expected to break even this year. Third is Print on Demand. As the world is moving towards digitization and e-commerce disruption is seen in every industry, Print on Demand is the “Brahmastra” for the disruption in the world of physical books. When we order a book from an e-commerce website and the seller of the book is Repro India (since it has tied-up with the publisher and has taken the permission to print the book on their behalf), instead of keeping the physical copy ready in its warehouse Repro prints the book immediately using its high-end technology and delivers to the e- commerce retailer and gets the payment in 5-7 days, whereas it has to pay back to the publisher in two months. There is massive scalability as all the company needs to do is tie up with different publishers.

Can the company scale up?

The entire Indian publishing market is around Rs36,000 crore and it is moving online gradually with more internet penetration. Currently around 2.5-3% book market has gone online. In the US nearly 70% of the books are sold online. The book market in India is growing at 20% every year and expected to grow to around Rs80,000 crore by 2020. It is also expected that in the next 5 years the online book market will capture around 10-15% of the sales, roughly Rs 8,000 crores. At one time, in order to buy a book of his choice, a reader had to visit several bookstores, and a publisher on the other hand, had to print, warehouse, manage inventory, deal with a complex distribution system and suffer the losses of obsolete inventory.

There are a few factors that can lead to Repro’s success – It has tied-up with Ingram which is one of the world’s largest content aggregators with more than 14 million titles. The second largest aggregator in the world is one-tenth size of Ingram so we can very well imagine the moat Repro possesses. Ingram follows one country, one tie-up model so Repro is the sole Print on Demand partner for Ingram in India. This essentially means that if there is any order from India for any of the 14 million books that Ingram has in its repository, Repro will be the one to fulfil the order. This would also mean that international titles that earlier took 2-3 weeks to get delivered will be at your doorstep now in 2-3 days.

Currently the company has its manufacturing facility in Bhiwandi (near Mumbai) which has the capacity to produce 6000 books per day (expansion to 8000 books very soon). Most of the e-commerce websites have their facility in Bhiwandi, which helps Repro to deliver to them in the fastest possible time. Repro is planning to add two more plants in Chennai and Delhi each of which will be able to produce 2000 books per day. This move can increase their online book sales by 20- 30% since e-commerce websites prefer sellers who are nearer to the location from where the book is ordered. With this Repro will cover nearly 70-80% of the online book market. The company has a target to reach 12,000 books a day which can translate to around 12 crore sales per month. Repro in April last year was doing 30 books a day. Today it is 2000 per day. The growth from here is expected to be much more since the company has been able to get more publishers on board. It already has doubled the number of books that it is selling on Amazon. This is expected to rise since more and more publishers will opt for this kind of service.

The management believes that once they reach a larger scale, they would be able to reap advantage of operating leverage that would lead to higher margins and profitability. Repro even after being the first mover and the only one in this segment currently will sooner or later face competition. Dr. Pramod Khera clarified this addressing the concall when he said: “Currently we are the only players in India who are doing this while there are a lot of traditional distributors who are selling on e-commerce websites. But there are two things which are important – One is the investment in the IT and the infrastructure;  Second is getting the content into the system, so again we have been working with publishers for the last two decades. So they have the comfort and the confidence that the content is safe, and secure. With Repro they don’t have any fears of piracy, etc. For a new player it will take some time to build that sort of a trust; and the third is Ingram has largest aggregator of titles globally.”

The company has worked hard on reducing the expenses which is visible from the results of Q3FY17, Q4FY17 and 1st quarter of the present financial year. The company had receivables of Rs120 crore from Africa and they have collected Rs71 crore, the rest it expects to recover in the next few quarters. Last year export sales was Rs60 crore and it was fully secured with LCs. Promoters have a strong history with massive experience in the field coupled with strong long-term relations with the publishers. In the past, they have also reduced their salary in bad times, which shows their commitment to minority shareholders.

Maybe e-books could be some risk, but the cost of the device and penetration are still hurdles for e-books. The other verticals have those generic vagaries with currency fluctuations and volatility in raw material prices etc. There are a few related party transactions too but minuscule and should be overlooked.

The company closed the fiscal 2017 with Rs319 crore of sales and a loss of Rs5 crore. This fiscal would mark a spectacular turnaround with sales expected to vault to around Rs385 crore and a PAT of Rs14 -16 crore. Thereafter a disproportionate rise in PAT would be in the offing as the Ingram business explodes. Repro can well grow at 60-70% profit CAGR considering the potential it possesses. With such cash flows expected and minimal maintenance capex, the company would be starting to replay all those burly Rs200 crore debt which would further inflate the profits. Present valuation could be termed rich with company quoting at over 50 times earnings, but it’s all about PEG story. The market is ready to pay a premium valuation if it sees consistent higher growth.

Repro is a quintessential eCommerce scalable story where each and every multibagger ingredient is present, but it would be a multi- year story.