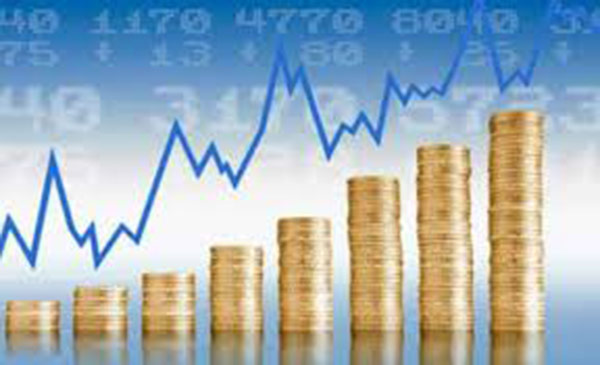 Thirty spokes share the wheel’s hub;
It is the center hole that makes it useful. – Lao Tzu

“Whatever is subject to arising is subject to ceasing” was Buddha’s first sermon on the Four Noble Truths to his five disciples when he got enlightenment and realised the ultimate truth of impermanence in this material world. When stock markets hit new highs, traders get mesmerised by the new paradigm shift and believe the trend would continue ad-infinitum. They get blinded by constant rattling on television of “This time is different.”

In markets, no trend, which is either of the three (Up, Down and Sideways) lasts all the time. No range sustains all the time. No strategy works all the time. And for that matter, no analyst is right all the time. That’s why you have to manage risk all the time. The risk of known, and unknown. The probability of an unknown outcome, uncertainty, that can’t be modeled by known theories, especially when the prices are in a new paradigm. The traders and analysts become so certain about the current trend persisting that it becomes dangerous to rely on this “certainty.” Remember, complacency is enemy number one of traders.

What powers day-to-day price action is the traders’ collective reaction to the fundamentals rather than the fundamentals themselves. Stock prices get their flickering life by all the market participants’ changing attitudes towards the emerging fundamentals – from euphoria to despair and pessimism to exuberance. Technical analysis is a method of study that tries to capture these attitude swings, identifiable in specific price patterns plotted over time and price scales. In other words, prices are determined by the psychological factors such as enthusiasm and excitement of buyers relative to that of sellers and vice-versa. This eagerness to buy, or an impulsive instinct to sell, moves prices to maniac levels, of different degrees at various times, what are described by the chartists as extremely overheated or deep oversold markets. A byzantine truth in the stock market is that these waves of changing attitudes move in trends and the trends tend to perpetually change. A trend is described as, and is said to be in vogue over a period in which price moves in an irregular, but persistent direction.

There are limits to how high stocks can fly, or how deep they can plunge, but there are no limits to investors’ optimism and pessimism. Fools know no extremes. If they knew, they would not be called so in the first place. When a company announces its plans to begin research on a blockbuster drug to save us from a particular disease, investors jump in jubilation and bid the prices up, adding to market capitalisation many times more than the expected annual revenues, and still more than even the profits from the proposed darned discovery.

Bigger the calculation, the bigger is the confusion and conspiracy. Despite the government machinery claiming and trying to capture every economic unit produced in the country, a vast number of transactions in the real economy are not at all monetised and therefore, not accounted for in the reported GDP numbers. In some countries, this parallel economy is as large as the official one. In other situations, much of the problem lies in the society’s culture besides reporting mechanism. The reported GDP of many western economies are relatively higher than many emerging and most populous countries, mainly due to the level of monetisation of economic activities and reporting mechanism imposed through government intervention.

The daily chores of cleaning, cooking and raising children by housewives are always ignored by the national accounts as the economic value they create remain within their homes. Stay-at-home moms are valued much less than the men at work despite the fact that the value of their unpaid work might be more than that of the manufacturing sector. If a man marries his housekeeper and stops paying her, the GDP goes down. On the contrary, when a woman stops nursing and buys formula food for her baby, the GDP goes up. Instead of sitting at home, if a woman takes up a job and hires a domestic maid, the GDP magically goes up by the amount of salary she earns, and pays to her maid, because it is monetised and reported. And also taxed. When everyone is certain only on one probability, that of market going up and away, the most likely outcome is one which no one can see.