India Inc. Finally Finds Light at the End of the Tunnel 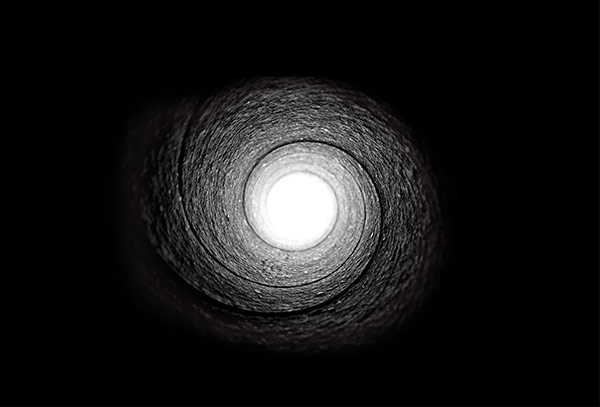 Hope is an ability to see light despite all the darkness and it applies verbatim in case of India Inc. corporate earnings. In the last couple of years, every quarter used to begin with a hope that this quarter earnings will start showing signs of revival, but after the result season it used to be only despair.  Nevertheless, for a change this quarter it is a different story altogether. The corporate result for the second quarter of FY18, has started to show early signs of earnings recovery. Nifty based company’s earnings grew in double-digits for the first time in last six quarters. Excluding oil marketing company’s (OMC), earnings growth of Nifty based company is 10.5%, which remains highest in last 13 quarters. These earnings need to be looked against the backdrop that this is the first quarter post GST when India Inc is posting its result. We do not find many disruptions in the functioning and results of the companies and it seems they have recovered from initial glitches.

Sales growth of the BSE 500 companies (excluding banks and Oil Marketing Companies) that form about  90% of entire market cap saw a sales growth of 10.2% on a yearly basis. Large cap companies saw traction in the topline growth. Topline growth was aided by higher commodity prices and concentration of government revenue spending on rural areas. In terms of sector Auto Ancillaries and Metals & Mining demonstrated better growth while telecom, pharmaceutical and banks remained drag.

Operating profit of companies increased in single digit on a yearly basis due to compression in EBITDA margins. The primary reason for such decline in margins is rising commodity prices. Same was translated at PAT level also. We saw the average PAT margin declining by 2.1% on a yearly basis, whereas on sequential basis, it saw an improvement of 3.25%. Going ahead, we believe that earnings will start improving from here on and second half of FY18 will be much better than the first half. The reason for such optimism lies in lower base of last year on the initial impact of demonetization, strengthening of external trade due to cyclical improvement in global growth, revival in consumption both in urban (through 7th Pay Commission awards) and rural areas, and rising commodity prices on account of improving global growth prospects. The renewed focus of the government on reviving the rural economy is likely to shift the focus towards rural-centric companies. Companies in sectors such as Auto, Consumer Staples focused on rural economy are likely to experience better growth. Recent pick-up in international commodity prices is likely to translate into higher realizations, but at the same time it will depress margins for companies using these commodities as raw materials.

Now let us analyze some of the prominent sectors of the economy and how have they fared in their second quarter earnings.

Revenue for the automobile companies remained in the top gear. It was primarily due to early festive, rural demand and GST impact. This fiscal we saw major festivals falling in the second quarter compared to third quarter of FY17. There was a strong rural demand too, and restocking of inventory under the GST regime helped companies to post good top line growth. On an average revenue grew at a rate of 16% on a yearly basis. All the major auto companies like Ashok Leyland, Eicher Motors, Escorts and Maruti Suzuki witnessed sales growth of more than 20% on a yearly basis.

Even Auto Ancillaries followed in the footsteps of OEMs and saw their top line growing by 16% on a yearly basis. The best performance came from Motherson Sumi and Exide, whose topline grew by more than 20% on a yearly basis. Going forward in Q3FY18 companies are expected to continue their good run, led by a low base on account of demonetization.

The EBITDA margins have expanded on a sequential basis for the quarter, mainly led by higher scale and a low base as GST transition costs had depressed margins in Q1FY18. On a yearly basis, it has remained almost flat. Nevertheless, commodity prices have been increasing and margin impact is likely to be felt in the third quarter of FY18, which might be partially offset by pricing actions of companies. Adjusted profit for automobile companies has increased by 16% on an average on a yearly basis.

The NPAs menace that was until a few quarters back largely limited to public sector banks (PSBs) is now spreading to their private counterparts. Baring few private sector banks, others have started to witness the deterioration in their asset quality. Private sector banks like Yes Bank and Axis Bank saw their asset quality deteriorating on a sequential basis. They saw a rise in both gross NPAs and net NPAs on q-o-q basis. However, on an average 38 banks those were analyzed saw a decline in net NPAs on a sequential basis due to better performance by some of the large PSBs such as SBI that saw its asset quality improving. In absolute terms, however, gross NPAs saw a marginal increase and net NPAs declined.

In terms of loan growth a sharp divergence in Private and PSU Banks continues, and hence private sector banks saw a better increase in their net interest income (NII), interest earned less interest expended. However, overall these banks saw their NII on an average grew by 13% on a yearly basis. The profit for these banks, however, saw sharp drop and witnessed a fall of 52% on a yearly basis.
Going forward, operational performance will remain distressed for a couple of quarters and healthy earnings growth is expected only in FY19, as core income growth revives, margin pressure eases, and the investment cycle begins to show some recovery.

Nonetheless, the profitability of these cement companies got impacted in the quarter due to increase in input costs. Average EBIDTA/ton declined by 6.4% yoy. This was largely due to higher energy cost (increase in pet coke and international coal prices) and freight cost (increase in diesel price) which impacted profitability of the companies despite the better realization. The decline in EBIDTA got reflected in profit after tax (PAT) of these companies. PAT declined by 6.1%, which also got impacted by acquisition by UltraTech.

Revenue of FMCG companies saw a decent growth on a yearly basis. They posted broad-based, healthy performance, with double-digit growth at both operating level and at PAT level. Aggregate sales of 18 companies analyzed saw an increase of 5.6% on yearly basis. While EBITDA and PAT in the same period grew at 11.6% and 10.4% respectively. Only company that missed the target among FMCG company was Colgate. The disruption caused by GST seems to be over now and distribution channels are getting back to normal and consumer offtake has improved. Consumer companies are seeing some pick-up in rural sales, and companies like HUL, Marico, Dabur and GCPL did mention that rural growth was higher for them than urban in 2QFY18. Going ahead, management of FMCGs companies has indicated that rural demand to pick up led by fiscal stimulus by the government. These companies are also expected to benefit from lowering of GST rate.

The highlight of the second quarter of FY18 result in Oil & Gas is poor gross refinery margins (GRMs) posted by oil marketing companies (OMCs). While Singapore GRM stood sequentially higher at USD8.3/bbl in 2QFY18, core GRM for all the OMCs decline sequentially. IOCL reported core GRM of USD6.9/bbl, HPCL reported a core GRM of USD5.6/bbl and BPCL reported a core GRM of USD6.5/bbl. Topline of 12 oil & gas companies (including three OMCs) saw a growth of 13% on a yearly basis. This was primarily driven by the OMCs such as BPCL, HPCL and Indian Oil that saw the top line growing by 19.3%, 12.9% and 12.7% respectively. Companies engaged in Natural gas business like Gujarat State Petronet and Petronet LNG also reported good top line growth. EBITDA for these companies, however, improved by 19% in same period and profit after tax increased by 20%.

Going forward rising crude oil prices would benefit upstream companies like ONGC and Oil India. Also, it would help GAIL’s Petchem and LPG/Liquid HC segment. In the near term, refining and marketing companies would benefit from strong benchmark refining margins, along with high possible inventory gains.

Indian IT companies are passing through the phase of uncertainty in terms of growth prospects. It is constantly facing pricing pressure in its traditional offerings and could not catch up with booming digital services. All this is reflected in the quarterly performance of IT companies. Net sales of 15 IT companies analyzed saw an increase by 2% on a quarterly basis. Companies like Mphasis, L&T Infotech, NIIT Tech saw good revenue growth. Most companies reported strong operating performance, as they used efficiency levers such as better productivity through automation, utilization, and lower/deferred wage revision to augment their performance. This is the reason why these companies saw their EBITDA growing by 7%. Similar growth was witnessed in PAT number that grew by 6% in the same period.

Going forward, there are no clear indicators of pain or business recovery in any specific verticals or geography, and hence performance of these companies will remain muted.

The worst phase of Pharmaceutical companies continued in this quarter also and 20 major healthcare companies analyzed posted third consecutive quarter of decline in profit after tax on a yearly basis. For quarter ending September 2017, these companies saw a drop in their profit by 20% compared to the same quarter last year. Operating profit in the same period declined by 8% on a yearly basis. Such fall came despite cost cutting measures taken by companies and overall cut back in SG&A spends. While there was a marginal improvement in sales of 2% during the recently concluded quarter. This was on back of improvement in domestic business, post GST after channel re-filling at stockiest level to near pre-GST level.

Going forward, we do not see sector performance to bounce back soon as USFDA’s inclination to ensure every off-patent product has at least three competitors, may destroy high margin and ROE of the sector. Price erosion is expected to come down from high double-digits to low double-digits, while some companies expect price erosion to bottom out during the quarter. US business is expected to improve from 2HFY18, as large companies expect approval of key products and resolution at key facilities. In addition to pricing pressure regulatory pressure is also a challenge for the sector. Hence, in the short term they may continue to impact the performance of sector, however, in the medium term it may ease.