The alarmism and paranoia about WWIII 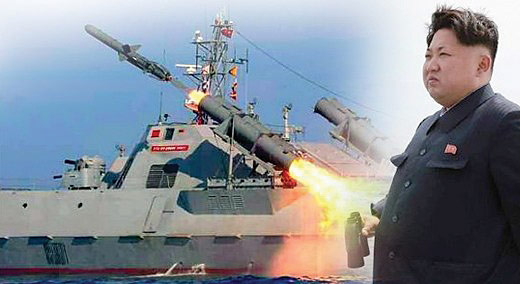 Pyongyang time and again has been actively provoking the entire world. It has just launched an intercontinental ballistic missile (ICBM). In a special announcement broadcast on North Korea state TV, a beaming newscaster announced that the regime had successfully tested a Hwasong-15, which was an advanced version of ICBMs it launched in July. It was North Korea’s 20th launch of a ballistic missile this year.

According to scientists the weaponry system is tipped with super-large heavy warhead which is capable of striking the whole mainland of the US. With this, as it declared itself North Korea is now a complete nuclear state. It said the development of the weapon would defend the North against the US imperialists’ nuclear blackmail policy and nuclear threat. North Korean state media said the regime’s missiles “would not pose any threat to any country and region as long as the interests of North Korea are not infringed upon. This is our solemn declaration.” But can the world community believe?

The reactions were as usual. China expressed grave concern at the test, while calling for all sides to act cautiously. Sinzo Abe, the Japanese prime minister, described the launch as a violent act that can never be tolerated while Moon Jae-in, the South Korean president, said the test was a serious threat to global peace. UN Secretary-General Antonio Guterres urged Pyongyang to desist taking any further destabilising steps.

President Trump, who had insisted that North Korean development of an ICBM would not happen during his presidency, said: “We will take care of it. It is a situation that we will handle.” It came weeks after Mr Trump returned from a tour of Asia, where he sought to rally support for clamping down on North Korea’s economy and added North Korea to America’s list of state sponsors of terror. US has imposed new restrictions on North Korean shipping firms and Chinese companies that deal with the North. Now US could target financial institutions doing business with the North.

In this scenario only China can twist the dictator’s arm. It should use all available levers to convince North Korea to end its provocations and return to the path of denuclearization. Crude oil is the driver of North Korea’s nuclear program. It was evident that North Korea first time came to the negotiating table shortly after China briefly cut off oil shipments long back. But China continues to send North Korea crude oil, the raw input for fuels like gasoline and diesel. China ships an estimated 10,000 barrels per day to North Korea’s only operating refinery near the Chinese border. Without doubt the time has come for China to cut off crude oil supplies. China’s refusal to completely cut off energy exports has been a sticking point as the United States leads the charge to rein in Pyongyang’s nuclear weapons program. A frustrated US Ambassador to the United Nations Nikki Haley has threatened to disrupt Chinese crude oil shipments to North Korea.

Another alarming development is that there are confirmed reports about closer ties between North Korea and Syria. Both countries face international sanctions. Syrian state media has reported Jang saying his country wants to help Syria with reconstruction efforts. Increased North Korean involvement in a nation hit by a violent civil war, which includes Islamic State brutality doesn’t bode well for the world. North Korean exports of military equipment to the Arab nation, including propellants for Syria’s Scud ballistic missiles, protective chemical suits and respirators, are believed to have occurred for years. And with state revenue increasingly strained under fresh sanctions, Pyongyang is expected to continue such sales. The world knows that Syria continues to rely on North Korean and Iranian assistance for its missile programs.

Kim is believed to possess a vast chemical arsenal, including the deadly VX nerve agent. Given Syria’s unholy alliance with North Korea, perhaps Pyongyang could even be adding to Syria’s chemical capabilities. In Syria, the U.S. has led an international coalition to target extremist groups since late 2014 but Trump has said his administration had very little to do with Syria beyond defeating Islamic State.

The North Korean launch was a message of defiance to the Trump administration. It also ruins nascent diplomatic efforts, raises fears of war or a pre-emptive US strike. White House Principal Deputy Press Secretary Raj Shah has rightly said that the North Korean threat is very grave. It’s not just a threat to the United States or a threat to the region or the Korean Peninsula region, but a threat to the entire world and the civilised world. US and South Korea have plans to have a large-scale military maneuvers scheduled for December which might further infuriate the “Little Rocket Man” and as Trump describes the “sick puppy.”