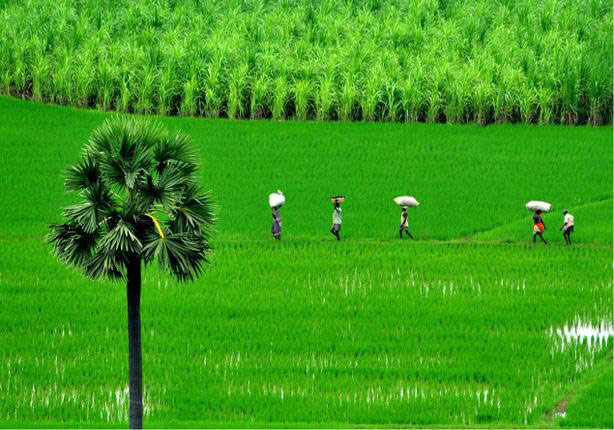 India faces a grave irony: despite producing sufficient food to feed its population of 1.25 billion, millions of people go hungry. Another irony: on the one hand, there has been a steady long term growth in India’s agri-produce and at the same time we have a staggering amount of post-harvest wastage in our country. The root cause of these upsetting truths is an inadequate warehousing and logistics systems in the country. Scientific warehousing, along with an efficient eco-system for transportation, storage and delivery of agricultural products, can ensure food security.

Einstein once said insanity is doing the same thing over and over again and expecting different results. The obvious corollary would be to try something new to make a difference. And that’s exactly what the government seems to be doing to achieve progress in the agriculture sector.

To begin with, the very focus of the agriculture ministry has shifted from mere improvement in agricultural output to improvement in farmer incomes too. The government now aims to double farmer incomes by 2022, i.e. within five years from now, through a seven point strategy. By simply redefining the goal, the government is, in fact, targeting a much larger canvas of benefit. Enhancing incomes is more likely to have a greater effect on overall demand-led growth in the economy than merely augmenting supply, which at present faces several structural bottlenecks on its journey from the farm to the plate.

At another level, while sowing and harvesting issues, such as more reliable irrigation, lower input costs, better quality seeds, nutrients and soil, etc., cannot be neglected, this time around, the government seems to be seeking solutions to a more distressing issue – that of post-harvest losses.

It envisages large investments, both public and private, in warehousing and integrated cold chains in rural areas to prevent post-harvest crop losses. The government has been actively incentivising private investments in warehousing by including agri warehousing under priority sector lending. It has also offered various subsidy schemes and tax sops to attract investor companies. In addition, the Warehousing Act 2007, which came into force from October 2010, has gone a long way in promoting this sector. It is encouraging farmers to use these warehouses and avail loans against negotiable warehouse receipts, with interest subvention benefits. This will also ensure that farm output translates into tangible returns, as opposed to the current trend of distress sales.

This 360 degree approach to post-harvest storage has begun to bridge the gap between the demand and supply of warehousing facilities and reducing supply chain losses. As in other infrastructure sectors, leveraging private-sector capabilities to meet public needs could enable India to achieve its mission to combat hunger and achieve food security. At the same time, it will generate employment as this state-of-the-art, high-tech sector – agri-warehousing – will attract talented youth. It will open up a whole range of possibilities in down-stream sectors – food processing and agri-exports, which will once again boost employment and economic growth. Last, but not the least, in the immediate present, it enables farmers to leverage their produce to gain finance – using e-NWRs – and protects their produce from becoming post-harvest agri waste.

Another mission for the government has been reforms in agriculture marketing towards ensuring more transparent pricing. For a large part of the profits to reach the farmers and to minimise the role of intermediaries, the government has initiated an online agriculture marketing platform ‘e-NAM’. So far, 455 mandis have been linked to this platform and while teething troubles have yet to be sorted out, the government is forging ahead with its mission to enhance real time inter-mandi connectivity.

At the same time, it is making an effort to promote value addition through food processing. Towards promoting the processing industry, the government plans to create and reinforce forward and backward linkages of agro processing clusters, through its INR6,000 crore SAMPADA (Scheme for Agro-Marine Processing and Development of Agro-processing Clusters). The target for this scheme is to not only benefit 20 lakh farmers, but create employment opportunities for about 5.3 lakh additional people as well by 2020.

Lastly, both the government and the private sector have begun to emphasise the importance of crop insurance to compensate for losses. With the Pradhan Mantri Fasal Bima Yojana (PMFBY) (which has been increased by 1.5 times from last year) and various private sector insurance products, farmers who opt for insurance could at least receive baseline support in bad times.

At the end of the day, it has become abundantly clear that increasing agricultural productivity should be a major goal in order to ensure self-sufficiency. However, there is a more important realisation that at present, a large part of post-harvest agricultural produce is lost due to lack of or poor storage and transportation facilities, amongst other things. Tackling these issues will raise farmer income and benefit the economy at large by both enhancing demand augmenting supply.