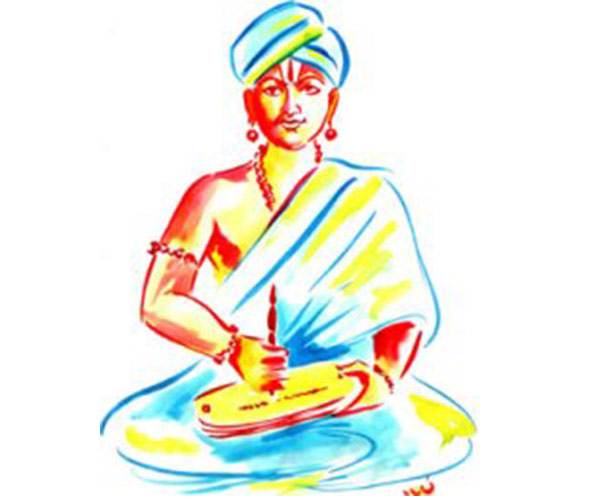 The royal feast was drawing to a close. Emperor Akbar, who always loved to cut a joke at Birbal’s expense, silently shifted the fruit peels from his plate to Birbal’s plate. Birbal sitting next to Akbar didn’t fail to notice the emperor’s mischief.

All of a sudden, Akbar hollered: “Hei! Look at the number of peels in Birbal’s plate. He was so hungry today that he has consumed double the quota of fruits.”

Everyone in the feast hall laughed and giggled. But Birbal who was already at the game undauntedly said, “The Emperor seems to be more hungry than me. Look at his plate. He has not spared even the fruit peels!” He thereby set everybody to rib-tickling laughter.

The above anecdote is the best example of ‘repartee’. The word ‘repartee’ simply means a swift, witty reply. It is also a ready spirited retort. But this cannot be done by all and sundry. A special skill is needed in making such replies.

Once when king Krishnadeva Raya became so angry with his court jester, Tenali Rama, that he cursed him with death. Undaunted remained the witty fellow.

“Tell me, you fool, how you would like to die?” threatened the king.

“Your majesty! I would like to die of old age,” replied Tenali Rama.

In conversation, ‘repartee’ is a rapid and witty response, especially one that turns an insult back on its originator. The term is also applicable to a person’s talent for making witty replies.

George Bernard Shaw, the Irish playwright, was found walking on a narrow path in a potato field. He saw someone coming towards him from the opposite direction. When he came close, Shaw smiled at him. But that someone didn’t smile back, instead said in an angry tone, “I don’t give way to fools.”

Shaw did retaliate, but did it differently. He quickly jumped from the raised path onto the field, and said with a wry smile, “But I do”.

Mark Twain, the famous American humourist, finding an excellent collection of books in a neighbouring house approached the owner to borrow a couple of books. But he was disappointed when the neighbor said. “You can read them only in my library”. A few days later the neighbour entered the house of Mark Twain and requested for a lawn mower. “Yes, of course. You can borrow it,” said Mark Twain. After a pause, he added, “But you can use it only in my lawn.”

Only wits like Shaw and Twain could do it. They are the true practitioners of repartee. The usual modern sense of wit, is one of  light cleverness.

Here is an anecdote to explicate this view.

Mulla Nasruddin was in the market to buy fish. When he left for the market, his wife advised him to use his nose rather than his eyes while buying fish.

Once inside the fish market, the Mulla saw rows and rows of sellers. His eyes wandered and fell on a big fat fish kept by an equally fat woman. He moved towards her, took the big fat fish close to his nose and smelt it.

Amused at the Mulla’s action, the fat woman asked, “Hei! Hei! What are you doing to my fish?”

“I was only speaking to your fish”, replied the Mulla.
Amused further she asked, “what did you say to my fish?”
“Oh! I only asked if there is any news from the sea”.
“Huh! What did my fish say?”

The Mulla replied with a snort, “Oh! It said it came out from the sea some ten days ago”.