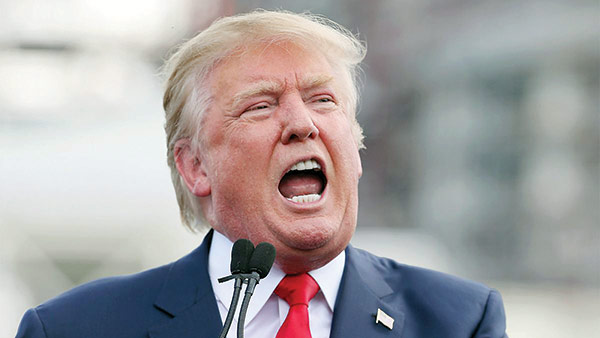 United States President Donald Trump in a New Year’s Day tweet accused Pakistan of giving nothing to the US, but “lies and deceit” and providing “safe haven” to terrorists in return for USD 33 billion aid over the last 15 years. The Trump administration later suspended approximately USD 2 billion in security assistance to Pakistan, resulting in an outrage from Islamabad. Reacting the Pakistan Foreign Minister said that America was no longer an ally of Pakistan.

Afghan officials have been pleading with US administrations to reconsider their support for Pakistan, which was both receiving billions of dollars in US aid and harbouring on its soil the leaders of a Taliban insurgency that the Americans have struggled to defeat. Afghan officials accuse Pakistan’s military intelligence service of maintaining influence with the Taliban and the group’s most ascendant faction, the Haqqani network. It was this group which is behind many of the large-scale attacks on Afghan cities. Pakistan government knowing it full well had done little to constrain it.

The President of America Donald Trump rightly believes that the policies followed by the successive US administrations post 9/11 vis-a-vis Pakistan have not worked. The present US administration has decided that it is time to try something new. Some other way. Another strategy other than maintaining patience. The US was committed to not allowing either Pakistan or Afghanistan to become a safe haven for terrorists from where they can attack the US and its allies. In 2009, the Kerry-Lugar-Berman Act (KLB), also known as the Enhanced Partnership with Pakistan Act of 2009, was passed and Congress authorised tripling of the economic-related assistance to Pakistan to USD 7.5 billion over five years, from the period of 2010 to 2014. Under Kerry-Lugar-Berman bill US gave billions of dollars to Pakistan.Unfortunately, Pakistan has been always a safe haven for terrorists. It has been a sanctuary threatening stability in the region.

A US official said that 9/11 attacks had their roots in this region and “We’ve invested a lot of blood and treasure in Afghanistan. We are committed to not allowing the Taliban to dominate Afghanistan and we are committed to not allowing Afghanistan or Pakistan to become a safe haven from which terrorists can attack the US and its allies. Terrorists continue to operate freely inside Pakistan and there is a relationship between terrorist organisations and the establishment.”

This is not the first time the US realized this fact. The US lawmakers have long grumbled about the two-faced role played by the Pakistan establishment. Even while collaborating with the US on counterterrorism, the Pakistani military was known to have cultivated, shielded and even at times directed a constellation of Islamist militant groups operating on either side of Pakistan’s borders with Afghanistan and India. After all it was US which discovered al-Qaeda mastermind Osama bin Laden and killed in a housing compound just a four-hour drive from the Pakistani capital.

Pakistani officials expressed both anger and caution over the U.S. move. Several indicated that cutting off ground supply routes to Afghanistan was actively being considered but that a formal decision was not likely to be announced.

The commander of Pakistan’s Air Force also seemed to suggest that Pakistani airspace might be blocked to the Americans. In Islamabad, Air Chief Marshal Sohail Aman said his force was “fully prepared to defend all the aerial frontiers of the country.”

The foreign ministry released a statement saying that “we are engaged with the U.S. administration on the issue of security co-operation and await further details. We believe that Pakistan-U.S. co-operation in fighting terrorism has directly served U.S. national security interests as well as the larger interests of international community.” And in a measured criticism of Trump’s move, it said that working for peace requires “mutual respect and trust,” adding that “arbitrary deadlines, unilateral pronouncements and shifting goalposts are counterproductive in addressing common threats.”

Across the Pakistani political spectrum, officials accused the United States of making Pakistan a scapegoat for the failures in Afghanistan.

Imran Khan, a prominent opposition politician who has long criticized US actions in the region, called for steps to disengage diplomatically from the United States. Speaking the language of Pakistan security establishment, he said that Pakistan must immediately remove excessive U.S. diplomatic, nondiplomatic and intelligence personnel from Pakistan so that diplomatic parity is established according to international legal norms governing diplomatic relations between states.

The action of the US administration is a heartening message for India, which has consistently highlighted the Pakistan’s support for terrorists. It is a diplomatic victory for India, a clear recognition of its concerns. However, Donald Trump’s ‘fair’ action may also be troublesome for both the countries if not handled properly. As it gives ample space to the terrorist organizations with differing views to unite.