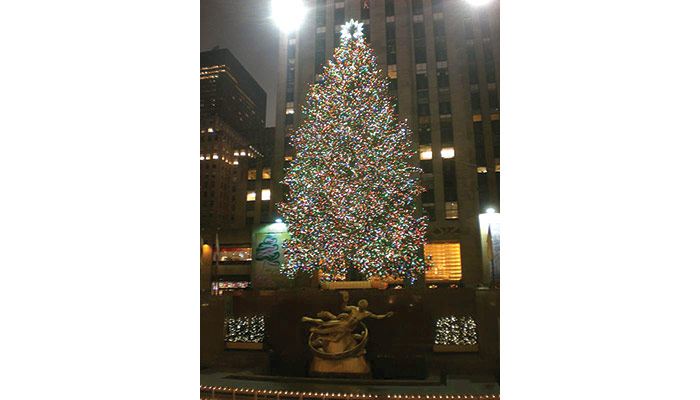 A biography describes Chekhov as being practical and poetic: Both doctor and writer. To me, this seems a desirable balance in life.

Being practical is a necessity. Food must be placed on the table and the electric bill paid. I recall home-based blackouts when I was growing up. Mother, with all her responsibilities, working full-time to support our family as writer, editor and lecturer in the field of international relations – friends called her Mrs Atlas – sometimes neglected to pay the electric bill. On these occasions, we dined by candlelight. (Very poetic!)

Our lives need a degree of order. Like living within our means, completing tasks, punctuality. But there is more to life than paying bills and being on time. A poetic element is desireable. It can take many  forms. Enjoying literature, music, art. Writing. Daydreaming. Being open to nature. “Look, look old mole! There, straight up before you, is the magnificent sun. If only for the instant, you see it.” (Emerson)

Each day I combine the practical and the poetic. Setting the alarm clock and rising when it rings is the essence of practicality. Listening to the birds sing outside my window while lying in bed is poetic. Dressing for work and walking to the subway is practical. Selecting a route to the subway through Central Park is poetic, as is sitting on a park bench to write and enjoy the blossoming trees before descending into the subway’s nether regions. The mix continues into the evening. Reviewing legal documents while lying on the couch listening to an opera and smoking a cigar.

A life without being practical leads to chaos; a life without poetry is a dismal life. “If your everyday life seems poor, don’t blame it; blame yourself; admit to yourself that you are not enough of a poet to call forth its riches ….”  (Rilke)

At mid-block between 49th and 50th Streets, on the west side of Fifth Avenue, is the Channel Gardens, so named because it lies between the British and French Buildings. Granite pools, with fountains and flowers, lead to the Rockefeller Center ice-skating rink and Christmas tree.

Years ago I found myself on my hands and knees in the Channel Gardens, with my head under a wooden bench, searching for a plaque attached to the base of a granite pool. Tourists standing nearby, not understanding my mission, looked at me nervously. The plaque honors David Hosack. I locate it and decide to learn more about this remarkable man.

In 1795, David Hosack, a physician, was appointed professor of botany at Columbia College. A year later, he became professor of materia medica – the study of the origin and properties of substances used in the practice of medicine. He believed that the establishment of a garden would make the study of botany more interesting for medical students, as well as benefit agriculture and horticulture.

The trustees of Columbia were sympathetic to the project, but felt the College could not afford to fund it. The state legislature failed to provide financial support. “Thus disappointed of that public aid and encouragement which such an undertaking peculiarly demanded,” wrote Dr. Hosack, “I resolved to devote my own private funds, the proceeds of my professional labor, to the prosecution of this object.”

In 1801, Dr Hosack purchased from the city four plots, about 20 acres, for $4,807.36. The site, though exceedingly rough, was cleared and made ready for cultivation. Gardeners and farmers were hired, the latter because Dr.Hosack hoped to help finance his undertaking by developing a farm.

Christine Chapman Robbins, in her biography, “David Hosack: Citizen of New York,” notes that his records for 1803-09 list expenses for horses, oxen, cattle, harrows, wagons, stone carts, and tools for gardening and construction. One entry reads: “£90 a year for George Spence, engaged as farmer, his sister to take charge of the chickens and poultry.” He named the garden in honor of his father who had been born in Elgin, Scotland.

Standing today, as I am, on the former garden site, with buses, cabs and cars rushing down Fifth Avenue, and crowds on the sidewalk, this being one of the busiest areas of the city, I close my eyes and imagine myself in the Elgin Botanic Garden – the garden world created by Dr Hosack.

The garden faced east and south, Dr Hosack wrote, “so that the plants have the advantage of the rising and mid-day sun.” It was enclosed by a stone wall and surrounded by a belt of forest trees: Oak, plane, elm, sugar maple, locust, horse chestnut, mountain ash, basket willow and various species of poplar. Walking along the garden paths, a visitor could see turkey rhubarb, Carolina pinkroot, poppy and foxglove, as well as a nursery “begun for the purpose of introducing into the country the choicest fruits of the table,” wrote Dr Hosack. Nearby, there was a pond full of aquatic plants.

A visitor could continue to “a rocky and elevated spot.” From here could be seen the East and Hudson Rivers. “Beyond these great thoroughfares of business, the fruitful fields of Long-Island and the picturesque shores of New Jersey, give beauty and interest to the prospect.”

Inside the greenhouse are found lemon, citron and orange trees, oleander, myrtle, jasmine, and geraniums. In the hothouses, where tender plants find protection from the city’s climate, are golden pine, sugar cane, cinnamon, ginger, breadfruit and the coffee tree.

Thomas Jefferson, author of the Declaration of Independence and third president of the United States, contributed plants to the garden. Alexander Hamilton, also a Founding Father, would stop to chat with Dr Hosack on the way to the Grange, his country house in Upper Manhattan.

The Elgin Botanic Gardens eventually proved too great a financial burden. In 1809, Dr Hosack wrote the state legislature: “Your memorialist with pain observes, that not having received any public aid which might have diminished his expenses, he is compelled to abandon his plan, as too extensive for his individual resources, and more so than comports with the duties he owes to a rising family.”

The state acquired ownership of the property from Dr Hosack in 1811 for $74,268.75, or $28,000 less than his actual expenditures, he claimed. Without his loving care, the garden soon fell into neglect. In 1814, New York State conveyed the garden site to Columbia College.

Dr Hosack’s generous and quixotic undertaking proved to be of lasting benefit to New York City in ways he could never have foreseen. The buildings of Rockefeller Center cover a major portion of the Elgin  Botanic Garden site, and Columbia’s ownership of this property over the years provided leasehold income to enable a formerly impecunious college to develop into a great university. In 1985, Columbia sold the land under Rockefeller Center to the Rockefeller Group for $400 million. Dr Hosack a man of moderate financial means, became, thereby, the university’s greatest benefactor.

A few steps bring me to the Rockefeller Center ice-skating rink. Here is the magnificent eight-ton gilded bronze sculpture of Prometheus by Paul Manship. Of all the titians in mythology, Prometheus is my favorite, for stealing fire from Zeus to benefit mankind. Without his felonious act, New Yorkers would shiver much of the year. Given climate differences, we think far more about the need for warmth than do residents of Mumbai.

Dominating the scene is the Rockefeller Center Christmas tree, a Norwegian spruce, standing 78-feet tall and weighing 10-tons, its age being 80-years. My age. And now, Dear Reader, prepare yourself for a tectonic shift, from the practical and poetic to the fantastic: A sentient tree.

st was once my home. The silence of a winter forest night, surrounded by companion trees, dark silhouettes against the shimmering star-filled sky. Deer ambling by in the moonlight.

Here I am dwarfed by buildings. My roots no longer sink into the cool, rich earth. Uprooted, I am held in place by steel cables. There is an empty place in the forest where once I stood. My new home is not without pleasures. The forest snow decked me out in white, weighing down my branches. Now I am gaily decorated with colored lights and Christmas ornaments, an easier burden to bear.

Anonymity is a way of life in the forest. Here I enjoy the attention I receive from shoppers, home-ward bound, laden with gifts. From travelers from afar. From young and old, poor and rich, and all gradations in between.

The forest has long periods of silence. The city is alive with sounds. Fifth Avenue roars with traffic. The bells of St. Patrick’s Cathedral peal forth ancient hymns. From Saint Thomas Church, the sound of voices: “Comfort ye, comfort ye my people.” In the Channel Gardens, wire-sculpted Angels proclaim, peace on earth, good will toward man.

There comes a time of night when even the city is at peace. As the streets and sidewalks grow still, my thoughts turn to the future. With the passage of eight decades, my future may be brief. You see me at my prime, yet life ebbs from me with each passing day. Soon there will be an empty place in the heart of a great city where once I stood.