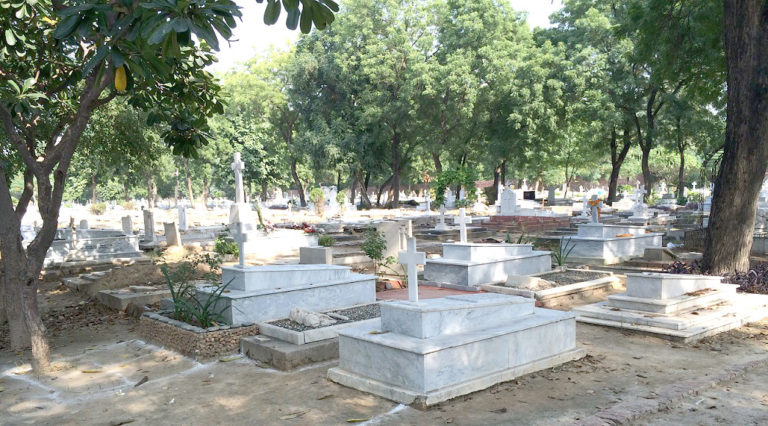 “Here this tomb suffices a man for whom the whole world was not sufficient”. This is the inscription found on the tombstone of Alexander the Great, whom all the world looked up to and was afraid of. This poignant inscription speaks of the futility of man’s ambition. When a man returns to dust from which he was made, he has no attendant but the worm, no food but earth, and none to flatter him but the epitaph.

An epitaph is an inscription upon a tomb or monument in honor or memory of the departed soul. Since people all over the world had made it customary to revile mercilessly the living and praise magnanimously the dead, an epitaph, by extension, of usage, is a brief composition characterizing a dead person truthfully.

The ancient Egyptians were the first to write epitaphs. Though the contents of these epitaphs varied, the form was stereotyped. They were nothing more than prayers.

Ancient Greek epitaphs, unlike the Egyptian, are of great literary interest. Latin inscription usually began with the appropriate words Siste Viator or Aspice Viator which mean ‘Stop wayfarer’. Generally epigrammatic in form, they are rich and varied in expression; and they often display a sense of deep and tender feelings. Here is one on Dionysius of Tarsus in a modernized form.

“I lived quite glad without a dame.
I wish my dad had done the same”.

Unlike the Greeks, who distinguished only their illustrious men by epitaphs, the Romans regularly recorded upon tombstones the names of unknown people. Even a five-year-old child was honoured with an epitaph:

“As his years were not many
So were his troubles small”.

A remarkable feature of many of the Roman epitaphs was the curse they often pronounced upon those who might violate the tomb. The inscription found on the tomb of William Shakespeare at Stratford-on-Avon, said to have been written by the poet himself, is modelled on such an intimidating type:

“Good friend, for Jesus’ sake, forebear
To dig the dust enclosed here,
Blessed be the man that spares these stones
And cursed be he that moves my bones.”

Shakespeare’s bones to this day remain undisturbed. It must be noted that the Christian countries followed the practice of the Romans who honoured all their dead with epitaph. Epitaphs in English began to assume a distinct literary character and value only during the reign of Queen Elizabeth. Many verse-writers made their living purely by writing epitaphs and selling them at fairs. But many of the best known ones are primarily literary memorials, not necessarily intended to be placed on a tomb.

Great men are reputed to have written their own epitaphs. Walter Savage Landor, remembered for his Imaginary conversations, boasted of his virility thus:

“Here lies Landor.
They thought him a Goose
But he proved a Gander.”

John Keats, who died of tuberculosis, is reported to have said that he wanted no name upon his grave, but only the words: “Here lies one whose name was writ in water.” That was the dejected Keats who thought that recognition was out of his reach and his life as a poet a failure. Robert Ross, whose friendship with Oscar Wilde brought him sorrow and worries, was once asked by a friend what he would choose to be written on his tombstone. He replied that at the end of so stormy a career, the appropriate inscription would be: “Here lies one whose name is writ in hot water.” The most remarkable epitaph is perhaps the one Hillaire Belloc wrote on the author in himself:

“When I am dead, I hope it may be said:
‘‘His sins were scarlet, but his books were read’”.

Bernard Shaw, the dare-devil, composed one quite in character on himself: “Who the devil was he?” Samuel Butler of Hudibras fame is honoured with one by Wesley, the Younger. Since Butler died a pauper, the epitaph reads:

“While Butler, needy wretch! was still alive
No generous patron would a dinner give.
See him, when starved to death and turned to dust,
Presented with a monumental bust,
He asked for bread and he received a stone.”

No less an essayist than Hillaire Belloc wrote a pungent epitaph on a politician:

“Here richly, with ridiculous display,
The politician’s corpse was laid away.
While all of his acquaintance sneered and slanged,
I wept, for I had longed to see him hanged.”

Here is a serious epitaph made comic because of a grammatical accident: “Erected to the memory of John Mac-Farlane drowned in the water of Leith by a few affectionate friends.” Marriage doubtless brings bliss to the privileged few but to many it spells disaster. Nine out of every ten believe in the saying: “Bachelors are in need of Wives: married men want to get rid of them.” Read below an epitaph by a relieved husband:

And you know what a wife wrote on the death of her husband?

“Rest in peace
Until we meet again!”