History suggests nobody ever won in Afghanistan 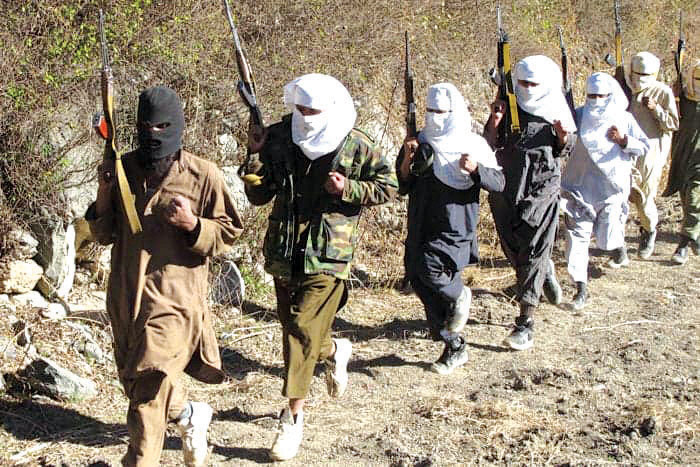 The history of warfare in Afghanistan suggests nobody ever “wins”. The land has been on its own with a bloodied history right from ancient age.

It was very much clear from the day one that America can’t win this war. Fighting at so distant place with hardly any motivation for the combat regulars, it was hard to proceed. Yet the successive US governments followed the suit initiated by their predecessors. The security situation in Afghanistan has been deteriorating and even today, despite all efforts, according to US estimates, government forces control less than 60% of Afghanistan, with the remainder of the country either contested or under the control of the insurgents. The US has already lost, according to the available records of UN’s reports, 1,662 civilian deaths and 3,581 casualties. Armed conflict has claimed the lives of 26,512 civilians and injured 48,931 since 2009. This record has not been updated since July 2017.

Last year in August, US President Donald Trump asserted that US would fight to win this war and had agreed with his generals that troop levels must be increased, reversing the drawdown during the Obama years. He forgot to look at the figures – Obama almost trebled US combat troop levels after coming to power in 2009, in an all-out attempt to finish the war. It did not work, and he had to slash troop levels.

The American people had been arguing over what to do about the 16-year-old war, America’s longest. Afghanistan was invaded by the US in 2001 and has become Washington’s longest military intervention since Vietnam. It has also been the costliest, with more than $100bn spent. Now in an unexpected overture, the Taliban has published an open letter expressing a desire for peace talks. In the letter they call on the ‘American people’ and ‘peace-loving congressmen’ to pressurise the Donald Trump administration into negotiations. The 2,800-word letter is very clear – It says that “if the policy of using force is continued for another one hundred years the outcome will be the same… as you have observed over the last six months since the initiation of US President Donald Trump’s new strategy.”

The letter urged the United States to interact with Afghans generously instead of imposing war. In the letter Taliban asked Trump to study the historical mistakes of his predecessors and to withdraw troops from Afghanistan completely. The letter said: “It seems to be a historical mistake on the part of the previous administrations to have dispatched American youth for the slaughter of Afghans. However, as a responsible American president, you need to study the mistakes of your predecessors and prevent death and injury to American forces in Afghanistan. American youth are not born to be killed in the deserts and mountains of Afghanistan in order to establish the writ of thieves and corrupt officials and neither would their parents approve of them killing civilians in Afghanistan. A number of warmongering congressmen and generals in Afghanistan are pressing you to protract the war in Afghanistan because they seek to preserve their military privileges, but instead you must act responsibly as the fate of many Americans and Afghans alike is tied to this issue.” Thus the Taliban has accused Afghan politicians and generals of protracting the war and occupation for personal gain.

The letter in an attempt to persuade the US public that the war is unwinnable, cites the 3,546 American and foreign soldiers killed, an 87% rise in heroin production in 2017, and the assessment from the US watchdog the Special Inspector General for Afghanistan Reconstruction that Taliban control on the ground has increased significantly. The letter also highlights the tens of billions of dollars spent in Afghanistan “collected from you in tax and revenue” but then given “to thieves and murderers”. In a way the letter is addressed to the common American public.

Earlier the Taliban had refused talks with the government of Afghanistan. For its part, the Taliban refuses to talk to the Afghan government without first discussing the withdrawal of foreign troops with its powerful ally. Now this open letter clearly states that they are open to talks with the United States of America. Taliban’s public plea showcases an effective evolution in their propaganda, as they have started to hit where it hurts simply by telling the truth. The letter is not conveying a serious proposal, but is an attempt to provide cover for a hardline position. Taliban activists have been meeting the US opposition leaders in the past also but in a recent development it invited the libertarian Senator Rand Paul for talks at its office in Qatar.

The US state department is said to be open to peace talks, but it will certainly wish that the insurgents should end their campaign of violence before coming to the negotiation table. The secretary of state, Rex Tillerson has said the US is open to talks with ‘moderate voices’ in the Taliban, which could form part of the Kabul government. On the other side the Afghan government is helpless. It gives the government a chance to end the war since the offer has come from the Taliban.

This is the time when history is created. Being a shrewd businessman and the most hated President by American people Trump will certainly take a chance with the Taliban. That’s the message so far the US administration is giving.