Investing in ELSS: Getting the best of both worlds

ELSS helps create a win-win situation where it helps to cut tax out-go and maximize returns.

In her early thirties, Sheela Limaye has just a few weeks in hand to submit documents related to investments made by her during the financial year passing by to the accounts team of the company she has been working for in Mumbai. She has a home loan commitment, she also has made investments in various life and medical insurance products and Shukla had earlier opened a PPF account to save taxes. This morning a discussion over tax savings with a financial advisor friend has been an eye-opener for this resident of Lucknow. Her advisor suggested that she should have made some investments in Equity Linked Savings Scheme (ELSS), something which she missed till now. There are many Sheelas who tend to forget the existence of ELSS or tax saving mutual funds while making their investment decisions.

In this issue, as countdown to end of the financial year begins, we thought of talking exhaustively about ELSS and how they can really be a good investment decision. There is also a list of 5 Best ELSS schemes. For many tax-payers, who are yet to exhaust their entire limits of investments under section 80C of Income Tax Act 1961, ELSS or tax saving mutual funds, remain one of the best options compared to other instruments under provisions of section 80C. Although, there is a complete range of tax saving instruments available, we believe ELSS scores higher over other options when it comes to tax saving. ELSS in fact, provides a number of benefits unlike most other such instruments in this segment. The return on investments can be higher and it helps to save on tax liabilities hovering over a taxpayer’s head.

So why ELSS is being talked about when we have an entire gamut of instruments with tax saving benefits available u/s80c- like Public Provident Fund (PPF), National Savings Certificate (NSC), Unit Linked Insurance Plan (ULIP), etc.? It is because it provides the best of both worlds, i.e. tax savings and investment. The likes of PPF, NSC and others carry lower risk, however, they come with lower coupon/interest rates, with which one ends up with lower returns on investment as compared to ELSS in the long run.

In simple terms, someone invested Rs1 lakh each in National Saving certificates and an ELSS scheme five years back in 2015. At present, the money would have grown to Rs1, 46,933 assuming 8 percent of the annualised rate in NSC. In case of ELSS, the money would have multiplied to Rs2,36,139 at a rate of 18.75 per cent (annualised average ELSS category return in the last three years) during the same period. This may look exciting because in the last one and half year overall equity market gave positive returns. Nonetheless, it has remained one of the best performers in its class.

An investor turned to ELSS may end up investing in these funds because the tax-savings attracts him and it has the shortest lock-in condition in its category. As equity markets generally fetches good return in the long term, one can expect good returns after a period of three years, which will certainly encourage the investor to channelize his saving towards mutual fund investment, even if some of them do not offer the tax benefit.

Comparison of Some Important Options Under Section 80C The year CY2017 has been a year of small and mid-cap companies. In last one year, the stock of these companies spurred the most on the bourses. While the frontline indices such as Nifty and Sensex have also given good returns, however, nothing close to mid-cap and small cap returns. Funds that were quite agile in their asset allocations in 2017 have outperformed. Tata India Tax Savings Fund remains one of the such funds that has made a tactical asset allocation across the market cap and especially towards mid and small cap stock, which constitutes almost 50% of total assets. This strategy has helped it to outperform the category by 400 basis points in last one year. Even in other time frames, including 10-year, fund has been able to beat its category by 128 basis points, however, the better part of the return has come in recent years. For example, in the last three years the fund has given a return of 17.37 per cent compared to 13.46 per cent return by category in the same period.  Moreover, what is good about the fund is that it has been able to contain its fall when the market in general was in bear phase such as 2001, 2008 and more recently in 2011.

Going deep into the stock selection strategy, fund primarily invests in those companies which have compounding characteristics, strong growth potential, high capital efficiency and good management teams. These companies tend to create wealth for its shareholders. These form the core of the fund’s portfolio. Beyond this fund also looks at tactical opportunities which materialize because of market specific, industry specific or company specific development. Considering the fact that the fund has generated 20.4 percent of the annualised returns since its inception and agile asset allocation, long-term investors can invest in this fund. remained laggard only in its first year of existence. Since then it has outperformed its category every year. This has helped the fund to amass a corpus size of Rs897 crore at the end of December 2017. The fund managed by Daylynn Gerard Paul Pinto since 2016 has consistently outperformed its category returns as well as the broader market. In last three years fund has given annualized return of 16.99 per cent compared to 13.46 per cent by the category. Comparing the returns from broader market, in last three calendar years every year fund has outperformed the S&P CNX Nifty including 2011, when the Nifty fell by 25 per cent, fund was able to arrest its fall to 23 per cent.

The fund’s investment strategy, which earlier revolved around investing in a concentrated portfolio has now a well diversified portfolio of around 76 stocks and utilizes bottoms-up stock picking. What is also worth noting is that the fund does not have large exposure to any particular company and top 10 stocks constitute only 25.92 per cent of the total assets. The strategy seems to have worked well with the fund and helped it to outperform the market. Currently the fund manager is bullish on Financials that constitute 22.5 percent of total assets, followed by health care that constitutes 10.83 per cent of the portfolio. Thus, looking at the fund’s portfolio and its performance over the year high-risk investors can take a limited exposure to the fund.

This is a fund that does not follow the conventional asset allocation process, and invests major part of the assets of its portfolio in large cap stocks. This strategy has its own advantages and disadvantages. For example, one may not receive consistent returns, however, better part is few years of outperformance may cover up the lost ground and some more. In last 7 years ending 2017, the fund has under-performed its benchmark three years, however, a couple of years of outperformance by huge margin has helped the fund to remain in the top quartile of performers in the long run. The fund has parked almost 80 per cent of its portfolio in small and mid-cap stocks. It is quite higher compared to its category, which invests on an average below 50 percent in small and mid cap stocks. This has helped the fund to beat its category return in the long term, though, in some years it may have lagged.

In the last three years the fund has generated an annual return of 15.89 per cent as against 13.46 per cent generated by the category and 8.4 per cent by its benchmark, Nifty50. The stock picking strategy adopted by the fund manager clearly favours those companies with strong growth outlook and managed by ethical managements. Though the fund has generated good returns and remained a top performer, looking at the portfolio construction, we believe that this fund is suitable only for aggressive investors with a higher risk appetite and with slightly longer-term investment horizon.

If you are one of those conservative investors who are looking out for a fund with proven stability and a decent track record, then your search ends here. The L&T Tax Advantage Fund, which was earlier known as Fidelity Tax Advantage Fund is best suited for such investors as it has one of the lowest beta (volatility) of 0.92 and again one of the highest sharpe (risk-adjusted returns) ratio of 0.88 among our selected list of ELSS funds. The fund has been able to perform in rising as well as in falling markets. During the calendar year of 2008 and 2011, when the market gave negative return, the fund had been able to contain its fall below its benchmark. Similarly, when the market was bullish during 2009 and 2016, it once again outperformed its benchmark.

At the end of December 2017, large-cap stocks contributed almost 54 per cent of the fund’s equity portfolio. The fund was almost entirely invested in the equity markets and held mere 0.04 per cent in cash. While it held a highly diversified portfolio of 67 stocks with top ten stocks accounting for marginal 31.3 per cent of net assets. The funds top three sectors, namely financial, automobile and construction contributed almost 44 per cent of the net assets in totality. Despite such a defensive market-cap and stock strategy, the fund has put up a decent show in terms of the relative performance with its category peers in the long run and a higher sharpe ratio, mainly due to the right sectoral and stock calls. The fund has outpaced its category returns by 4.75% and 2.9% in one and three-year period. Such a performance has helped this fund to attract larger audience and raise its AUM to Rs 2927 crore. The fund is managed by Soumendra Nath Lahiri since Nov 2012 that ensures stability and consistency in the funds management and performance.

Here comes a fund that was a slow starter and underperformed its benchmark in all the first four years of existence. Nevertheless, since then it has continuously improved its performance and last year it remained in the top quartile in terms of performance. In the last one year it has outpaced its category by considerable 954 basis points. Since its inception more than ten years back, it has pleased its investors with over 17.71% annualized return that means if one had invested Rs one lakh in this fund since its inception, the investment would have been a little over Rs36 lakh which is amazing.

The main reason behind such a performance is its tactical allocation across sectors, stocks and market-caps. The fund manager in the last more than one year has made all the right moves to get the funds performance on the right track. To select the right stock for portfolio, fund attempts to identify the individual companies that it considers to have high growth potential, that are market share leaders and have high quality management with a consistent track record and solid balance sheets. 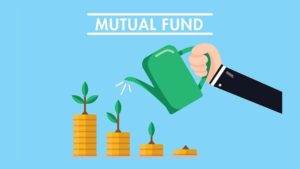 All you wanted to know about Hybrid Funds 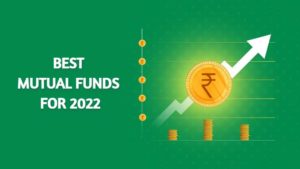 What should be your ideal investment horizon for Mid-cap funds?

How to Select a Mutual Fund