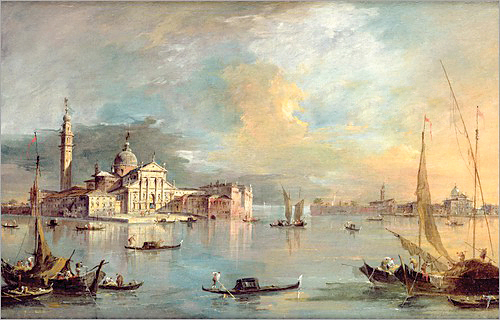 The cultural life of New York City is forever vibrant.

In my pocket notebook, where I record critical personal information — blood pressure, names of favorite wines and cheeses — I devote a full page to listing “must see” art exhibitions, among them, Michelangelo, Rodin, Munch, Hockney, along with the closing date for each. Too often, I arrive to find that the show has ended. This almost happened at the Metropolitan Museum of Art exhibition,”Leonardo to Matisse, Master Drawings from the Robert Lehman Collection.” I arrived on the final day with less than two hours remaining, making for a breathless viewing experience.

A favorite drawing of mine in the Lehman Collection is  Rembrandt’s red-chalk drawing after Leonardo da Vinci’s mural of the “Last Supper,” described as Rembrandt’s “moving interpretation of a Renaissance masterpiece.” Here a master honors a master from another age and from another land.

I am drawn to Goya’s,”Self-Portrait in a Cocked Hat.” Much of Goya’s work has dark themes, an example being his 54 etchings in “Disasters of War,” bearing grim captions such as,”Bury them and be silent.” “Why?” The etchings could be scenes of present-day Syria or Yemen. In “Self-Portrait,” how thrilling to come upon a dashing Goya in his tricorne hat.

Rembrandt, like Goya, was drawn to people living lives of desperation. They were a lifelong interest of his. He was not unique in selecting beggars as subjects. The originality lay in his approach. He never represented beggars as comical figures, intended to amuse the viewer. As Jakob Rosenberg writes in “Rembrandt, Life and Work,” “His emphasis lies on their deplorable condition, on their loneliness, exhaustion, and tragic degradation….”

I attend a second exhibition of master drawings, this one at the Morgan Library and Museum: “Drawn to Greatness: Master Drawings from the Thaw Collection.” A number of the drawings evoke personal memories.

After leaving the leaden skies of Northern Europe for Provence, Van Gogh found himself exhilarated by the new world of color about him. To Theo, his devoted brother, he writes: “What an opportunity! Nature here is so extraordinarily beautiful. It’s the chance of a lifetime.” Van Gogh sought to make his work a personal witness to what “filled his head and his heart.” He writes,”I am seeing the same cypresses and oleanders” as did Petrarch. In Provence, I see olive groves and pines as painted by Van Gogh, seen years earlier by me on museum walls.

In a letter to the painter, Emile Bernard, Van Gogh wrote, “I revel in… [the wheat fields] like a cicada.” Other letters to Bernard in the Thaw Collection contain sketches of orchards and the bridge at Arles. To Gauguin, he sends a letter with a sketch of his bedroom at Arles and writes to Theo of his intention to “express an absolute restfulness” in the bedroom scene. This is the yellow house he rented, close to the Rhone, on which he devoted, loving care, hoping that other artists would join him there to create together a “studio of the future.” Only Gauguin came, his visit ending in disaster.

Late afternoon at the Monastery of St. Paul-de-Mausole. The olive grove is brimming with life. Butterflies, birds, cicadas, lizards. In the distance, the Alpilles. I lie in the field, reading Vincent’s letters to Theo.

As with the Norwegian artist, Edvard Munch, an exhibition of his work is now at the Met Breur, who wrote that he had to “battle to just keep myself upright,” Van Gogh had his own demons to battle. Two months after leaving St. Remy, Van Gogh committed suicide at age 37. He died in his brother’s arms. Theo died six months later. Vincent and Theo are buried by each other in the cemetery at Auvers-sur-Oise. esco Guardi’s  drawing,”View of Venice from the Doghana ortico,” in the Thaw Collection. Day or night, this is my favorite view of Venice. Here the waters of the Grand Canal and lagoon meet. From the Doghana (the Custom House), I see the domes of San Marco, the Campanile and the Doge’s Palace, resembling more a confection, with its fanciful design, than the nerve center of a once powerful state. Directly across the water is the island of San Giorgio Maggiore, with its magnificent Palladian church. And on the island of Giudecca, two other Palladian churches: the Zitelle and Il Redentore.

I enjoy spending hours sitting on the stone embankment by the Dogana, looking upon the scene depicted by Guardi. With the commencement of evening vespers, the church bells of Venice converse, one with another, the bells of Santa Maria Della Salute concluding the conversation. At night, the lights of Venice dance upon the dark waters of the lagoon. Later in the evening, I return to my pensione. The waters of the Giudecca Canal lap against the embankment beneath my windows. Sleep comes upon me.

Peace be with you, Mark, my evangelist.

From my pocket notebook:

Howard, the English prison reformer and Romney, the portrait painter of English society. Romney is best known for his more than 20 portraits of Emma Hart, later Lady Hamilton, and later still, lover of Lord Nelson  — an inspiring “divine lady,” in Romney’s words.

The improbability of Romney doing prison drawings aroused my curiosity, as did the prison reform work of Howard, since I have been a visitor to prisons for decades in connection with the reform activities of the Correctional Association of New York.

In 1773, at age 47, John Howard, a landowner living a secluded life with an interest in meteorological observations, was appointed high sheriff of Bedfordshire.

He took his appointment seriously to the surprise of many and embarked on inspections of prisons, On his visits, Howard found wretched conditions. These led him to advocate for clothing for half-naked prisoners; for clean, healthy prisons; for separation of prisoners by age, sex and the nature of their offense, Through his prison visits, research and advocacy, he made prison reform an important reform cause in England.

Following Howard’s death in 1790, Romney, now age 56, began a series of drawings depicting Howard’s prison visits. As with Howard before him, Romney, late in life, and to his own surprise, found himself immersed in the world of prisons. With enthusiasm, he sketched 500 prison drawings, the largest group by far that he produced on a single subject.

A Romney drawing in his series,”John Howard Visiting a Prison,” is in the Thaw Collection.

“[T]he basic composition Romney adopted for these scenes” show Howard and the jailor entering “a dark cell tightly packed with a mass of suffering prisoners: men, women — even children,” writes Yvonne Romney Dixon in “Designs from Fancy, George Romney’s Shakespearean Drawings.” She continues: “In all the Howard drawings the same general concept is followed: a mass of wretched human beings looks toward an angel of salvation.”

Suffering humanity portrayed by George Romney awaiting its rescuer in the form of John Howard.