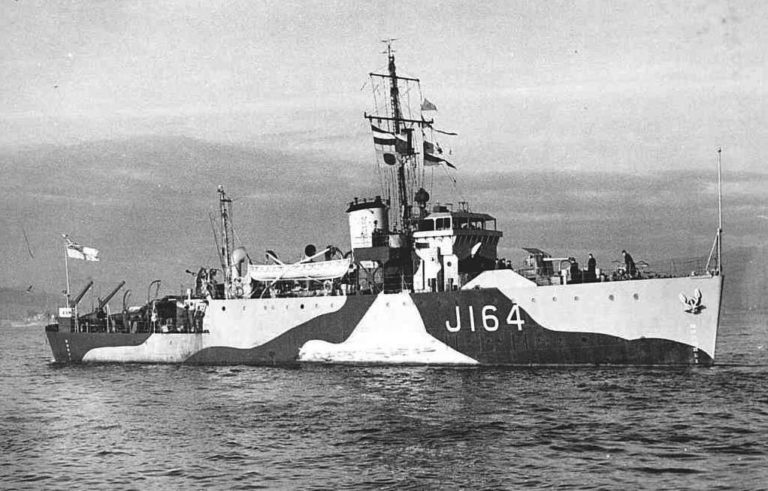 Not many today would be able to recall the historic days of February 1946, when the revolt of the naval ratings at Bombay and later on in other ports, not only rocked the port cities and naval establishments of Bombay, Karachi and New Delhi, but also shook the very foundations of the British Empire. It was called a mutiny by the British rulers, though they knew it was the death-knell of their 250 years old empire. But the importance of that revolt has not been fully appreciated. Coming in the wake of the August 1942 ‘Quit India Movement’ and following the freedom march – Delhi Chalo campaign – of the INA under the command of Subhash Chandra Bose, the aborted revolt of the naval ratings was indeed a turning point in recent history. Here was a signal, loud and clear that the alien rulers could no longer depend or rely upon the ‘loyalty’ of their Indian armed forces. The time had come for them to pack up and quit.

Sailors held Gandhi in high esteem and the revolt was conducted in the spirit of a true Satyagrah, and was called off when so ordered by the political leaders that be, whatever their fears, misgivings and political considerations. At last Gandhi’s advice was in the negative and thus the British rules existed for all defence personnel in active service. India was partitioned and the new rulers too termed the uprising ‘Rin Mutiny’ and administrative machinery remained unchanged. As a result, many sailors and mass supporters fell victims to such an arbitrary policy that some died of hunger and malnourishment.

Certainly no one would appreciate the attitude of the politicians who compromised with the idea of bifurcation of India whereas both Atlee and Mountbatten confessed about the big role played by the RIN uprising. It was not just a fight for bread, pulse and some service demands as Nehru’s chamchas in the garb of well-educated historians have propagated extensively. They have also left behind controversial, impugned and polemic records to put the serious historians, research scholars and all in a dilemma. The valorous and most heroic deeds of Indian sailors, unparalleled in the world were suppressed. Ratings had jointly prepared and placed a Charter of Demands which included political and service demands. The rulers could not pacify the ratings. On one hand, they exalted the ratings for past activities and on the other suppressed them with threats of destroying the RIN by British Fleets.

RIN ratings, mostly teenagers, received full support and co-operation from the masses in general, although not from the national leaders. They followed the footsteps of INA personnel and strictly pursued the idealism and the path of Netaji. Well disciplined, fearless and courageous Indian sailors transformed RIN to be known as INN or Indian National Navy. They replaced Union Jacks and British Flags by Tri-colours and hoisted on the Mast of each and every warship and all naval shore establishments now under their command.

RIN ratings action plan commenced with Hunger Strike on Gandhian line, and ended with the so called Gandhites betrayal. In Calcutta Raj Bhawan, ex-Prime Minister of Britain, Clement Atlee had disclosed the truth to the then acting Governor of WB, Justice P.B. Chakraborty that RIN Mutiny, which started just after the failure of INA gave vent to India’s attaining full Independence and not for Satyagraha or Nonviolence movements. Mountbatten narrated the same story but in different wordings. Patel advised Ratings to surrender. Moulana Abul Kalam Azad, then President of Congress, too declined his support. Leaders of Hindu Mahasabha Veer Savarkar, NC Chatterjee, Dr. N.B. Khare and others rallied round INA and INN. RIN Uprising was a total and well organised armed revolution in which Hindus, Muslims, Christians, and Sikhs participated. Netaji’s clarion call to fight out breaking the shackle of slavery was accepted by RIN ratings in toto.

And ‘chickenhearted’ Congress leaders got all the credit

Congress leadership wished to use the naval uprising and the mass support as a lever or pressure in their political talks with the British/Indian Government. Maulana Azad, then President of the INC has made some keen observations in his book India Wins Freedom. Azad noted that “… Earlier some officers of the Indian Navy had met me in Karachi. Among other things they had complained about racial discrimination and said that their protests and representations against such discrimination had been of no avail. One day I suddenly read in the newspapers that they had resorted to direct action. They had given notice to the government that unless their demands were met by a particular date they would in a body, resign. This date had now passed and they held a mass meeting in Bombay. The news electrified the country and a vast majority of the people at once sided with them.”

He continues: “It was clear to me that this was not an appropriate time for any mass movement or direct action. We must now watch the course of events and carry on negotiations with the British government. I, therefore, felt that this move on the part of the officers of the Indian Navy was wrong. If they suffered from racial discrimination this was not an evil peculiar to them and one common to all sections of the Army and the Air Force. They were justified in protesting against the discrimination, but recourse to direct action seemed to me unwise….Aruna Asaf Ali came to Delhi to win my support. I told her that the officers had not acted wisely and my advice to them was that they must go back to work unconditionally. Sardar Vallabhbhai Patel was then in Bombay and he also consulted me. I told him that the steps taken by the naval officers were wrong and they should go back to work.”

Maulana Azad sought an interview with the Commander-in Chief, Lord Auchinleck, and put forward his viewpoint that: The Congress had not approved of the action of the naval officers and has advised them to go back to work unconditionally. Congress is, however, anxious that there should be no victimization. If the government adopted any vindictive measures, Congress would take up the cause of these officers. And, the racial discrimination and other grievances of the naval officers must be examined and removed.

Lord Auchinleck assured Maulana Azad, who issued a statement calling upon the rebels to return to duty.

But he had to acknowledge that: “The Revolt of the Naval officers in Bombay was of special significance in the context of existing circumstances. This was the first time since 1857 that a section of the defence forces had openly rebelled against the British on a political issue. The rebellion was not an isolated event, for there had earlier been the formation of the Indian National Army under Subhas Chandra Bose out of Indian prisoners of war. This army had attacked India in 1944 and was at one stage on the point of capturing Imphal. All these developments convinced the British that they could no longer rely on the armed forces unless the political problem of India was satisfactorily solved.”

The troubles in the Navy began, on 18 February, 1946. On the very next day, 19 February, 1946, Lord Pethick-Lawrence in the House of Lords and Prime Minister Attlee in the House of Commons made a simultaneous announcement that in view of the paramount importance, His Majesty’s Government had decided to send out to India a special mission consisting of three Cabinet Ministers (Cripps Commission) to seek, in association with the Viceroy, an agreement with those leaders on the principles and procedure relating to the constitutional issue. Thus the decision of dispatching a Cabinet Mission was hastened by the revolt of the naval ratings. It was felt that the grant of independence to India was now a certainty. Prime Minister Attlee in the House of Commons on 15 March, 1946, said “that the tide of nationalism was running very fast in India and that it was time for clear and definite action.” The temperature of 1946 was not the temperature of 1920, 1930, or even 1942.

The Cabinet Mission arrived in New Delhi on 24 March, 1946. But soon the initiative was lost. The unity of purpose as reflected in the INA struggle and in the wake of the INA trial, as also during the short duration of the Naval Uprising was lost in the game of prolonged negotiations and bargaining sessions in New Delhi and in Shimla. There were claims and counterclaims and the political stands of different parties hardened. With breaches becoming pronounced, the Cabinet Mission soon took over the role of arbitrators, and gained an upper hand, in the protracted parleys. And when the Indian parties could not overcome their differences, the Mission packed up and went home. Another year passed, one of street battles and direct actions, of riots and what not, before suddenly out of the blue, came the Mountbatten Plan to divide and quit.

One can only wonder, could there have been a different scenario and a different future for the people of the Indian sub-continent if the unity of purpose and common interests as reflected during the last phases of the struggle for freedom and resting on the unity of Hindus, Muslims and Sikhs and other communities had been pursued, and if the momentum of militant and nationalistic urges had been kept up against the common enemy?