The opportunities brought GAC to India 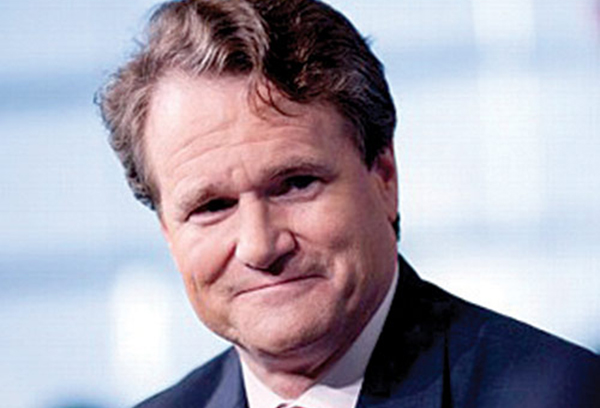 It was the first time Bank of America’s (BofA) powerful global advisory council (GAC), a 14-member board comprising of business, academic and public policy leaders from across the world, met in India on February 28 and March 1. The board, chaired by former US secretary of state John Kerry, also includes BofA CEO Brian Moynihan and 12 other business and policy leaders from different countries, including Reliance Industries chairman Mukesh Ambani. Kerry was appointed as GAC chairman in October 2017. Charlotte-based BofA is US’ second-largest bank with $2.28 trillion in assets at the end of December. GAC advises the lender on its global strategy and operations and assists the bank with relationships and opportunities around the world. It also gives a perspective on the local market opportunities that BofA can take advantage of. BofA has been in India for over 53 years after commencing operations through its Mumbai branch in 1964. Currently, it has four branches operating in Mumbai, Delhi, Chennai and Bengaluru. This was a very significant event.

Many other institutions and companies are going gaga over India. And they have their own reasons. Amazon has announced that more people joined its Prime programme in India in the first year than they have seen in any other country, whereas Apple reported double-digit growth in its revenue from India for the quarter ended December. Globalization which happened 20 years ago continues to play out.

India grew at a very strong pace of 7.5% p.a. in the three years of 2014-17 (the first three years of the present government) with growth exceeding 8% in 2015-16.  There was a temporary slippage in growth in the last two quarters, but it was due to a transitional effect of demonetization and GST. Since that effect is now over, now all indicators – IIP, Core Sector, Index, automobile, consumer spending, etc. are pointing out a strong growth pick up.

The December quarter was not bad as several companies have posted double digit year-on-year volume growth, mainly because of the low base after a demonetisation-induced dip in demand in the year-ago quarter. The country’s rating has been upgraded by Moody’s. In Davos, where Prime Minister Narendra Modi was present, various CEOs spoke showing their interest around India and what they could do here. Prime Minister Modi’s focus on issues like improving the state of sanitation, women empowerment, and health care has drawn much attention. His government’s target to have a 7.5% GDP growth, keeping inflation in check, moving up in ease of doing business, and opening up investments are the ingredients foreign companies needed. As regards to BRICS, China and India continue to perform, while Brazil is restructuring its economy and Russia is coping with US sanctions. Thus the India story remains intact.

When prime minister Narendra Modi announced demonetisation there were chaos around but being a large economy the ups and downs were inevitable. A country rooted in conservative ideas with numerous religious concepts it was not easy to change people’s behavior.

India’s going to be the third-largest incremental GDP growth engine by 2030. That’s significant considering India’s size relative to the other massive geographies out there, like China or the US. India stands to become one of the largest growth engines in the world. Twenty-five years ago, India embarked on a journey of economic liberalization, opening its doors to globalization and market forces. Powered by a rising middle class that’s expected to more than triple to 89 million households by 2025, India has an attractive long-term future and compares favorably with other emerging markets. What’s powering that growth is two or three things that are pretty unshakable. First is the trend toward urbanization, which is going to increase consumption power massively, as well as economic leverage. India’s growth is at an inflection point. This is something we will see pan out over the next 10 to 15 years.

Even global economic activity is on the course of gradual improvement and the world GDP is projected to grow at the rate of 3.7 per cent in 2018, after remaining subdued. Significant improvement in investment, trade, and industrial production, coupled with strengthening business and consumer confidence, are supporting the recovery.

Brian T Moynihan, CEO of Bank of America is optimistic about growth in India. He said that in India, “we project 7.5% growth next year, which is sizeable compared to other countries. This means investors would be driven by opportunities than a 50 basis point hike in the US. Ultimately, it’s about the opportunity to invest in India, own assets and manufacture and sell assets domestically, which will determine companies’ views (on India) and right now the world is very positive on India.”

This is another confirmation of India’s growing stature in global business.